Bernd Wiesberger claimed his second Rolex Series title of 2019 and third European Tour victory of the season with a hard-fought victory in the Italian Open.  The Austrian started the day three shots behind overnight leader Matthew Fitzpatrick, but carded a bogey free final round of 65 to finish one shot clear of the Englishman on 16 under par. 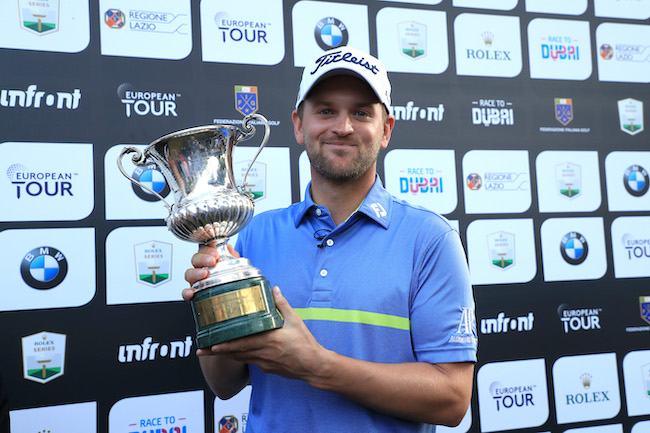 Aiming for happily smug but not overly so....

Wiesberger posted three consecutive birdies from the fifth hole followed by a further gain on the ninth and he went to the top of the leaderboard when Fitzpatrick, who had birdied the second, hit it out of bounds on the ninth leading to a double bogey.

He looked comfortably in control on the back nine with birdies on the 14th and 16th holes, but Fitzpatrick staged an impressive fightback with three birdies in his final six holes but the former Ryder Cup player could not find another on the last as he came up one stroke short.

That meant Wiesberger became the fifth player to win multiple Rolex Series titles after his maiden win at the Scottish Open in July. He now leads the European Tour’s Race to Dubai with just six events remaining, having also won May's Made in Denmark following seven months out in 2018 due to a wrist injury.

"It's been a great summer for me. I've had a lot of good golf shown and a lot of progress after coming back from the last year,” Wiesberger said.  "I've won three times this year and it's been the same every time, I've just really enjoyed my time and I'm positive to be back out there because I know how tough it was when I had to withdraw from these great events.” 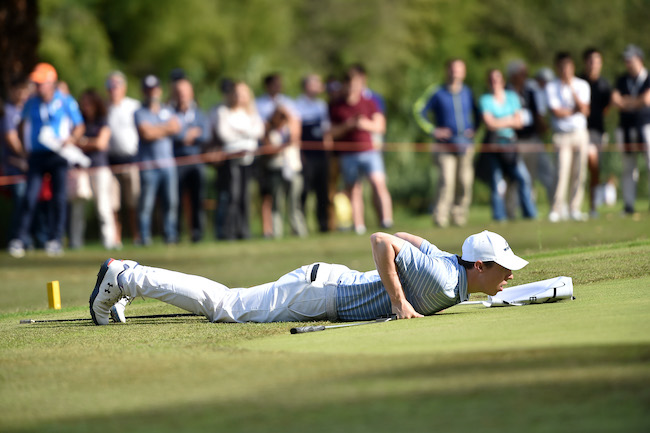 Always the bridesmaid.... might just lie here for a bit!

Fitzpatrick signed for a round of 69 for a total of 15 under par as he finished runner up for the fourth time this season, having also come second in the Honma Hong Kong Open, the BMW International and the Scandinavian Invitation.

“To lose by one is obviously very disappointing. I think I've played well when I've been up there on a Sunday, just other people really keep grinding and I keep coming up from behind” said Fitzpatrick. “It is what it is. It's still a great week, I'm here to win and not here to just make up the numbers."

American Kurt Kitayama finished third on 12 under after a 71, a shot clear of England's Andrew Johnston (68), Scot Robert MacIntyre (71) and another Austrian in Matthias Schwab (66) who shared fourth on 11 under par. Francesco Laporta posted a final round 68 to finish as the leading Italian player in a three-way share of seventh place.

It was another first-time winner on the PGA Tour as American Lanto Griffin clinched a one-shot victory at the Houston Open. Griffin was locked into a battle down the stretch at the Golf Club of Houston with Mark Hubbard and Scott Harrington both of which were also hunting that elusive first win on the PGA Tour. 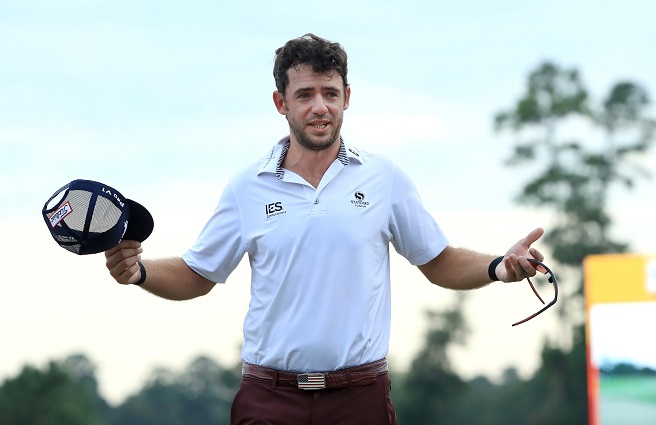 Griffin, who ranks number 176th in the world rankings carded a three-under final round of 69 for a 14-under winning total. He now looks forward to teeing up both at the Players Championship and at Augusta next April.

Griffin took a one-shot lead down the last hole but an errant drive found a poor lie in the rough. He managed to get his second shot to the edge of the green and held his nerve to two putt, from some sixty feet.

"I learned you don't have to win," Griffin said after his victory, which has earned him $1.3m in prize money. The 31-year-old American also moves to the head of the FedEx Cup rankings as the PGA Tour heads to Asia.

It would have been a fairy tale win for Harrington, a player who strived for 16 years before making it on to the PGA Tour and gave up a year to be with his wife, who had cancer. Having birdied the 15th and then stiffing it at the par three 16th he was tied for the lead. Sadly, he three putted from long range at the 17th hole and missed a 15-foot birdie putt on the 18th to force a play-off.

Hubbard had led the field until he missed his only fairway on Sunday on the par five 15th. A bogey followed and standing on the final tee he found himself one behind Griffin. A good drive and approach at the tough par four 18th hole set up a twenty five foot birdie chance but he missed and so had to settle for joint second place after a 69.

Emilio Cuartero Blanco secured an emotional maiden victory on the European Challenge Tour after defeating Oscar Lengden on the third play-off hole of the Stone Irish Challenge.  The final round of the tournament, which was being played at Headfort Golf Club, was cancelled as heavy rains water-logged the course, rendering it unplayable. 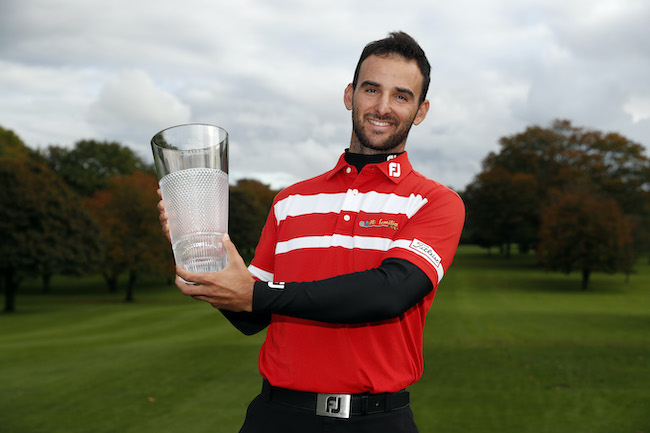 With Cuartero Blanco and Lengden sharing the 54-hole lead on 11 under par, a play-off held on the par three 17th hole was required to determine a winner.

Both players carded two-putt pars on the first extra hole and on the second, both nearly chipped in after missing the green. The third time around, Cuartero Blanco holed a birdie putt from 12 feet, and when Lengden’s birdie effort from ten feet burned the edge, the Spaniard secured his first victory in five seasons on the Challenge Tour.

“I remember the first year I got onto the Challenge Tour five years ago, I thought I was going to win a couple, maybe three and get to the European Tour,” he said “Then I got shocked with reality. I’ve been close before, but now, it’s just one of those feelings I can’t describe.

The victory dramatically alters the course of the season for the 28-year-old, who now moves to 41st on the Road to Mallorca Rankings, and gains entry into the limited-field Hainan and Foshan Opens.

“This was going to be the last tournament of the year for me,” he said. “I was 100th on the Rankings, and it was one of those years where you battle and the scores don’t go the right way, but you know you’re doing things well.”

The win came so suddenly for Cuartero Blanco that he will forgo the Hainan Open in order to obtain the necessary travel visa for the Foshan Open, where he will then try to earn a spot in the season-ending Challenge Tour Grand Final, which is reserved for the top 45 players on the Road to Mallorca.

“I don’t even know how I played this good with all the swing changes I’m doing. I was just trying to play golf and have no back pain, and I ended up winning."

“Maybe it’s because I’m having fun, but I don’t know. I don’t want to think about it too much I just want to enjoy it. Now I know I can win. I know it’s not four rounds and all that, but a win is a win.”