Payne Stewart was reputed to have the biggest wardrobe of all professional golfers. He was famous for wearing distinctive attire, including a hybrid mix of plus fours and knickerbockers, a throwback to the golf ‘uniform’ of the 1920s and 1930s. With his trademark cap, Stewart was aslo sponsored by the NFL and as part of the deal he would also wear the colours of whichever American Football team the tournament was closest to. He won three majors before his sad and untimely death in a plane accident in 1999, just a few months after famously winning the US Open at Pinehurst.

Joel Sjoholm may not have had the stellar career that Stewart enjoyed, spending most of his time on the European Challenge Tour, but he does have a reputation for being a tremendous chap, up for a beer and a chat, and not averse to keeping the plus four flag flying. But does he beat Payne Stewart in the short trouser stakes?

Joel Sjoholm: There's something vaguely militaristic about the black plus 4s here, particularly with matching socks and shoes; perhaps he was going for Weimar Republic severity to instil fear into his opponents?

Payne Stewart: If you're going to wear plus fours, you might as well do it properly in Monarch of the Gleneagles checks, jaunty cap and patterned socks.

Who wore it better? The tie 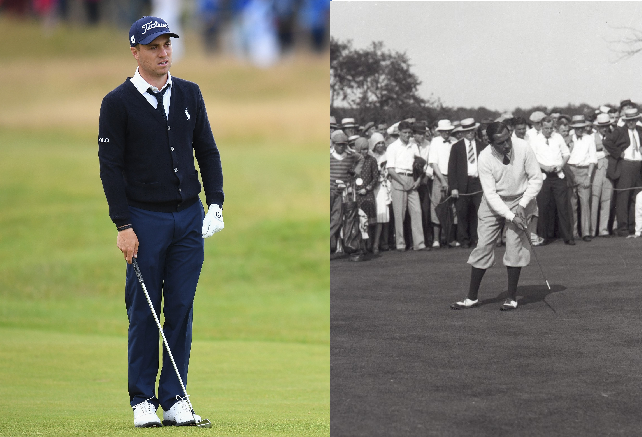 Swede puts injury problems behind him heading into weekend