Latest  >  THE HERO CHALLENGE IN DUBAI

THE HERO CHALLENGE IN DUBAI

In the final Hero Challenge of the year South African Erik van Rooyen defeated former Masters Champion Danny Willett. You know the Hero Challenge, it’s the one where 6 top pros compete at target golf, hitting to a floating green out in an expanse of water. The closer to the flag you are the more points you score, with the closest ring being 50 points the next 25, well you get the gist. 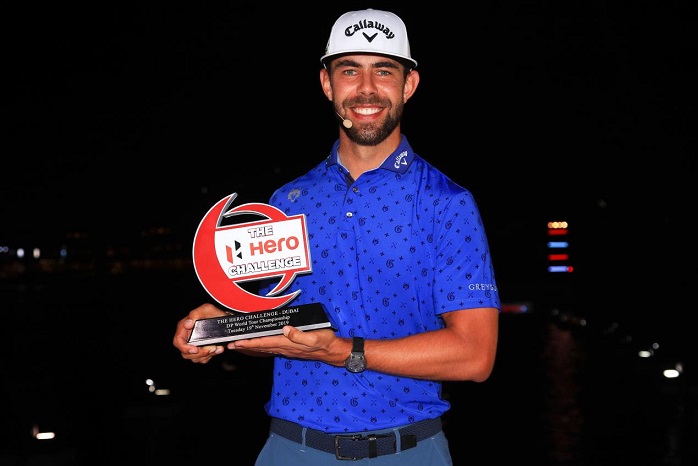 Hmmm why have I still got this mic on?

Van Rooyen fired one ‘bullseye’ 50 in the final to finish with 140 points, edging out Willett’s total of 105.

It was Van Rooyen’s debut in the European Tour’s innovative shootout which was played under lights in front of the spectacular Atlantis, The Palm, in Dubai where the Tour’s leading players are gathered for the season-ending DP World Tour Championship.

Willett will be defending that Rolex Series title at Jumeirah Golf Estates on Thursday, but he was unable to overcome Van Rooyen in the final of the Hero Challenge, with the Scandinavian Invitation champion claiming victory on his debut in the event.

“That was awesome,” said van Rooyen. “It was a lot of fun and really cool to have all the people around and hit from the stage over the water.

“I really didn’t know what to expect. I had seen it on TV, but it was great fun to do it here in Dubai. It is a cool initiative of the European Tour and it showcases us in a different light.

“It’s so intense when we are playing tournaments but something like this is fun and helps to get people involved in golf in a different way. There are a lot of great players here this week and it was nice to do this with some of them. To kick off the week by winning the Hero Challenge is great and I’m looking forward to playing in the DP World Tour Championship for the second time.” 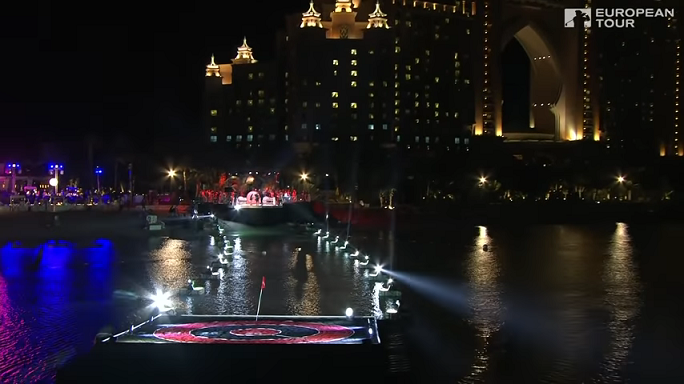 I reckon I could hit that four times out of five on a good day. Say, with this wind... say, say seven times out of ten.

Current Open Champion Lowry and former Open Champion Stenson, the winner of the Hero Challenge Dubai last year, both bowed out in the first round.

Willett then defeated Cabrera Bello in the first semi-final, before van Rooyen held off former Masters Champion Reed to progress to the final where he beat Willett to mark the tenth edition of the popular Hero Challenge.

The exciting night-golf spectacle was a fitting finale for the 2019 Hero Challenge series, which began at Liverpool’s Princes Docks when local star Tommy Fleetwood triumphed prior to hosting the Betfred British Masters. Matthew Fitzpatrick then secured his maiden Hero Challenge victory ahead of the Aberdeen Standard Investments Scottish Open. 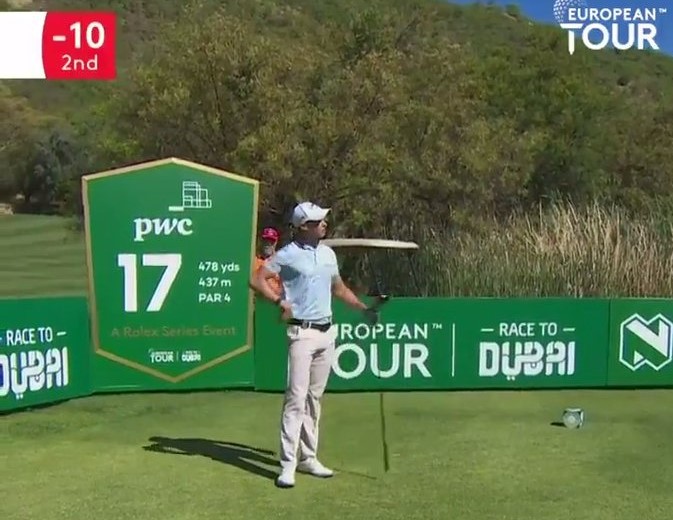