Southgate and Perez lead in Scotland

England’s Matthew Southgate and Victor Perez of France take a two shot lead into the final round at the Old Course, St Andrews in the Alfred Dunhill Links Championship. Perez shot his second 64 of the week at Kingsbarns Golf Links to move to twenty under and was joined at the top of the leaderboard by Southgate who birdied his final hole at St Andrews to card a 65. 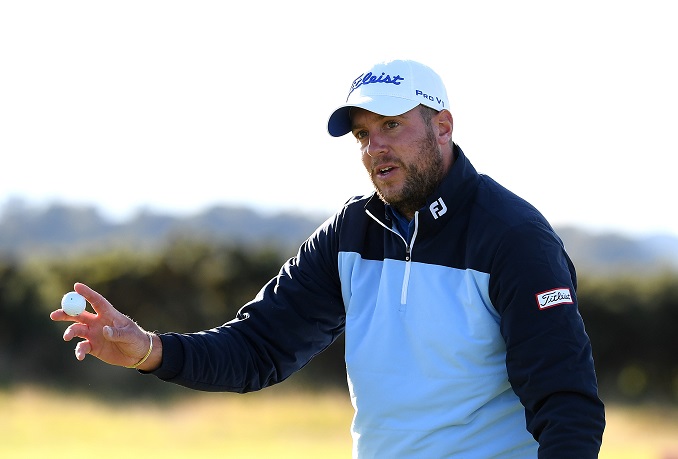 England's Paul Waring is two shots back on 18 under after an excellent 65 at Carnoustie. One behind Waring are American Tony Finau and Swede Joakim Lagergren, both of whom played St Andrews in round three.

Southgate grew up playing seaside golf and is very much at home on the links of East Scotland but Perez is a little more surprising leader. The Frenchman hails from a small town at the foot of the Pyrenees but moved to Dundee last year to be with his girlfriend. He obviously is feeling comfortable this week as he shot 68 at Carnoustie and had nine birdies and just one single dropped shot in his third round.

“It's definitely what we practise for. It's the home of golf, in the final group. What more to ask?” said the 27-year-old after his round.

Southgate was also very happy with his week’s work so far. "We've played 54 holes and 51 of them haven't looked like dropping a shot, really," he said. "It's been pretty special stuff tee to green and sticking to the game plan and ticking a lot of boxes.”

The man from Southend had eight birdies in his round at St Andrews, four on each nine with just one blemish, a bogey five at the par five 14th hole.

Finau carded a 66 and Lagergren a 68 to sit a shot ahead of English duo Luke Donald and Jordan Smith, and Italian Andrea Pavan.

Pavan and Chris Goodwin shared the lead in the team contest alongside Tommy Fleetwood and Ogden Phipps at twenty-nine under, one shot clear of Rory McIlroy and dad Gerry, and Southgate and Peter Dawson.