The fairy tale has slowly unwound. Local boy, Darren Clarke, who led the field off on Thursday in the 148th Open Championship, took seven at the last to miss the cut. Rory McIlroy, who famously shot 61 around Royal Portrush at the age of 16, shot 65, equalling best score of the day, but agonisingly missed the cut by one. And our man, Gmac, held firm just making it through on the cut line, nine back from the leader. 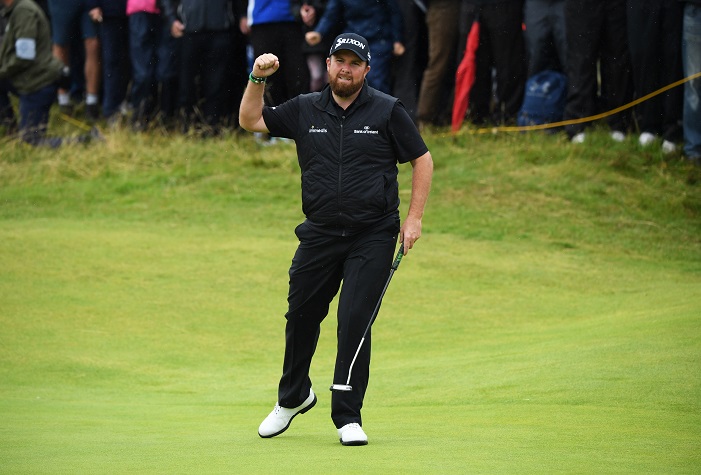 Get in there my son!

Barring a miracle two rounds from Graeme McDowell the hopes of Ireland now rest on the shoulders of Shane Lowry, the man from south of the border. Lowry, who sat one off the lead overnight, set the course alight with an incredible first nine holes of 31, five under the card. The highlight being a drive at the short par 4, 5th hole that nearly hit the flag.

When Lowry then birdied the 10th to move to ten under he was leading the Open and looking unstoppable. However, whether it was the weather or the occasion getting to the big man he started to struggle down the stretch and following bogeys at the 14th and 18th, had to settle for a 67 and a share of the lead on eight under.

Lowry shares the lead with JB Holmes who added a round of 68 to his opening 66. The American was looking in good form again as he put together a round of five birdies with just two dropped shots.

However, sitting in the wings are the English trio of Tommy Fleetwood, Lee Westwood and Justin Rose. It has been 27 years since and Englishman has won the Open, Nick Faldo lifted the claret jug at Muirfield in 1992, but on the form of yesterday there is a real chance of an English winner on Sunday. 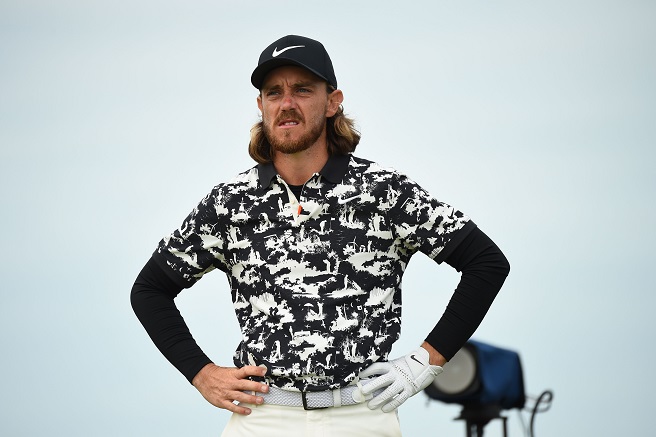 Alright, alright. My mum said I had to wear it!

Fleetwood appears to be coming back in to form following his excellent 67 in the second round and Justin Rose’s putter seems to be warming up again as he matched Fleetwood’s 67 to sit one back and two off the lead. However, England’s fairy tale finish would surely be to see Lee Westwood finally pick up a major title.

Westwood, who surely would have been a major champion by now had he been able to find a putting stroke, was striking the ball as well as ever. Westwood, after nine straight pars going out came alive on the back nine with four birdies in the last seven holes. If he can continue this bogey free gol,f and handling the tough back nine well, he must be in with a good shout.

Sitting three back from the leaders are the major winning pair of Jordan Speith and Brooks Koepka. It would be a brave man to bet against the winner coming from one of these young Americans.

Koepka, as ever, seems to stay in contention without ever setting the world alight. The world number one had a bad day on the greens but still carded a 69 to sit on five under after two rounds. The weather is set to get worse over the weekend and his secret weapon, his caddie, Rickie Elliott, a man who has played hundreds, if not thousands, of rounds at Portrush may well come in to play.

Jordan Speith, in contrast to Koepka, was on fire early doors. After a first round 70 the young American came alive on the first nine on Friday. It was the Speith of old looking like he would hole everything as he went from one under to six under in the space of four holes from the 5th tee. Sadly, he could not keep up the momentum and would eventually card a 67 but is ominously only three back from the leaders.

Which Driver is Brooks using? 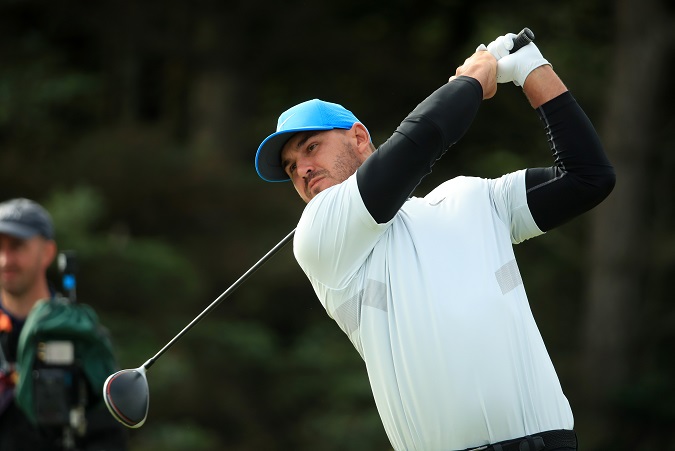