Latest  >  Day 3 Wrap from The Masters

Lilac was the colour of the day at The Masters as the leaders appeared to have coordinated their wardrobes to don shirts of the same hue. The three players that lead in to the final round chose the colour for their shirt with Tiger again modelling a very snazzy mock neck number. Ian Poulter, always one to be different, went instead for a lilac pair of strides.

All the Nike boys in lilac, coincidence?

It will be Tiger Woods who grabs all the headlines with a very controlled 67 in round three. However, he rode his luck with wild drives at the 9th, 11th and 13th. Having found outrageous gaps in the trees at the 9th and 11th, the par five 13th saw a worried looking Woods as his ball flew too far left and the azaleas, or worst still the creek, beckoned. The gods however continued to smile down with the ball hitting a tree and bouncing back in to the semi rough. A lay up shot followed by a delightful pitch set up a makeable birdie putt which Tiger duly despatched. 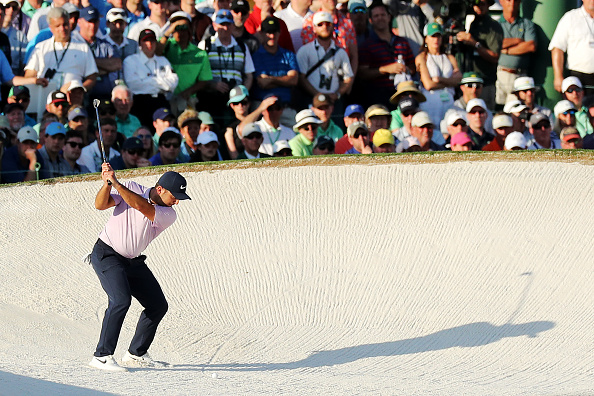 Molinari in bunker at 18th - arguably the shot of the day

While Tiger brought the crowd to life, Franco Molinari quietly made his way to the top of the leader board. His incredible straight hitting saw him almost ace the 12th and then followed up with a further 3 birdies on the trot.  As he stood on the 18th tee on the mark of 13 under par he had only made one bogie in his first three rounds. This impressive stat seemed under threat when he came up well short of the 18th green leaving a very difficult long bunker shot. It looked like a nailed on bogie however, Molinari then produced, what was arguably the shot of the day, splashing out to some 4 feet up the tier to the back right pin. He duly holed the short putt – he missed nothing all day – to card an impressive 66 to lead by 2.

Earlier it had been Tony Finau who lit up the course. Narrowly missing a putt at the 9th hole to be the only player to shoot 29 for a nine at The Masters, he kept his form down the straight to post an impressive 64. Also shooting 64 were Patrick Cantly, one of the Golf Punk tips, and Webb Simpson. Simpson seemed to tip toe along quietly, unnoticed, whilst the roars for Tiger rang out finishing on 9 under and only 4 off the lead. 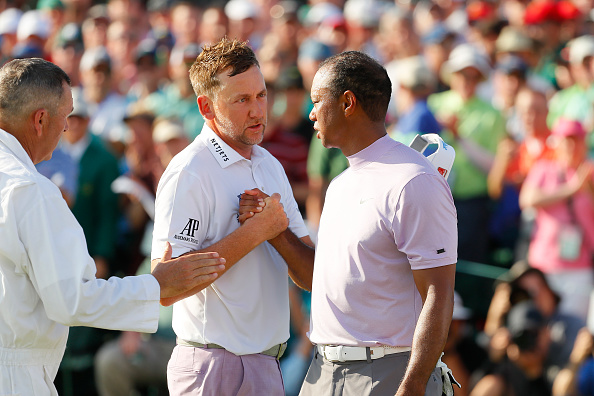 Of the other second round leaders, Adam Scott and Jason Day had disappointing days, shooting rounds of 72 and 73 respectively but Brooks Koepka hung on in with a hard fought 69 to lie just 3 back on 10 under.

Our man Poulter continued to fly the flag for the Brits. Partnered with Tiger Woods he seemed to revel in the circus that follows Tiger and put together a very controlled 68. Once again, his putting was very impressive and he quickly found the pace of the not quite so slick Masters greens.

Sitting on 8 under and five shots back are Matt Kuchar, who found form on the back nine to post a 68, Dustin Johnson, Xander Schauffele and the South African duo of Louis Oosthuizen and Justin Harding.

The weather forecast is not good for tomorrow and due to the threat of lightening in the afternoon there is a going to be an early start for everyone. Play will start from two tees at 7:30 local time players going out in threes. Good news for us folk in the UK, as we can finish our Sunday lunch and then settle in for the afternoon in the arm chair to watch what is bubbling up to be one of the best Masters for many a year. Come on Poults!

Will it be a Monday finish at the 83rd Masters? 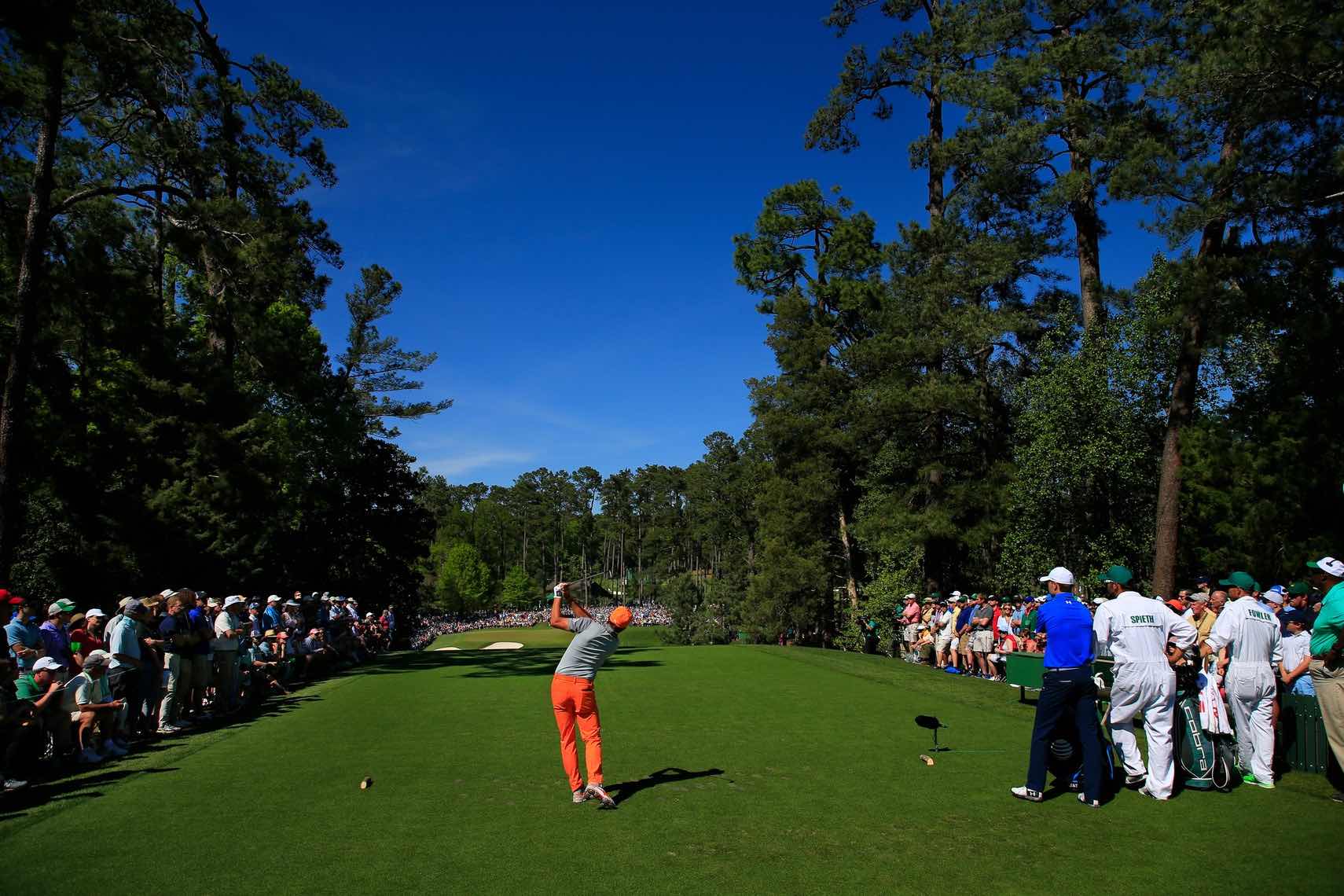