England's Lee Westwood rolled back the years to take the halfway lead at TPC Sawgrass following a flawless six-under round of 66. It will be the third time Westwood has led the field going into the weekend at The Players Championship, the prior occasions being when he was a much younger man.

The 47-year-old failed to convert his advantage into victory in both 2005 and 2010 but given his form coming into this year's event, it would be a brave man to bet against him. Westwood leads by a single shot from countryman Matt Fitzpatrick with first-round leader Sergio Garcia of Spain and American Chris Kirk one shot further back.
Westwood was a man at ease and happy with his game talking after his round.
"Hit it well off the tee. Hit quite a lot of fairways. My iron shots were good. I played away from flags when I needed to," said Westwood.
"Got suckered into a couple of pins, but short game bailed me out on those. Chipping and bunker play all felt good and rolled the ball well on the greens. I had fun out there. Felt calm and in control."

Last week's winner Bryson DeChambeau looked in ominous form as he moved his way up the leaderboard following a second successive round of 69. Despite starting with a double-bogey at the 10th, his first hole, DeChambeau was bogey-free after that picking up five birdies.
However, the big-hitting man was not happy as he headed straight to the practice ground.
"I'm happy with the fact that I've still been able to keep myself in it and score well. I've been pretty lucky, for the most part. I don't think that'll happen this weekend. Said  DeChambeau
"I've got to make sure that my game is good off the tee, so I don't have those issues occurring and I don't have to rely on luck for the most part. I have to get it in the fairway

Sadly, defending champion, Rory McIlroy could not produce the required miracle following his opening seven-over 79, missing the cut with ease after shooting a second-round 75. Once again, the man from Northern Ireland played his way out of an event with an awful opening round.
McIlroy pointed the finger at the speed training he had been doing, which impacted his swing.
"Obviously I added some speed and am hitting the ball longer, but what that did to my swing as a whole probably wasn't a good thing, so I'm sort of fighting to get back out of that." Said McIlroy who was heading home after a four-week schedule.

Matt Fitzpatrick will join Westwood in the final group on Saturday following his second round of 68, including six birdies and two bogeys.
Sergio Garcia had an inconsistent round as he added a level par 72 to his opening round of 65. The Spaniard's round included five bogeys, one a missed tap-in, three birdies and an eagle at the long 11th.
"It was a beautiful roller coaster. That's for sure. Yeah, there were a lot of good things. Unfortunately, a lot of bad things," said Garcia.
"Fortunately for me, I was able to keep it together and obviously had a great finish the last three holes, so very proud of that."

Fellow Spaniard, the world number two Jon Rahm, shot a second round 68 to improve to four-under overall, alongside England's Paul Casey, who was round in an impressive 67.
World number one, Dustin Johnson had four birdies in his opening seven holes but faltered on his back nine, including a double-bogey at the 7th where he visited the water. His two-under round of 70 leaves him on one-under eight back from the leader. 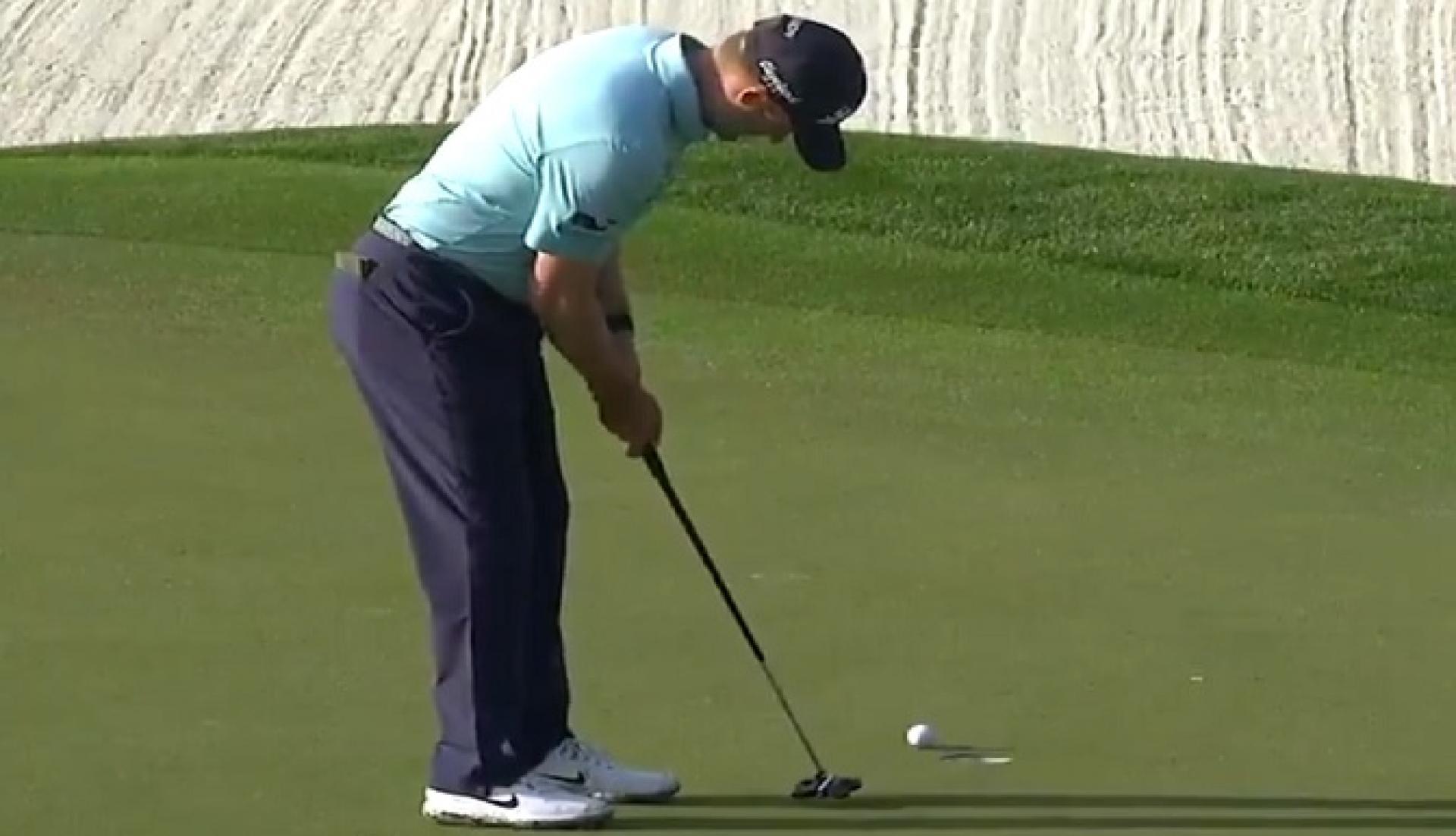