And the Brits are excited

Defending Women’s British Open champion Georgia Hall is set to tee off at 12.16 on Thursday alongside Brooke Henderson of Canada and Japan’s Mamiko Higa and according to her she is “actually very excited. I don't feel any pressure. It’s really nice for me to be home because I've been in the US the whole year.” 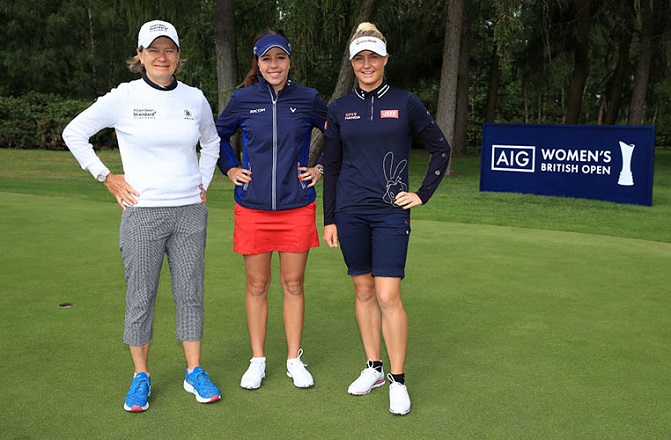 Just keep smiling, it's almost over!

It could be that Hall feels a bit more pressure than she is letting on given that she had her replica trophy stolen out of the back of her car a couple of months ago and she is currently waiting to find out if she is going to get a replacement.  Or, rather than pressure,  it could be she has an extra motivation to defend the title she won so emphatically at Royal Lytham & St Annes just so she can get another replica to replace the one that was lost.

British number one and world number 22, Bronte Law, is teeing off at 11.54 alongside American Cristie Kerr and Catriona Matthew of Scotland.  Law must be excited to show Solheim Cup Captain Matthew what she can do as she said “until the team is picked, I can prove myself to Catriona, and I have that intent this week, of doing the same. It’s been a goal of mine all year to make sure that I get on that team.”  She continued “You know, obviously a major last week, a major this week, I’ll just going out there and play my best. Hopefully I can follow Georgia’s footsteps from last year.”