Lauren Stephenson ended with an eagle three on the last hole for an eight-under-par 64 to take a one-stroke lead after two rounds of the Geoff King Motors Australian Ladies Classic Bonville on Friday. 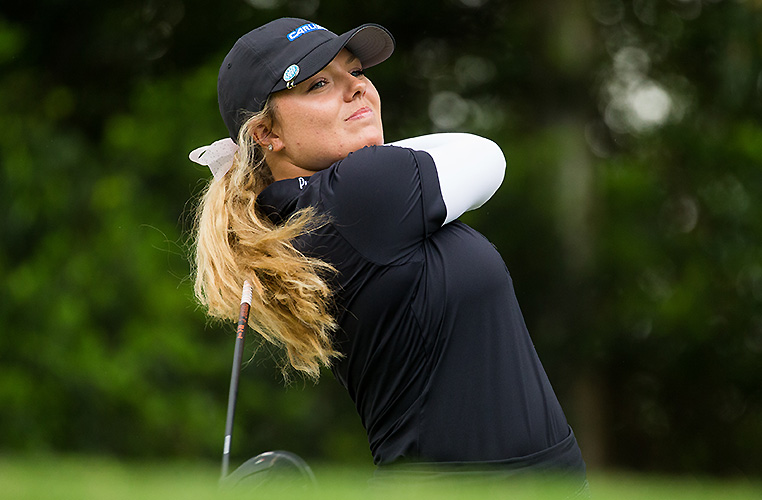 Stephenson finished just ahead of 19-year-old Ayean Cho. The 2019 KLPGA Tour Rookie of the Year set the clubhouse lead with her own blistering 64 to go to 13-under after 36 holes, but it wasn’t enough to keep Stephenson from leading for a second successive day.

“I haven’t looked at any leader boards or anything. I’m just figuring out my game,” said 22-year-old Stephenson, from South Carolina in the United States.

She posted five birdies on the front nine, but her charge stalled with a double bogey on the 13th hole. However, she bounced back with birdies on 14, 15 and 17, followed by a brilliant eagle on the 477-yard par-5 18th.

“I hit a brilliant drive down the middle of the fairway on 18 and then I had 210 yards in, which is the perfect number for my 5-wood. I hit a really good 5-wood and that is my favourite hybrid or wood, because it goes dead straight. I had 15 feet for eagle and I’ve been making those all day, so I kept the same rhythm.

“The birdie on the 17th was important and the par putt on 16. The 16th  is honestly a really tough hole, because even though it’s short, the green is really tricky. Where that pin was today was tough and I’m sure there were plenty of three-putts there today. I made a really nice putt for par, which was huge.”

“I have never played with her before but I know she’s played really well the last two weeks and I know she’s really young. I watched her a little bit on TV the last two weeks. I think it’s about having fun this weekend and getting confidence here. I’ve made a lot of swing changes at the end of last season and I finally feel like those are paying off and I’m feeling more comfortable with it. That’s been my goal for this week, so it’s really nice to get my confidence boosted.

“I’ll just take it one shot at a time and focus on what I’m doing. At the end of the day, you can’t control what anyone else does and whoever’s meant to win, will win. It’s just sticking with my game plan and hitting the shots I need to hit and try to make as many birdies as I can.”

New South Wales amateur Stephanie Kyriacou also eagled the last for a nine-under-par 63 late in the day to finish on 12-under-par and alone in third position. Her card included five birdies and two eagles, at the seventh and 18th holes.

England’s Felicity Johnson eagled the last to make the cut, one of 78 players at two-over-par or better.

McIlroy out of traps fast In Mexico 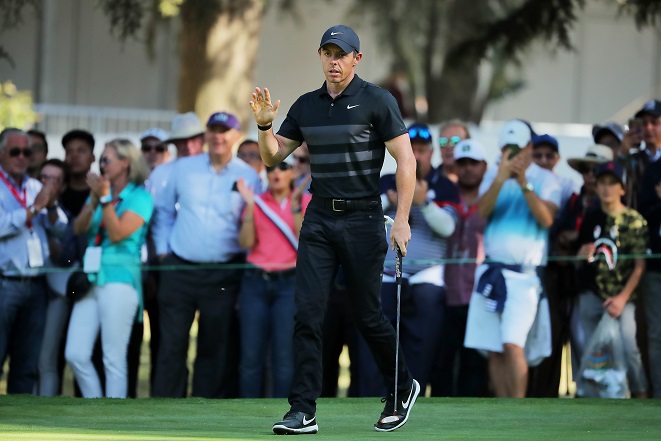