Azahara Muñoz, a star of Europe’s victorious Solheim Cup team at Gleneagles last week leads the way in the Lacoste Ladies Open de France. Muñoz carded at first round five-under-par 66 to share the lead with Madelene Sagstrom of Sweden. 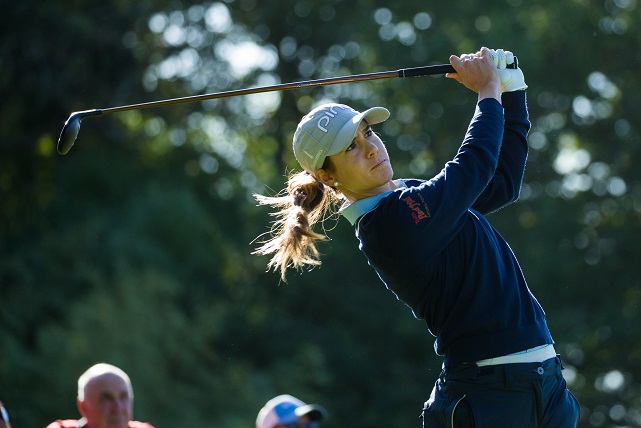 The 31-year-old Spaniard who had a successful partnership with Charley Hull at Gleneagles, taking two and a half points from their three matches, made six birdies and dropped only one shot, at the 13th, to put herself in position to earn the title for the third time. Azahara won this title in both 2013 and 2014 when it was held at Chantaco.

“I was really tired on Monday and Tuesday, but I was pretty smart and took it easy on Tuesday. I only practised for an hour to an hour-and-a-half, that was it. I wanted to practise more but I thought, at the end of the day, you have to be feeling good when the tournament comes and that’s what I did. Last week I played some great golf and hopefully I can keep it going.” 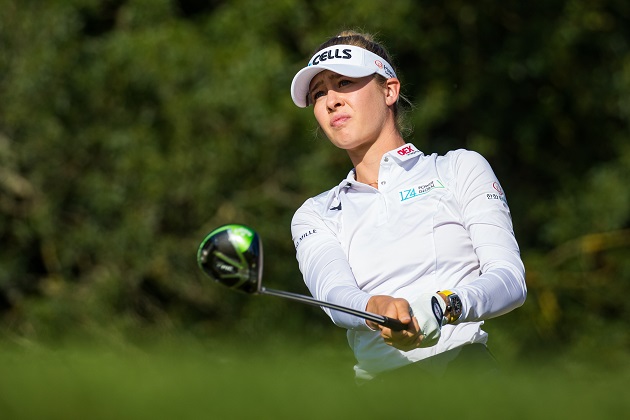 Korda sister Nelly is one of favourites for the title

Sagstrom ,who played in the losing European Solheim Cup team at Des Moines, Iowa, in 2017 was in a philosophical mood about missing out at Gleneagles after he good opening round.

“It was hard, because I wanted to be there really badly and I knew I didn’t play well enough to get in, but at the same time, I feel like I have the game to compete on that level. It was kind of heart breaking, but at the same time it was such a good match and it was so amazing. Watching Suzann finish that last putt off, it was just awesome.”

Defending champion Caroline Hedwall was tied for the lead on four-under but seemed to tire as she dropped five shots in three holes on her back nine. Following a bogey on the 5th hole and doubles on both the 6th and 7th she steadied the ship, parring her final two holes for an opening round of one-over 72. 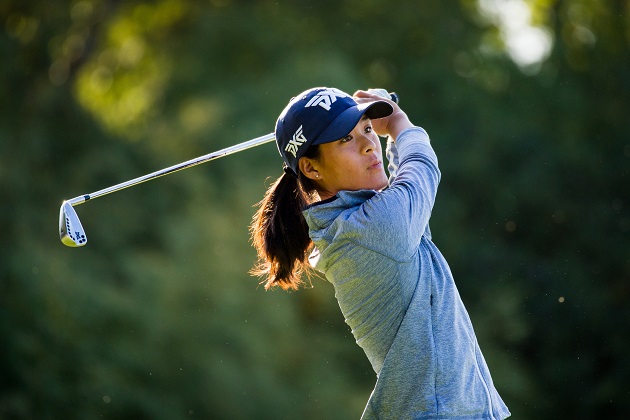 Fellow Solheim Cup stars Nelly Korda from the USA, who was unlucky to be on losing side in Scotland, and Celine Boutier of France had rounds of  68 and 70 repectively.  Korda sits in a share of fourth and Boutier is in joint twelfth heading into Friday’s second round.