Ciganda wins as Fuenfstueck fades away

Only a fortnight after playing her part in Europe’s Solheim Cup victory at Gleneagles, Carlota Ciganda claimed the Estrella Damm Mediterranean Ladies Open at Terramar Golf Club in Sitges, Spain to add another unforgettable moment to her remarkable career. 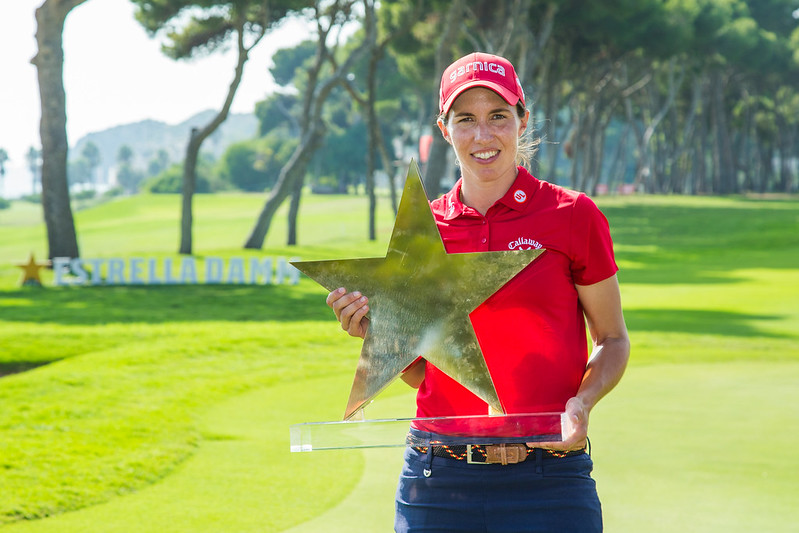 Ciganda is a star and in case she ever forgets....

It was Ciganda’s first Ladies European Tour win on home soil and she said: “I’m very happy to win in Spain, with all the people here. My family is here and playing in Spain is always very special. It was a tough day and to be honest, it was very windy, with some crazy gusts on the course. I played pretty solid and tried to make the fairways, hit the greens and make a few putts.”

Ciganda hasn’t won an individual title since the 2016 CitiBanamex Lorena Ochoa Invitational and the win capped a brilliant season, following on from eight top ten finishes on the LPGA Tour.  The win also overturned a similar position from two years ago, where Ciganda had the chance to win in Sitges with a short par putt on 18.  Sadly, the ball lipped out forcing a play-off, which she lost to Florentyna Parker. 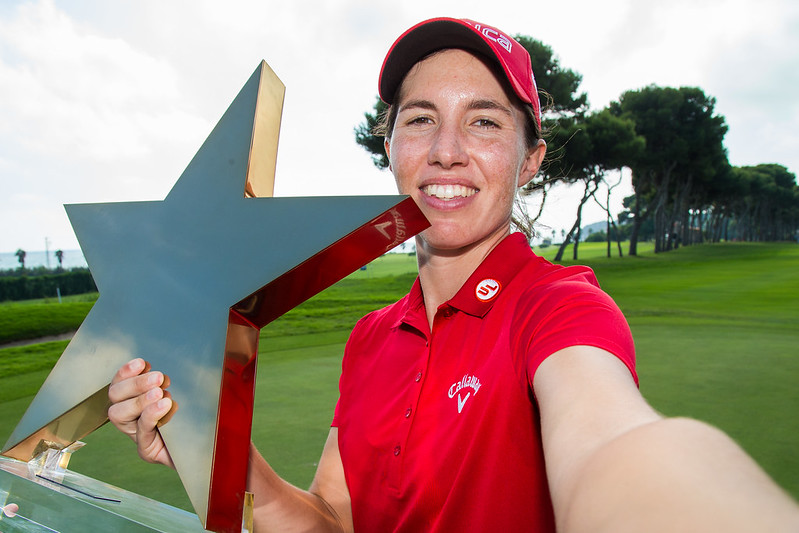 Obligatory selfie with trophy time....(Saves on the photographers dontcha know!)

She admitted that the memory returned as she faced a similar par putt to win from around five feet on the 18th hole and said: “I just said keep your head still and make this putt and win the tournament. I don’t want to go through another play-off because anything can happen and the putt went in, so I’m very, very happy.”

The 29-year-old from Pamplona started the final round two strokes behind Laura Fuenfstueck, but benefited from Fuenfstueck’s misfortune in the tricky conditions. The 24-year-old from Germany, whom had never previously been in contention, endured an unnerving start when she double bogeyed the first two holes. Although she birdied the third and regained a share of the lead when Ciganda bogeyed the fourth, she ran out of luck with a bogey on the fifth hole. Another birdie followed at the seventh, but it was her last of the day. She doubled the 10th and came home in 40 for a final round of 79, which tied for fourth place with Christine Wolf and Ursula Wikstrom. 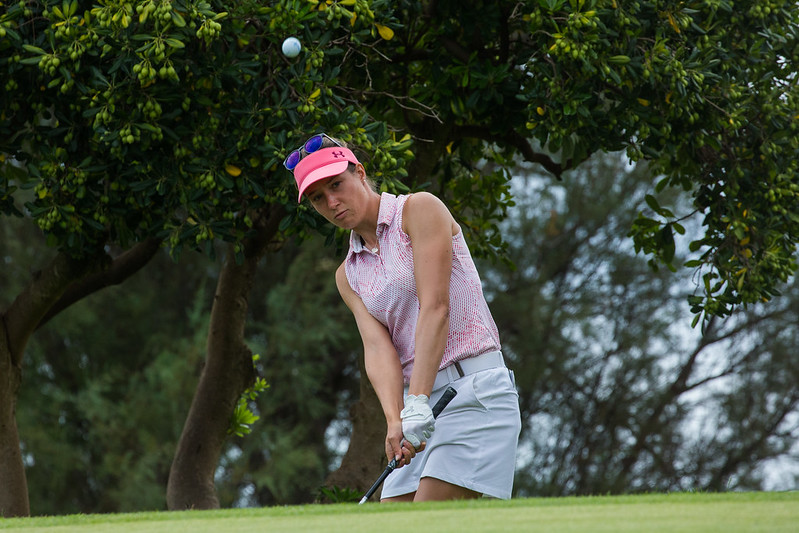 Fuenfstueck has a tough day in the office

Ciganda birdied the sixth and seventh holes and took a two-stroke advantage through the turn before young German Esther Henseleit went on a birdie rampage. Two-over through six, she birdied five of the next seven holes, but ended with five consecutive pars in a 68. Ciganda bogeyed the 11th, but immediately bounced back with a birdie on the 12th. She bogeyed the 13th but no-one could catch her. 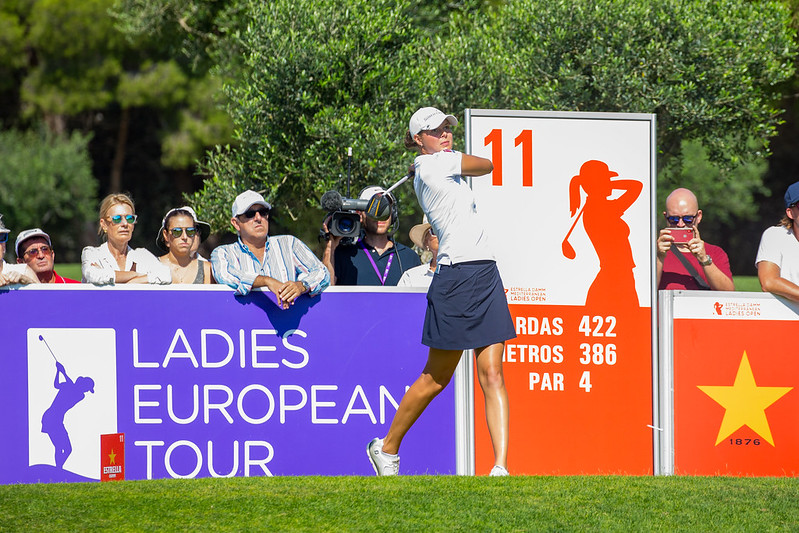 Henseleit charging through the field

“It was a rough start but I came back really strong,” said Henseleit, who moved further ahead on the LET order of merit and rookie of the year rankings. “In the end, it wasn’t enough, but I played well. I had my chances on the last few holes but I wasn’t able to make them.” 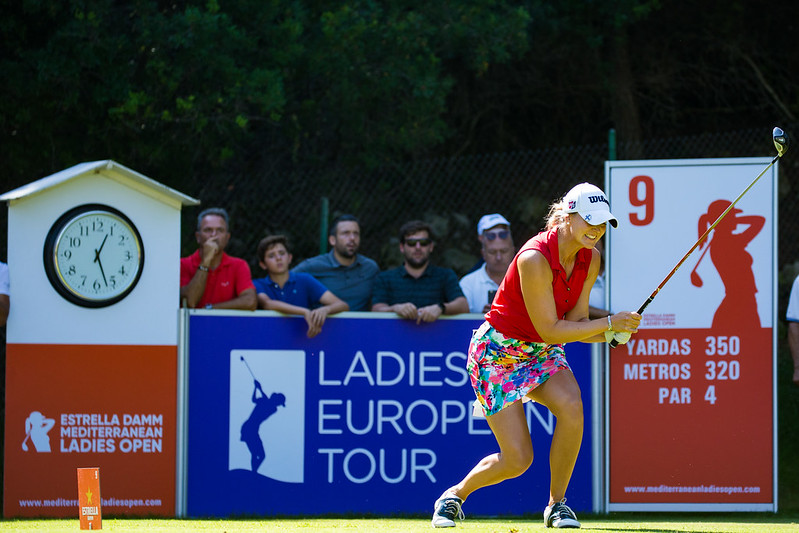 We're not sure you're supposed to use it like that Sanna

Sanna Nuutinen, playing in the last group, shot 73 to finish third on three-under. Whitney Hillier, who made global headlines with her hole-in-one on Friday, finished in solo seventh place, with Aditi Ashok in eighth, Marianne Skarpnord in ninth and five further players tied for tenth. 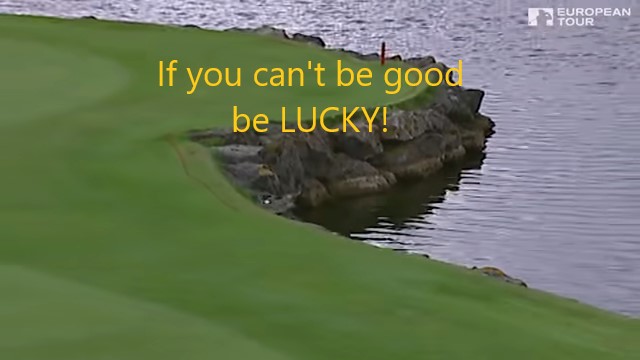