Matt Wallace is a man in form. Following a third place in the KLM Open in Holland last week he shot a flawless seven under par 65 to take a one stroke lead at the BMW PGA Championship at Wentworth yesterday. Londoner, Wallace leads Spain’s Joh Rahm and Sweden’s Henrik Stenson by one shot. With Justin Rose a further short back after a five under 67. 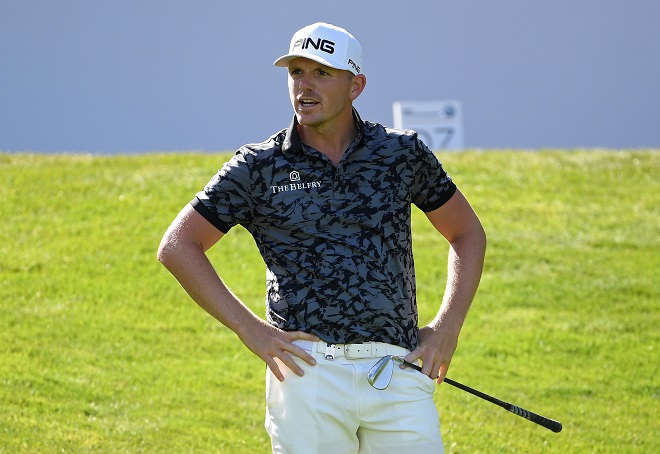 Did you not say hit it fifteen feet left of the hole?

Wallace had been somewhat in the doldrums this summer but a change of caddie, after he and veteran Northern Ireland bag carrier Dave McNeilly parted company in mid August, seems to have helped in the new found form.

“I’m very happy. Whenever you can get off to a start like that, it boosts your confidence and I’m just going on from last week really. I said to my caddie Smarty when we were walking to the first tee, let's keep the same focus as how we ended last week - just carry it on.” Commented Wallace after his opening round.

Meanwhile, Rory McIlroy had a day to forget. After getting off to a flying start with an eagle at the 4th and a birdie at the par three 5th he inexplicably dropped seven shots over the next thirteen holes including a double bogey at the 17th and a bogey at the last.

The world number two is a frustrating character. How can the man that picked up the Tour Championship and Fedex Cup just a few weeks back, be voted the player’s player of the year and come to Wentworth and perform so poorly?  Only eleven of the 132 man filed scored worse that the Norther Irishman. 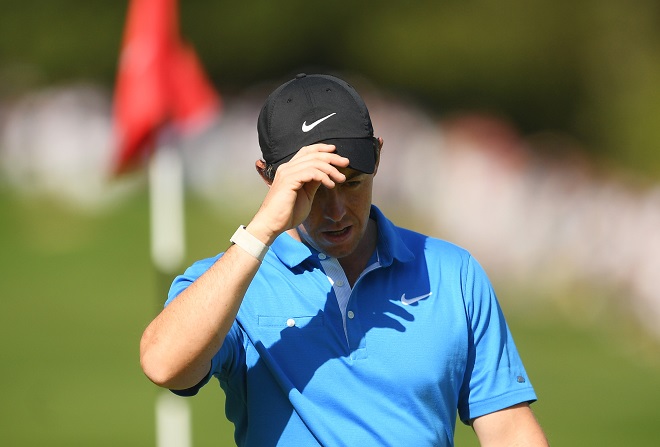 If I pull this down perhaps they won't recognise me!

Henrik Stenson was another finding some form. The 2016 Open Champion had a near perfect round with an eagle, five birdies and just the one dropped shot, at the 15th, in a round of 66 which equalled his best score on the West course at Wentworth.

“Looking back at my career, I don't think I've been having too many wins and too many really good finishes when I haven't started with a decent round or better. It sets up the week nicely and I just hope I can continue with that.” said Stenson after his round.

Notably only one-shot further back than Stenson and Rahm is the veteran South African, Ernie Els. It would be quite some story if the Big Easy could pull something out of the bag at what is arguably his home track.