Rose trails Woodland by one

Justin Rose shot a third round 68 to close the gap on leader Gary Woodland to just one shot, with the field a further three shots back. Looming ominously in the pair’s rear-view mirror is one Brooks Koepka who shot a bogey free round of 68 to continue his slow, but continuous, move up the leaderboard. 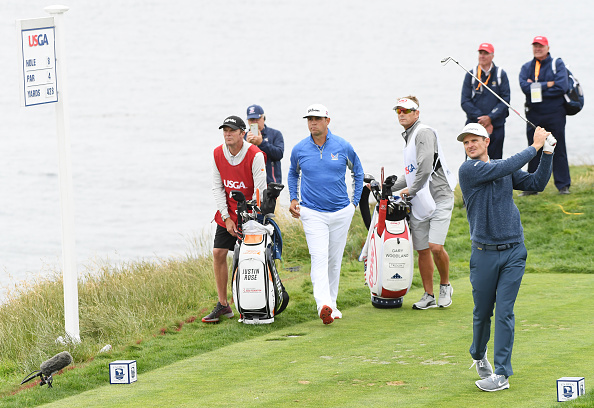 Woodland came out of the traps well and was two under after six holes and four clear. Rose by comparison was struggling and once again had to fall back on the amazing short game he is displaying this week. Rose has now singled putted 35 of the 54 holes played.

“Today wasn’t perfect and my short game did keep me in it,” Rose said after his round. "I haven't had my A game all week, might not have it tomorrow, and Sunday might be that kind of day where you have to be as mentally strong as you can."

Rose had a stronger back nine with birdies at the 12th, 14th and 18th offset by a single bogey at the par four 13th. It was Woodland’s turn to start scrambling and he completed two outrageous par saves when chipping in from the fringe of the 12th and draining a fifty foot putt at the long 14th.

Brooks Koepka is in a tie for third, alongside countryman Chez Reavie and South African Louis Oosthuizen. The big American looked in control throughout his round and is clearly relishing the opportunity to grab his third consecutive US Open and make history as only the second to do so and the first in more than 100 years. 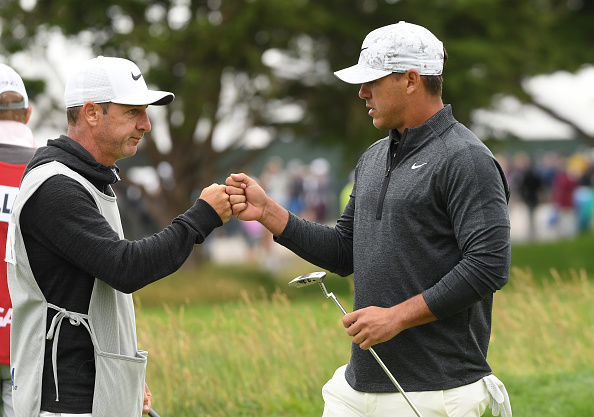 Koepka and caddy play rock, paper, scissors for the first round at the bar!

“I feel as confident as ever right now,” Koepka said after his round. “It’s probably the best ball-striking week I've had. Pebble's greens are so small, but I think I only missed one of them [in regulation] today. If I can just make a few putts, I feel I could be right there.”

It would be a brave man who would bet against Koepka pulling off history and it certainly is the man looking most at ease with his game.

Sitting one shot behind Koepka is Rory McIlroy who shot a one under 70 to finish alone on six under. The American duo of Matt Kuchar and Chesson Hadley are one shot behind McIlroy.

McIlroy will be looking to add to his major tally and his first for over five years. “I definitely think I can shoot 65 or 66 on this golf course. That’s probably what it is going to take.” Said the Northern Irishman following a round he will feel could have been better.

Sitting on four under and probably the last players in with a chance of winning are the European posse of Danny Willet, Matt Wallace, Graeme McDowell, Henrik Stenson and Jon Rahm.

Willet, the 2016 Masters champion, carded the best round of the day, a 67 that included six birdies and two bogies. Four under after seven holes, Willet struggled around the turn with successive bogies at the 9th and 10th but was bogey free from there with two more birdies at the 14th and 18th.

"We played a lot of good golf shots in there and one or two loose ones," said Willett after his round. "The course is in great condition and does not showcase that you have to be long or short, you just have to play good golf.”

Barring a miracle Tiger Woods will not be winning his 15th major at Pebble Beach. The world No 5 as usual dug deep to produce a third-round 71 to remain at level par. Woods struggled early doors and it is testament to his mental strength that he did not let the round get away from him.

“I got off to a crap start, two-under through three, and those are the easier holes,” commented Woods. “And I had to try to fight back and claw out a round today, which I was able to do.  I still gave myself a chance for tomorrow, which is positive.”

Speith hits rake, but this time keeps his cool 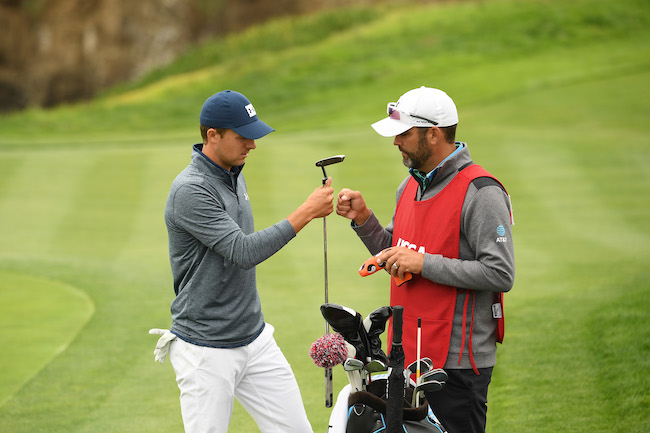