From Oakmont to Hazeltine, DJ was the Guvnor

Dustin Johnson was named the PGA Tour's Player of the Year on Tuesday following a remarkable year which included his maiden major championship, the US Open at Oakmont. The accolade, voted for by his fellow tour pros, capped a great year for DJ in which he put to bed forever the unwanted handle of 'best player not quite got the bottle to win a major'.

The world number two recorded three wins in the 2015/2016 season, the World Golf Championships-Bridgestone Invitational and BMW Championship, and was named Player Of The Year ahead of Rory McIlroy, Jason Day, Adam Scott, Jordan Spieth and Henrik Stenson.

DJ's amazing run of shots at the FedExCup

Johnson, 32, also earned the earned the Arnold Palmer Award as the Tour's leading money winner ($9.4 million) and claimed the Byron Nelson Award for adjusted scoring average (69.172), the PGA Tour said in a statement

DJ finally got over the line in the majors after a couple of controversial near misses and even his victory at Oakmont was not without drama after he was forced to play the last seven holes under notice that he might be penalized for a rules infraction.

He also held top spot on the FedExCup points list going into the season-ending Tour Championship, where he narrowly missed out on the mind-boggling $10 million playoff bonus after struggling to a closing 73. Rory may have taken the cash but DJ is deservedly Player Of The Year,

A Day In The Life Of Paulina Gretsky 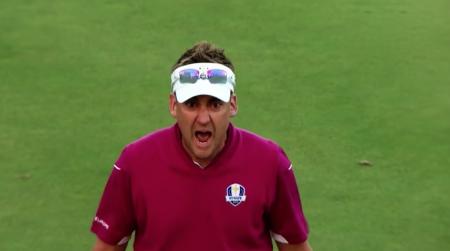