Paula Creamer was going along nicely in the sun at the Evian Resort in Evian-Les-Bains when the weather took a turn for the worst. Wearing a rather provocative top with ‘Kiss My Putt’ emblazoned across her chest, the American sank a monster putt from the edge of the 12th hole to move the overnight leader to nine under par and one off the lead. 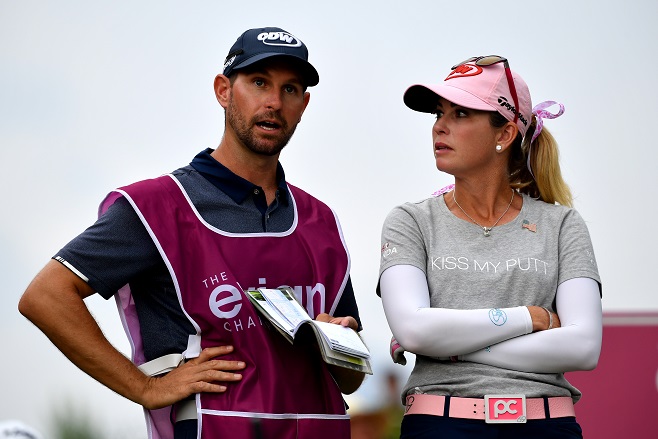 Well I'm not sure I'd wear it tomorrow

Then came the claxon and play was suspended for about an hour. The temperature dropped, the wind started to get up and with it Creamer’s putter and  game turned cold. On returning to the course she proceeded to drop seven shots in her next five holes, including a disastrous triple bogey at the par three 16th. She would end the day tied twenty fourth on two under par.

Meanwhile the expected charge of the South Korean contingent came. Lee Mi-hyang carded a second round 67 to add to her opening 65 to take one shot lead into the weekend. Sitting in joint second are the impressive trio of Lee’s fellow countrywomen, seven time major winner, Inbee Park, world number one Park Sung-hyun and Kim Hyoo-joo, who won this event back in 2014.

Players from Asia dominate the leaderboard with South Koreans filling six of the top eleven spots. Caroline Hedwall of Sweden is best of the Europeans on six under alongside America’s Amy Olson. Olson will be trying to make amends for last year’s event when she led by one going down the final hole, only to take double bogey and lose by one to Angela Stanford.

England's Charley Hull and Melissa Reid are tied 13th on four under. Hull added a one under 70 to her opening 68 in the sweltering heat of the morning and Reid, who could not repeat the form of her opening round, dropped back after starting the day five under following a one over par 72.

Lee had to rely on her short game as she only hit ten greens in regulation in her four under par round. The only blemish on her card was a double-bogey seven at the long 9th but she made up for it on the back nine finishing birdie, birdie, eagle. “I think I had a little luck also” said Lee, rather honestly, after her round.

There were mixed fortunes for the other Britons in the field. Bronte Law sits at two under, with Georgia Hall, last year’s Open champion, a further two shots back on level par. Annabel Dimmock and Meghan MacLaren, missed the cut as did Charlotte Thomas, Becky Morgan, former Evian champion, Laura Davies, and Emily Toy. 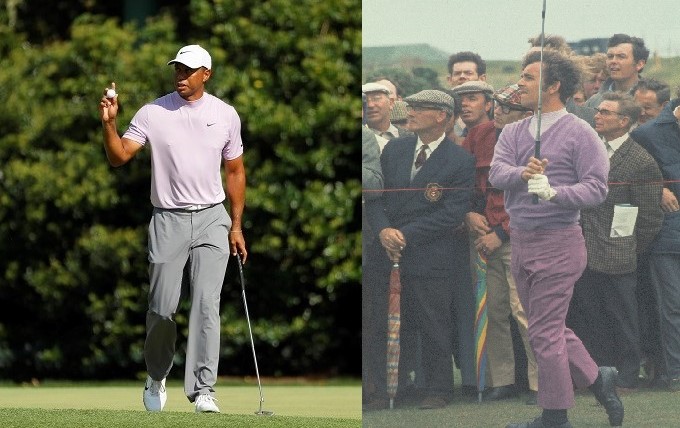