Paul Casey is backing Russell Knox to be one of Darren Clarke’s wildcard captain’s picks.

“Let’s face it, he would have been qualified had he been a member when he won the HSBC (Champions in China),” said Casey, echoing a point made recently by vice-captain Sam Torrance.

And Casey is also dismissive of suggestions that adding another rookie to the five already through via automatic selection would be a mistake.

“I don’t see Russell as a rookie,” Casey said of the 31-year-old Scotsman who has had a breakthrough season. In November 2015 he won the 2015 WGC-HSBC Champions by two strokes from Kevin Kisner for his first PGA Tour win. “He’s been out here long enough and besides, rookies aren’t scared anymore. Rookies aren’t what they used to be.”

Knox only qualified for the WGC-HSBC tournament as seventh reserve and third alternate, which has echoes of John Daly’s 1991 PGA victory, when he was ninth and final alternate for the tournament. Daly is also the only two time Major winner never to have played in the Ryder Cup, which is a crying shame.

Speaking ahead of the Made in Denmark Darren Clarke certainly suggested that he would be looking towards experience to bolster the European side.

“I would be looking maybe towards experience to balance the team up. But that doesn’t mean I won’t pick a rookie. Everyone I’m looking at, at the moment, would balance the team, whatever way that might be. It will be finding the right blend."

“I’ve got my own thoughts, but there is still a lot to play for. There are guys playing here this week who I’m considering and guys playing in The Barclays I’m considering. I’ll be paying very close attention to what happens in both. There is a huge amount of interest with our three remaining wildcards and whoever they are will be three fantastic additions to the nine guys we already have.”

We’d also like to see the in form Belgium Thomas Pieters make the plane. He was piped to the post at the Czech Masters last weekend, where he was the defending champion, came fourth in the Olympics, and has been playing the first two rounds at the Made in Denmark with Darren Clarke as his playing partner.

He shot an impressive first round of 62, with ten birdies and a solitary bogey on the par three 15th. That must have made a good impression on the boss! And perhaps experience is overrated. In 2004, a European team with five rookies thrashed the United States 18½ to 9½ at Oakland Hills. From that group, Ian Poulter was to emerge as a Ryder Cup talisman over a decade.

DC’s final announcement will be made on Tuesday, so we will just have to wait and see. Kaymer, Westwood, and one of Knox or Pieters is our shout, with Knox probably inching out Pieters, unless Pieters Made in Denmark performance can swing it. 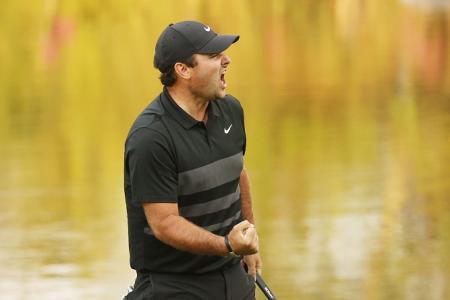