Justin Thomas, who took the third-round lead after a course record 61 on Saturday, held off the challengers to take the BMW Championship by three shots from Patrick Cantlay. Two shots further back was Japan's Hideki Matsuyama who closed with his second 63 of the event. 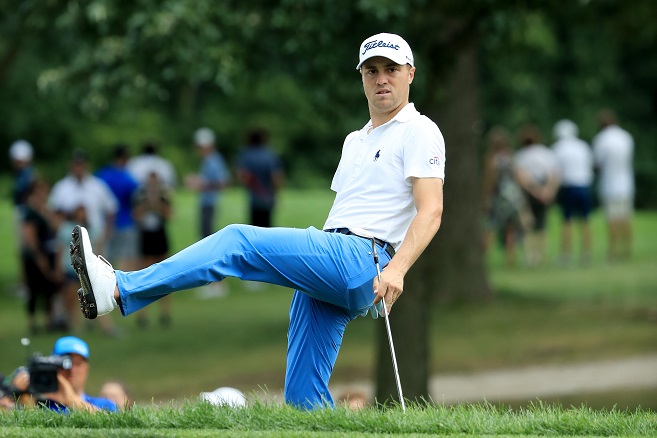 I can win this standing on one leg!

Meanwhile, Tiger Woods who needed to finish 11th or better to make the Tour Championship could only muster a level par 72 and so his season is run. Woods would have loved to defend his title, last year's victory marked the start of his comeback trail.

"Last year culminated in a pretty special moment for me and it would've been nice to go back there," Woods said. "But I'll be watching the guys on TV."

The win shot Thomas to the head of the FedEx Cup rankings going into the finale at the Tour Championship. Only the top 30 on the PGA Tour's FedEx Cup points list will be playing at East Lake in Atlanta this week.

As well as Tiger Woods the list of those not making the final 30 are Open champion Shane Lowry, Jordan Speith, Ian Poulter and Phil Mickleson. Mickelson almost missed his Sunday tee-off after lightning set fire to the roof of his hotel.

Having been evacuated the American lefty managed to get back in to his room to retrieve his clubs just in time to make it the course for his tee time. He carded a 71 and ended the event in tied 48th.

Home girl Stephanie Meadow held on to take the inaugural World Invitational women’s event by one shot from England’s Charley Hull. Meadow had led by four going in to the final round and a final round level par proved just good enough to take the title. 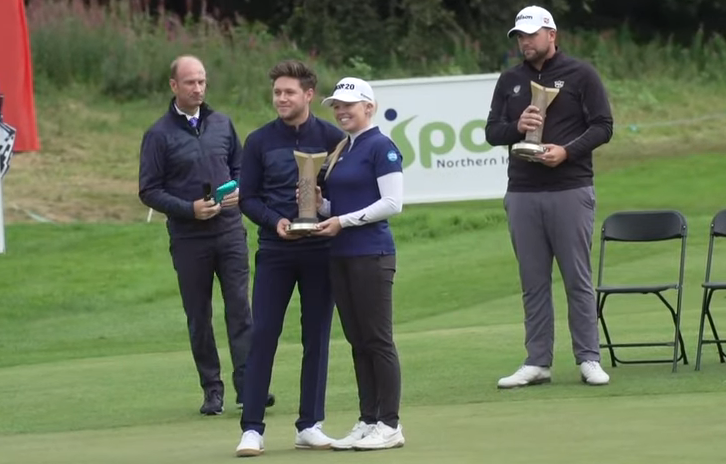 Solheim Cup team member Charley Hull will be kicking herself as she missed a five foot eagle putt at the last to take Meadow to extra holes.

Meadow had looked in control when she birdied the second hole but a sloppy double bogey, which included a penalty drop, at the long 9th opened the door for Charley Hull who closed to within shot. However, two birdies at the 10th and 11th opened up the Northern Ireland woman’s lead to three shots.

The drama was not over as Meadow bogied the 17th to lead by two from Hull and proceeded to drive into the trees at the last. After chipping out sideways Meadow hit a great third shot to twenty feet. However, a play-off looked odds on when Hull hit a fantastic second shot to some five feet.

Hull surprisingly missed the putt, finishing with a four under 69, which left Meadow with a short tap in to take the title.

In the men’s event Jack Senior picked his first Challenge Tour win for some four years when he beat fellow Englishman Matthew Baldwin in a play-off.  Senior had seemed to be in control until Baldwin fired four birdies in the last five holes to take the lead.

However, Senior, who had bogeyed the 16th hole, dug deep and birdied the last to force the play-off. A birdie at the second extra hole was enough to give Senior the title and £33,000 first prize pay cheque.

Joint overnight leader Todd Clement had a level par round of 70 to finish two back from the leaders and Damien Perrier of France slipped to fourth after a final round 71.

Calum Hill of Scotland who would have secured an European Tour card had he won finished six back of the leaders in joint seventh.

It has been a successful start for the ISPS HANDA World Invitational and hopefully this event which has been driven by Niall Horan’s Modest! Management will inspire others to experiment with the format.

Belgium's Thomas Pieters rediscovered some form to win his first title in three years with a one-shot victory at the Czech Masters. Pieters had led overnight and a final round three under 69 was good enough to see off the challenge of Spain’s Adria Arnaus by one shot.

A further two shots back in tied third were England's Sam Horsfield and Italy's defending champion Andrea Pavan on sixteen under.

"It feels good to win again," said Pieters. "I never doubted myself but it's just been a long road of not feeling that great with the golf swing. It feels good to get back on track again and get another win.

There was no event this week. It’s all to play for in CP Women’s Open in Ontario, Canada as this is the final qualifying event for the USA team for the Solheim Cup.