The run of surprise first time winners continues on the PGA Tour as American JT Poston wins at the Wyndham Championship. Poston incredibly went bogey free for the whole tournament and carded a final round, eight under par, 64 to take the title by one shot from fellow American Webb Simpson. 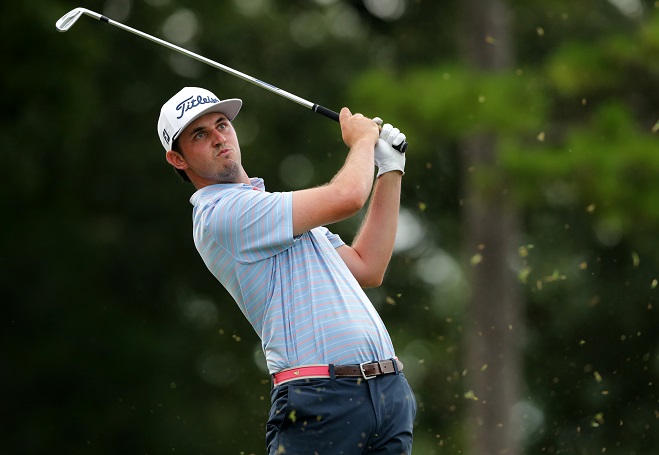 You dare miss the green!

Simpson had made an run at the title with four birdies in his final five holes but came up one shot shy after a round of 65.

An Byeong-hun of South Korea, who had led after each of the first three days, started the final round one ahead of the field but stumbled on the final few holes to end alone in third on twenty under.  An, like Poston, had been bogey free for the event up until the 15th hole of his final round, when an unplayable lie on the rough resulted in a bogey five. A birdie at the 16th meant the South Korean still had a chance of forcing a play off on the 18th but his effort from some 60 feet flicked the pin but ran well past from where he sadly missed the return putt.

Paul Casey’s run at the title was derailed by a double bogey at the 10th, he would eventually end up seven shots back in a share of 13th after his closing 69.

Viktor Hovland continued his impressive run since turning pro, he is improving by tournament and closed with a 65 to take sole possession of fourth on nineteen under par.

It was a tale of two putts as Hinako Shibuno of Japan took the Women’s British Open at Woburn. Both Shibuno and Lizette Salas of the USA were on the seventeen under par mark when Salas knocked it in close at the 18th. As Salas, made a rather nervy attempt at her putt Shibuno was high fiving her way through the crowds between the 17th green and 18th tee. Salas’s putt agonisingly lipped out. 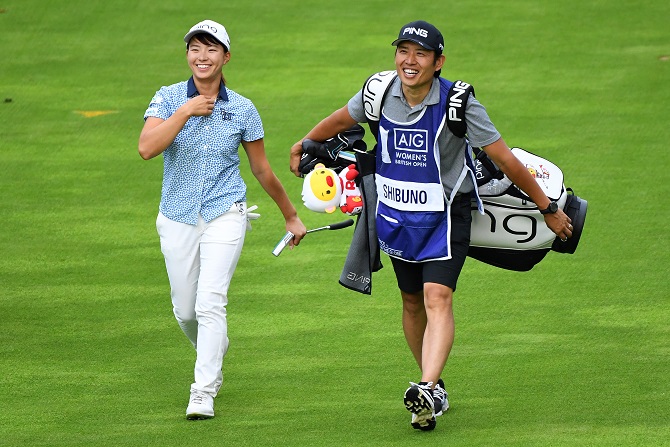 As Shibuno stood in the middle of the 18th fairway she knew a birdie would give her the title. A good approach to twenty feet gave her the chance she needed and the ‘Smiling Cinderella’ as she is known on the LPGA tour of Japan, stepped up and fired in the putt. The putt went in at some pace and she would have had quite a long one back had it missed.

Commenting after her round Shibuno said “I was looking at the board all the time, and knew my position, where I stood in the tournament. That was also true before the putt on the 18th and I was also thinking about if I were to make this putt, how I was going to celebrate.”

Salas put on a brave face and was magnanimous in defeat “I told myself, ‘You got this. You're made for this’. I put a good stroke on it. I'm not going to lie, I was nervous. I haven't been in that position in a long time. I gave it a good stroke. I controlled all my thoughts. It just didn't drop. So congrats to our winner.”

World number one, Ko Jin-young, came close to adding her third major of 2019. Her putt on the 18th to join playing partner Salas on the seventeen under par mark, and a chance of a play-off, came up an inch short. She carded a six-under 66 but had to settle for third place, two shots behind Shibuno.

Morgan Pressel of the USA was a further shot back in fourth and will have pressed her case for a captain’s pick for the upcoming Solheim Cup.

Want to hit it straight? 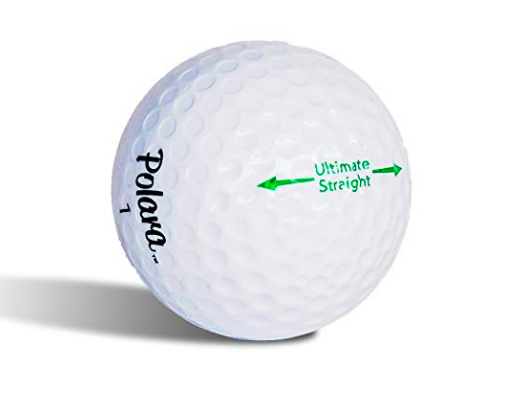