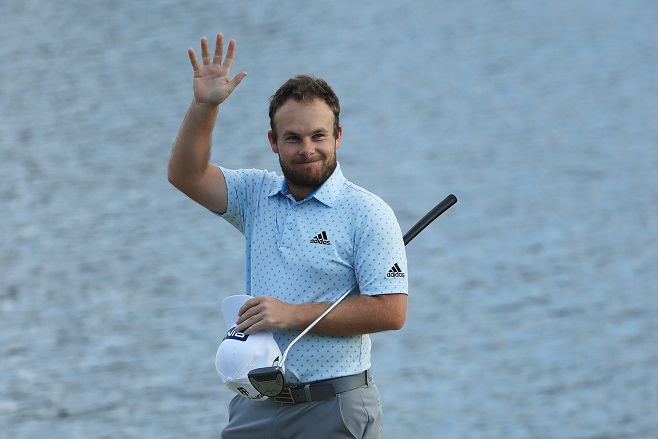 As a perfect riposte to Paul Azinger’s comments about the strength of the European Tour step up one Tyrrell Hatton who grabbed his first PGA Tour victory winning the Arnold Palmer Invitational by two shots. Leading by two shots overnight and on a day when only one player shot in the sixties, a two-over-par 74 was good enough to take the title by a single shot from Australia’s Marc Leishman.

It is hard to remember a tour event as tough as Bay Hill this weekend and it was another Englishman Matthew Fitzpatrick whose 69 on Sunday was the only sub-70 round of the weekend.

With the wind swirling and the greens becoming crazy fast Hatton had a poor start which saw his lead disappear within the first five holes after two bogeys. He fought back with two birdies before the turn but then had a double bogey at the 11th. However, Hatton then parred in from the 12th tee for his two-over round and victory.

"It was such a tough day," said Hatton. "After the double on 11, I thought I'd played my way out of it because I didn't see the scoreboard.

It's an incredible feeling to win at such an iconic venue and with obviously Arnie's name to it,” Hatton said. “It’s an amazing feeling and it's very surreal to win this week.”

Rory McIlroy, who started just two strokes back struggled along with the entire field. Level par for his round after five holes and well in the hunt he thinned out of fairway bunker on to the rocks at the 6th hole and ran up a double bogey. Another double followed at the 9th hole where the Northern Irishman drove out of bounds and his chances had effectively gone. McIlroy would end up on level par for the event and a share of fifth after finishing with a 76.

“I mean, it's aggravating but at the same time like I just have to keep telling myself the game's there,” McIlroy said after his round. “I didn't have my best stuff again over the weekend, but I just keep knocking on the door.”

Hatton’s slip at the 11th brought South Korea’s Sungjae Im into a share of the lead, however, the winner of last week’s Honda classic threw in a double bogey of his own after finding water with his approach at the 13th hole.

Only four players ended the event under par with Australia’s Marc Leishman finishing a shot back in second with Im third and American Bryson DeChambeau fourth on one-under. 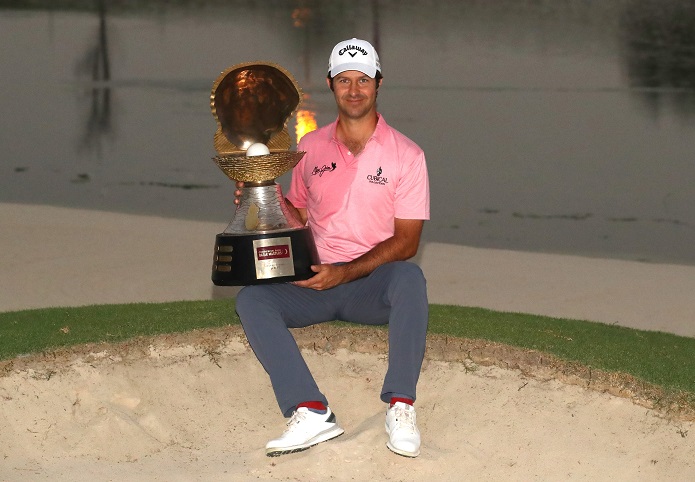 The Spaniard had appeared to be in control, leading by two shot with two holes to play but a double bogey on the 17th dropped him back into a tie with Drysdale on 13 under par and so a European Tour event went to extra holes for the second week in a row.

Campillo found sand off the tee on the first trip back up the last but rescued the situation with a 25-foot putt for a birdie which Drysdale matched from six feet.

The pair shared the next play-off hole in birdie when 33-year-old Campillo holed another long putt from twenty feet with Drysdale holing from close range once again.

The players could not be separated on the next two play-off holes which were shared in pars and as the light started to fade the players were given a buggy to speed up proceedings. At the next time of asking Campillo holed yet again from some 20 feet for a birdie and when Drysdale missed from similar range, Campillo was the winner.

This was Campillo’s second European Tour victory in his 250th start, his first title coming at last year’s Trophée Hassan. Drysdale is still searching for his maiden tour victory and this was his 498th European Tour event and his fourth runner up finish.

"It was a tough win but I'm glad I pulled it off. It's been tough. I didn't get to practise that much, too many things to do. Getting married and then the honeymoon.” Said Campillo after his win.

"I'm just so proud right now of the way I played in the play-off. I hardly missed a shot and I was able to make some putts. I'm very thankful for everyone that helped me and Callaway with the new material that helped me a lot."