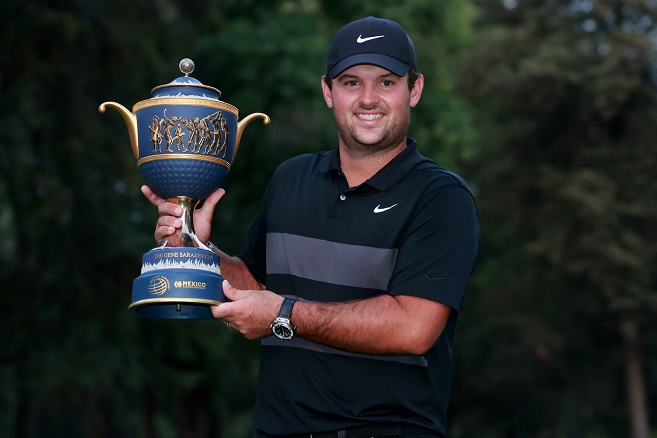 Patrick Reed claimed his second World Golf Championships triumph at the WGC-Mexico Championship following a thrilling finale at Chapultepec Golf Club. The 29-year-old from San Antonio, Texas who was joint second overnight, had the luxury of being able to bogey the last as he finished 18 under, one ahead of fellow countryman Bryson DeChambeau.

The American Ryder Cup star emerged victorious from a battle that went one way and then the other, with Bryson DeChambeau, Jon Rahm, Reed and Erik van Rooyen all sharing the lead at the turn, while World Number One Rory McIlroy and Justin Thomas were just a shot back.

Reed pulled clear though, picking up four birdies in six holes from the 12th. That left him with a two-stroke advantage going down the last and - despite a wild tee shot on the par four 18th - he managed to compose himself for a two-putt bogey.

A four-under 67 for an 18 under total handed Reed a one-shot victory at the same Championship in which he claimed his first WGC title in 2014, and moved the 29-year-old to the top of the Race to Dubai Rankings presented by Rolex.

DeChambeau's six-under 65 earned him outright second place, while Reed's fellow European Tour Members Rahm and van Rooyen shared third spot on 15 under. McIlroy struggled to gain any momentum on the final day but did continue his remarkably consistent recent form as he picked up a fifth successive top five – a run which began with his victory at the WGC-HSBC Champions.

Patrick Reed commented after his win: "It means a lot to win. One of our goals was to go out and win a golf tournament and try to get in that winner's circle before Augusta.

World number one Rory McIlroy was disappointed with his top-five finish, particularly after his strong start to the event.

"It was frustrating. I don't feel like I got the best out of myself. Obviously, I started the week well, and then I feel like I just hit some loose shots, and I didn't putt as well as I needed to over the last three days. And I just let a few shots get away. I'm just looking forward to a week off. Looking forward to getting away for a little bit." The Northern Irishman said after his round. 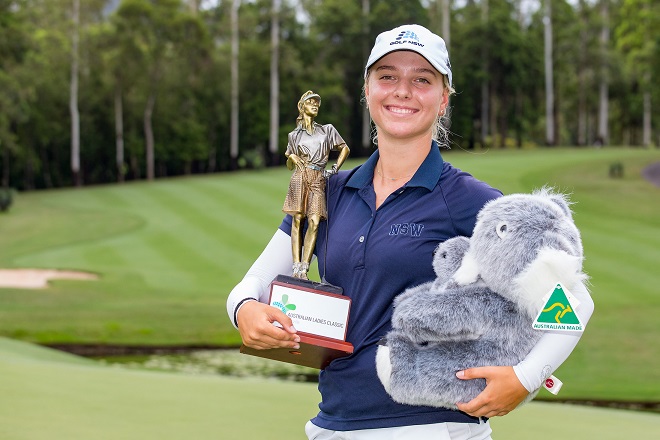 Australian amateur Stephanie Kyriacou marked herself out as a new star of women's golf by storming to an emphatic eight-shot victory in the Geoff King Motors Australian Ladies Classic Bonville. The 19-year-old from Sydney started the final round two shots clear of the chasing pack and quickly took control on the front nine at Bonville Golf Resort.

She made a barrage of birdies through the second, fourth, fifth, sixth, seventh and eighth holes to make the turn in six-under 29, with a lead of nine strokes.

A birdie at the 10th hole took her to 22-under-par and she extended her lead to 11 with her eighth birdie on the 15th, after a heavy rain shower had passed through, followed by a solitary bogey on the 16th.

Following on from rounds of 69, 63, 69 and a seven-under 65 in the final round for a total of 22-under-par, Kyriacou finished eight clear of world number 35 Ayean Cho at 14-under, who took home the first prize cheque for €36,000 due to Kyriacou's amateur status.

Sweden's Linnea Strom finished third on 13-under, with Scotland's Gemma Dryburgh fourth on 11-under and halfway leader Lauren Stephenson from the United States tied for fifth with the Netherlands' Anne van Dam.

"I’m lost for words and still on cloud nine. I think everything was going my way today. I was pretty confident going into the last round,” said Kyriacou.

“I did get off to a good start. The first hole wasn’t great again, but after that I bounced back and had five birdies in a row. After that, I played a bit more defensive because I assumed I had a bit of a lead by then.

“On the last hole, I was thinking about what would happen, but I told myself to get a par and then worry about it.”

Kyriacou will now have the opportunity to turn professional and take up a winner’s category of membership on the LET and ALPG Tours, but she said that she would discuss it with her father Nick, who was caddying for her, before making a decision.

Cho stormed into second place with an eagle and two birdies in her last five holes for a final round of 70.

The shot of the day belonged to LET rookie Linette Littau Durr Holmslykke of Denmark, who aced the par-3 17th using a 5-iron and with it claimed the major hole-in-one prize on offer from Geoff King Motors, an AUD 30,000 Mitsubishi ASX. 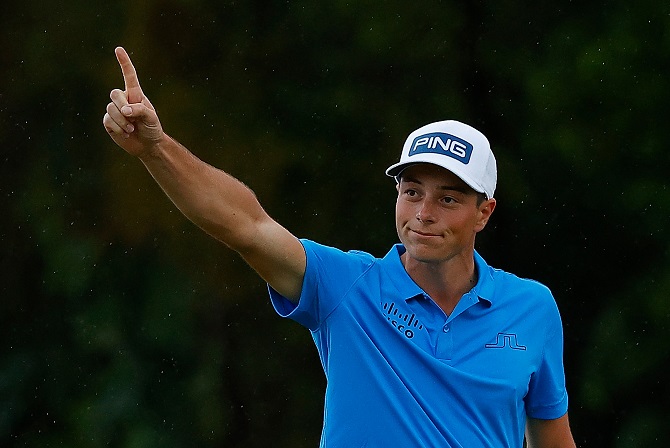 It has just been a matter of time before Viktor Hovland of Norway picked up his first professional tour title. Hovland, 22 delivered on all the promise of his glittering amateur career when he sunk a 25-foot birdie putt on the final hole to win the  Puerto Rico Open. The Norwegian finished one shot clear of American Josh Teater.

"It's incredible, a special feeling," said the man from Oslo after his round.

Hovland led by three shots at the turn but blew that lead with a triple-bogey at the par-three 11th when he took three shot to reach the edge of the green and proceeded to require three more shots to get down.

"I just suck at chipping," he said. "I definitely need to work on my short game and was definitely exposed there."

However, Hovland showed his short game was not that shoddy when he chipped in for eagle at the 15th and then holed the long putt on the final green for victory.  Hovland had a final round 70 to end on twenty-under-par and pip Teater by a single shot