Latest  >  JD tees it up with Donald

JD tees it up with Donald

Greatest day of his life

Not one to avoid courting controversy the big man JD  met up with the president of the US of A for a round of golf at Trump National Golf Club in Bedminster, New Jersey. Decked out in a natty pair of American flag shorts and a blue golf shirt Daly took to the links with Donald Trump and tweeted about the experience after the game. 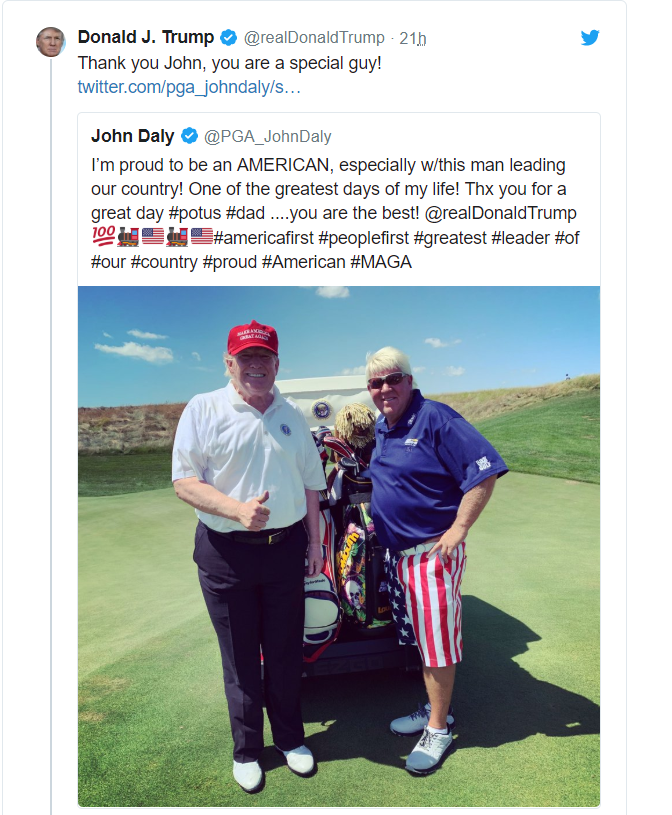 Accompanying a picture of him with Mr President on the course daly commented “I’m proud to be an AMERICAN, especially w/ this man leading our country!” he wrote, calling their golf outing, “one of the greatest days of my life!”

Daly continued the compliments for his country's main man and sprinkled in some hashtags for good measure.

“Thx you for a great day #potus #dad….you are the best!” Daly, 53, continued, tacking on the hashtags “#americafirst,” “#peoplefirst,” “#MAGA,” among others.

As you can imagine it received mixed reception on twitter particularly when Trump tweeted back thanking JD. We are in no position to pass judgement on any golfer and all we want to know is who won? 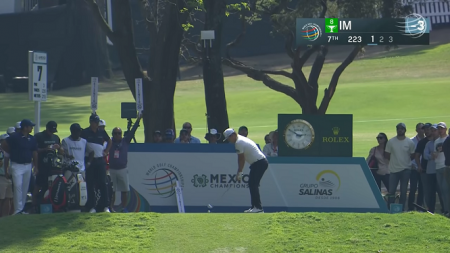