As English trio stake their claim

It was all getting quite crowded at the top of the leaderboard on day two at the AIG Women’s British Open at Woburn on Friday until the overnight leader, Ashleigh Buhai, who was out late in the day, suddenly put her foot on the accelerator to open up daylight between her and the field. 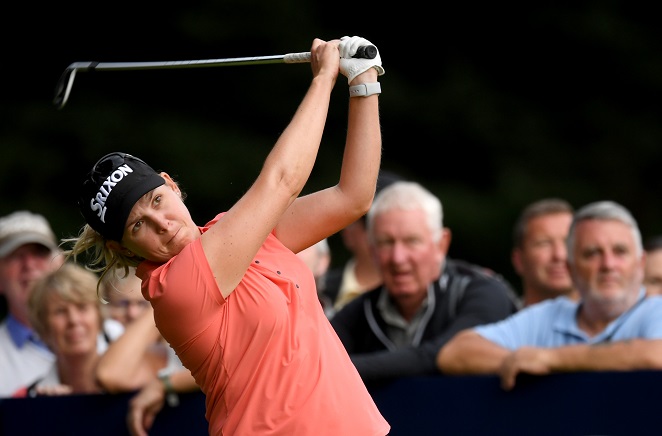 Buhai of South Africa on the 17th tee

Buhai had got off to a slow but steady start as she reached the turn in a one-under par 35 but she started to find the form she showed on day one on the back nine. Four birides in six holes from the 11th tee took the South African three shots clear of Hinako Shibuno of Japan who sits on nine under with Lizette Salas of America one shot further back. Salas had got off to a flying start with birdies at the first four holes.

One shot further back from Salas is a group of five including Celine Boutier of France, Caroline Masson of Germany, Sung Hyung Park of South Korea and two English girls, Bronte Law and local favourite Charley Hull.

Bronte Law who was playing alongside Solheim Cup captain Catriona Matthew had an error free round of 67. When asked afterwards about the pressure of playing alongside Matthew she rather endearingly likened it to "playing with your teacher". 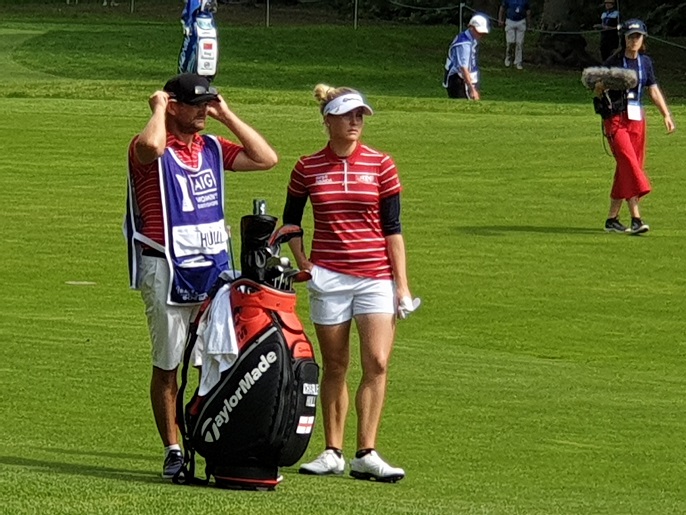 Hull, who has the added pressure of the hometown support and expectation, had an up and down round. Having stormed to the top of the leaderboard with three birdies in her first eight holes she rather lost her way bogeying the 9th, 13th and 14th holes. However, she showed great steel and determination in front of the large crowds that were following her, and bounced back to birdie the 15th and 16th to post a solid round of 70.

Hull commenting on the support she received said afterwards “Yeah it was great. Now I’ve just got to make some more birdies out there. Just go out there and have fun, as well.”

Another player drawing the cheers from the crowd was the holder, Georgia Hall of England. Hall had four birdies and a solitary bogey, at the par three 17th, in her round of 69 to leave her one shot back from Hull and Law on six under. 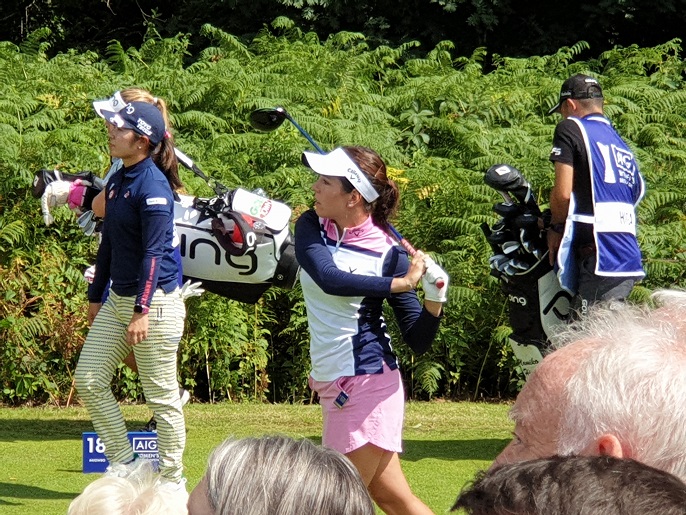 'Ave it! Georgia launches one off 18.

“I’m playing great golf but I think it’s awesome to be at home, playing in England and have all of those people come out there and support me. I’m so overwhelmed by the amount of support I’m getting” said the world number thirty after her round.

“I definitely have the same mentality, I think. I’m very confident and I’m not really thinking about where to not to hit it. Just try to hit it close to the pin and hopefully hole some putts.”

The dominance of the South Koreans we saw at the Evian Championship is not being repeated at Woburn this week. However, Sung Hyung Park (-7) Jin Young Ko (-6) and Jeongeun Lee6 (-5) are all still in the hunt if they can turn it on over the weekend. Park, in particular, was looking in good form on Friday but faded over the back nine. World number one Ko is worryingly nicely placed to launch a charge should the leaders start to struggle. 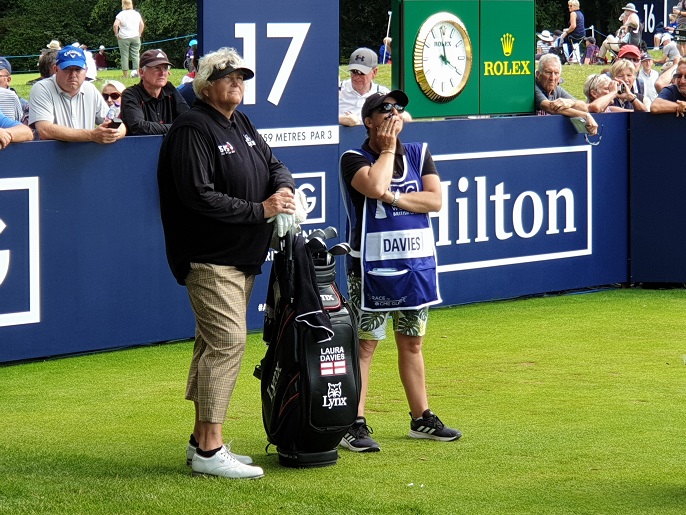 Most notable among those not making the cut are Shanshan Feng of China, So Yeon Ru and Inbee Park of South Korea and Nasa Hataoka. Solheim Cup skipper, Catriona Matthew, also missed the cut as did the four time major winner, 55 year-old Dame Laura Davies. 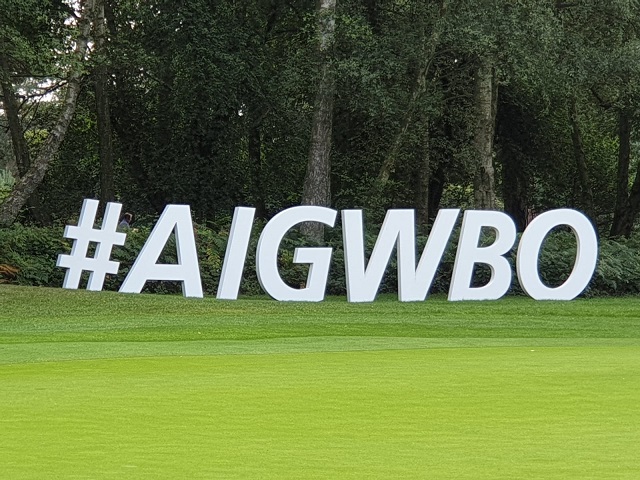