A year after finishing tied for second in the Hero Women’s Indian Open, Christine Wolf enjoyed a much happier experience at DLF Golf and Country Club as she claimed her first Ladies European Tour title.  The 30-year-old Austrian, who had led by three going into the 18th hole 12 months ago before a nightmare double-bogey wrecked her chances, was able to take care of unfinished business. 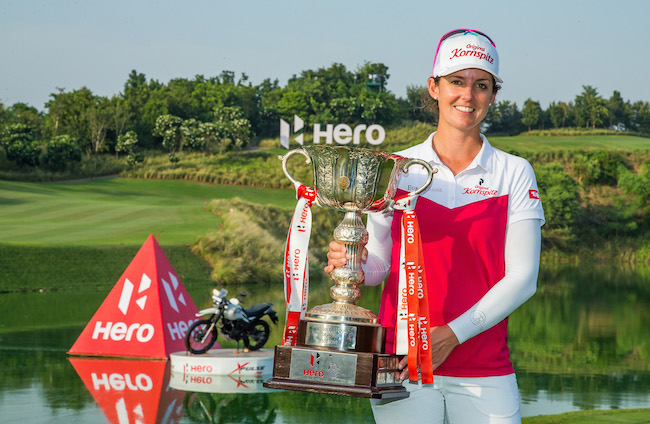 How am I supposed to get the bike from there?

As if by some quirk of fate Wolf found herself standing on the 18th tee, again holding a three-stroke advantage, but this time there was no sign of nerves and her third shot sailed over the dangerous lake and rolled beyond the flag into the rear greenside bunker. She played a superb sand shot and was able to tap-in for a regulation par to win the event by three strokes over Norway’s Marianne Skarpnord.

Last year, the 18th had proved her nemesis and she had played the hole in eight-over-par, including a quadruple bogey nine in the third round, but this year, she played the hole in one-under-par, with scores of par-par-birdie-par. 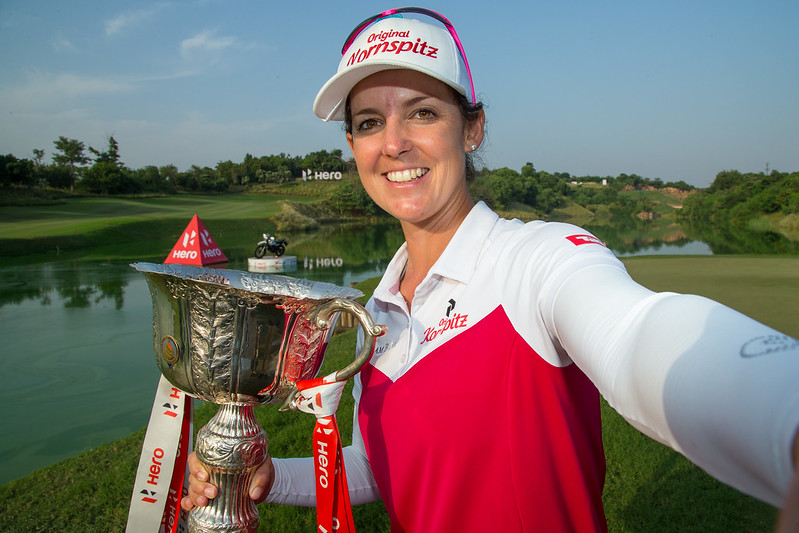 Seriously, is someone going to go and get my bike?

Wolf played four rounds of confident golf on a challenging golf course and was error-free over the weekend. She went 44 holes without a bogey, her last coming at the 10th hole in the second round on Friday and she shot a flawless final round of 69 for a 72-hole total of 11-under-par.

After being showered in water and champagne, Wolf said: “I’m very relieved. I was looking forward to coming back here. I didn’t think, in my wildest dreams, that I would actually pull through and I’m just excited right now. I just tried to stay calm and enjoy it out here and hit good shots. 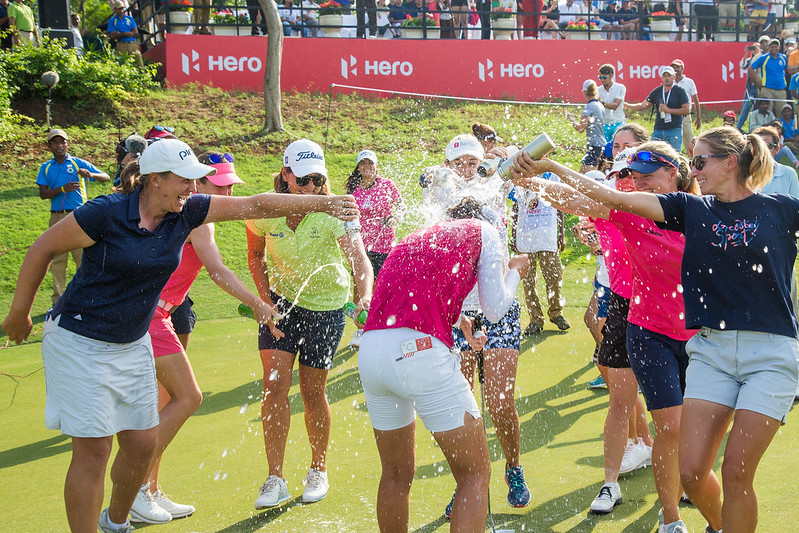 Champagne is fine, but water ladies, did you not see what happened last year?

“I am super happy, obviously, to post my first victory but also because I did it here. I love the course and I already knew that coming into this week. Everyone knew about the drama that went on last year.  When I left last year, I was ready to be back, play the course and get some revenge on the 18th.”

Wolf emerged from the pack with a third round of 67 and held a one stroke lead over Meghan MacLaren heading into the final round. Her ball-striking proved reliable and she converted a short birdie putt on the first hole and extending her lead to two shots. That lead became three when MacLaren bogeyed the next hole.

Wolf made an up and down from the bunker for birdie on the fourth hole but Skarpnord closed the gap to two with her gain on the sixth. They both birdied the ninth and went out in 33. 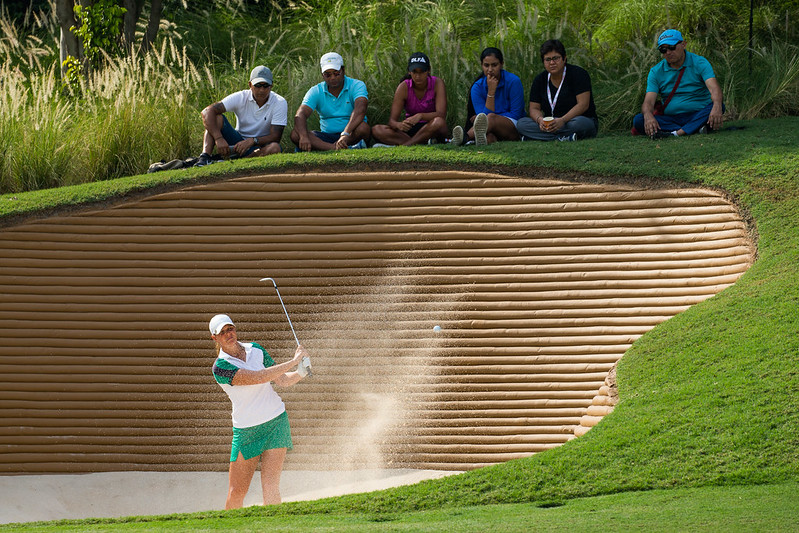 Skarpnord exiting the mother of all bunkers!

Wolf made nine steady pars on the back nine to come home in 36 and almost birdied the treacherous 17th for the fourth successive day, but her putt from 10 feet missed by a fraction. Skarpnord’s only error was on the par five 15th.

Wolf’s local caddie, Ajay, was perhaps the most excited to make amends as he had taken the loss in 2018 personally.

“He texted me all of last year and even at Christmas time. He said, ‘I’m so sorry, ma’am, I think it was my fault.’ I said, ‘Well the only thing you could have done differently was hit that shot for me’, so it was nice having him there and I think he’s super excited as well.”

After a final round of 70 Skarpnord said, “I’m quite happy with my game. Christine played such good golf and hasn’t made a bogey in two days. I felt that I played steady and had a good score around this course. When you are playing with a player that doesn’t miss a fairway, doesn’t miss a green and holes a few putts; it’s very difficult to beat that. Christine has been out here for a few years and she really deserved that win today.” 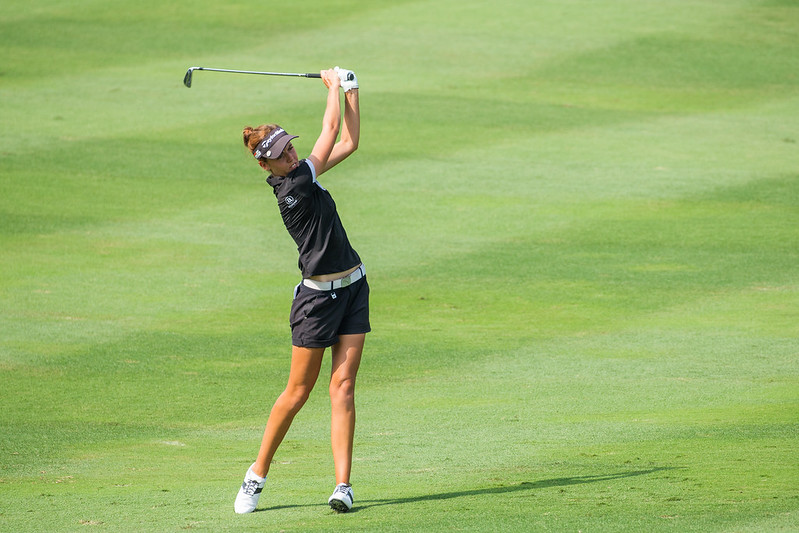 Meg giving it the old heave-ho!

England’s Meghan MacLaren and Australian Whitney Hillier both shot 72, ended in third and fourth places respectively.  Indian amateur Anika Varma, 15, proved herself a star in the making by finishing in solo fifth place, while Tvesa Malik was the leading Indian professional in a tie for sixth with Cloe Frankish and Emma Nilsson. 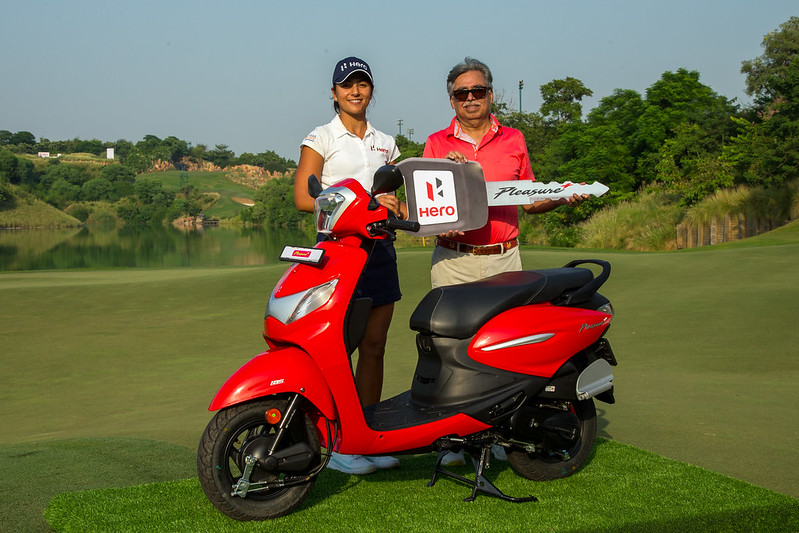 Malik gets a Hero "Pleasure" and doesnt even have to swim to it....

After a final round of 70, Varma said: “I feel pretty good. I enjoyed my round today on the course. It was a good day for me and I enjoyed every part of it.

“I was pretty nervous in the beginning, but as soon as I hit my first tee shot I felt fine. I had a good group and I enjoyed playing with them. That helped me play well too. I was pretty consistent today, just had one double (bogey) on the 16th. Before that I was doing pretty good and I didn’t miss a single regulation before the 16th hole, I think only that one and the 18th, which was the highlight of my day.” 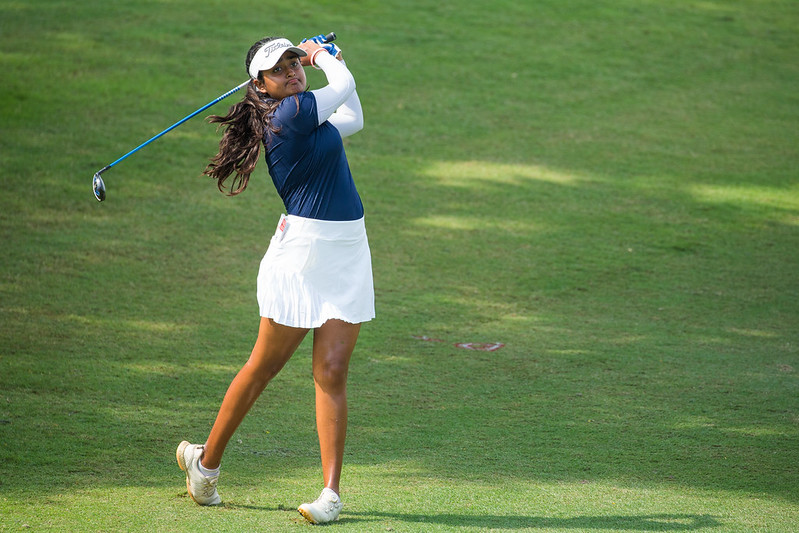 Varma's tries hard to hide the disappointment of not wining any form of transport! 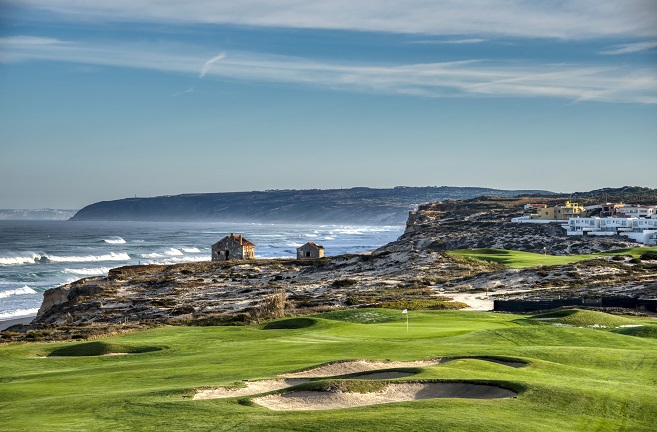