Christine Wolf shot an excellent five-under-par 67 in the third round of the Hero Women’s Indian Open to take a one stroke lead into the final round at DLF Golf and Country Club in Gurugram. The 30-year-old Austrian will be determined to make amends for last year when she dumped her third shot into the water at the 18th to take a double bogey and lose the event by two shots. 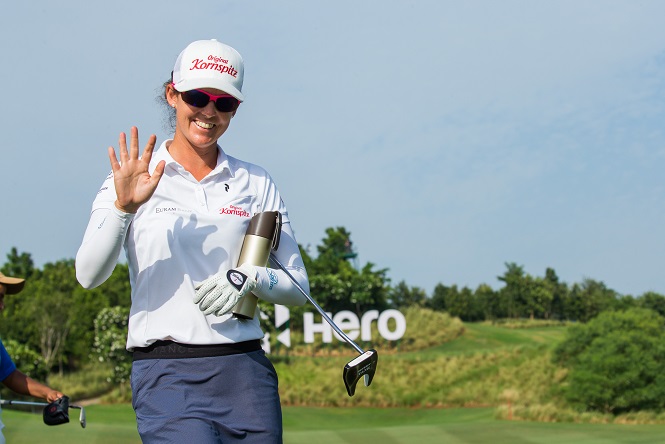 Anyone fancy a cuppa?

The Austrian must break out in a cold sweat each time she tees up on the 18th, as last year she also racked up a quadruple birdie at the hole in the third round. So far so good this week, as she is one under for the rounds played with a birdie in the third round.

Commenting afterwards Wolf said: “From the start of the season I was just thinking, ‘I can’t wait to be in India’, just because I feel, I don’t know, I mean… Becky played really well last year, but I feel I played well on 17 holes every day. I just enjoy coming here and I guess the course suits my eye. 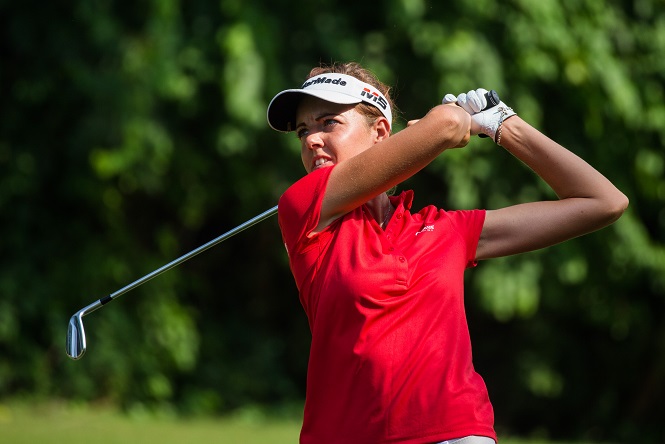 “It took me a while (to get over the heartache). I don’t know how long exactly, but it just kept coming up. It was mostly at the start of the season, but not anymore.”

Wolf who had five birdies and no dropped shots in her round added: “I played well and made some good putts for birdie and a really good save on eight for a par, which kept me going. I really enjoyed it out there.” 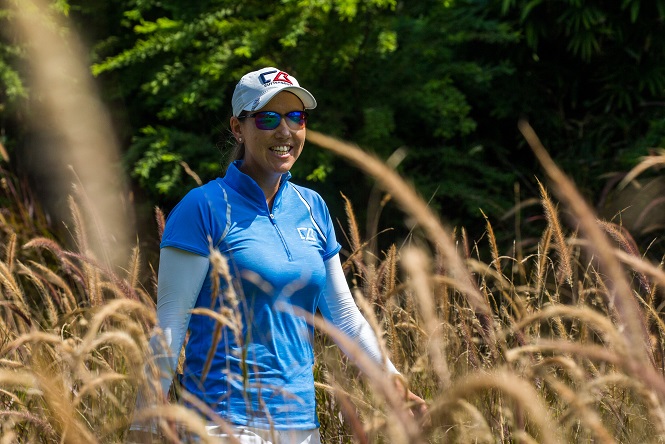 Anyone see a ball anywhere?

The first round co-leader, Meghan MacLaren, who had a disappointing second round bounced back on day three with a 69 which included five birdies and two bogeys. The Englishwoman sits on seven under just one shot back from Wolf.  “I’m right there at the top of the leader board and I can’t complain too much.” said MacLaren. 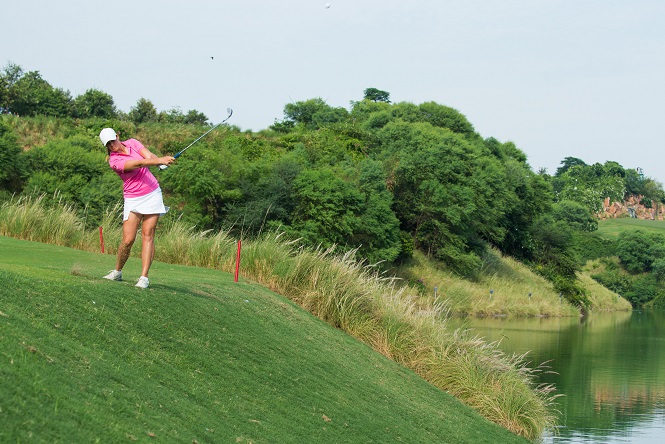 Now that's what you call a lay up! Marianne Skarpnord of Norway.

“I played pretty solid and felt like I was somewhere in between the first and second rounds. I had to grind at times, which I did and I also hit some really good iron shots and holed some putts. I left a few out there but overall did things well.”

Halfway leader, Whitney Hillier of Australia and Marianne Skarpnord from Norway are two shots off the pace in a share of third after rounds of 71 and 72 respectively, while fellow Norwegian Tonje Daffinrud sits in fifth.

Thailand’s Trichat Cheenglab is sixth, while Manon De Roey and Emma Nilsson are tied for seventh.

Teenager Anika Varma, 15, carded a 67 to move into a share of ninth place with fellow Indian Tvesa Malik, England’s Cloe Frankish and the 2017 champion Camille Chevalier from France. 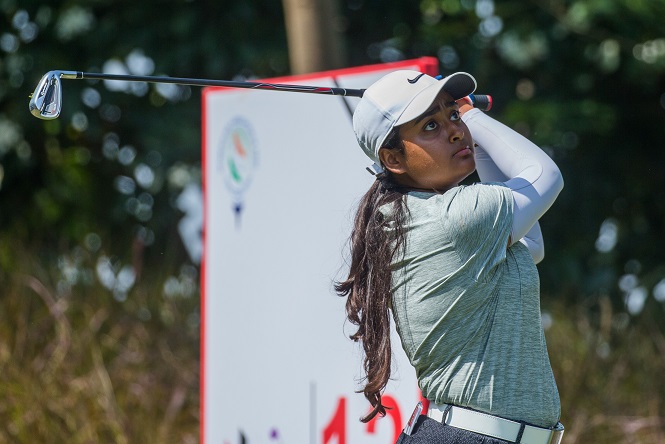 Varma is making her third appearance in the championship but this is the first year that she has made the cut.

Joke of the week with With Derek the Donkey