Engström extends her lead in Kenya

LET 2018 Rookie of the Year, Julia Engström, carded a two under par 70 at Vipingo Ridge course to extend her lead in the Magical Kenya Ladies Open to seven shots over the field. Esther Henseleit who needs to win the event for a chance of grabbing the LET order of merit title could only manage a 71 and sits in joint second. 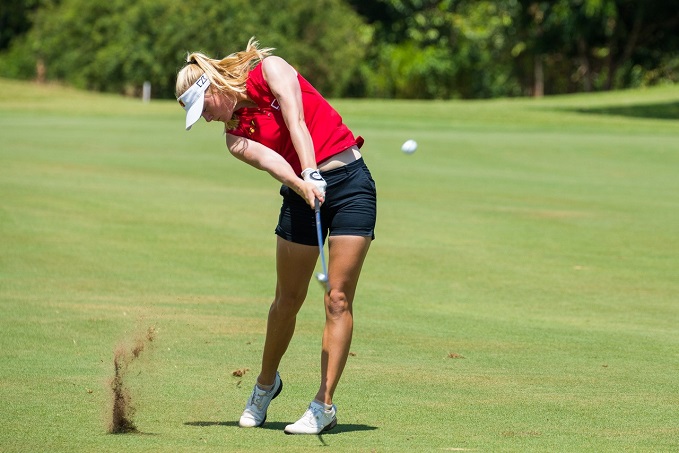 Engström, looking for her breakthrough victory on the Ladies European Tour, was six strokes ahead at the halfway point and is now seven clear of Christine Wolf, Aditi Ashok, Astrid Vayson de Pradenne and Henseleit, who sit at six under.

Engström got off to a flying start with birdies on the first two holes and a further birdie on the par-five 6th hole moved her eight strokes clear of Henseleit.

That lead was cut in half when Engstrom pulled her tee shot into the water on the par-three 8th and Henseleit birdied the 9th. However, Engstrom bounced back immediately with a birdie at the 9th take a five stroke lead into the back nine.

A bogey from Henseleit at the 10th, handed the Swedish teenager a six shot lead which she built on  with birdies on the 11th and 15th holes. But for bogies at the last two holes, Engström’s lead would have been greater.

“I had a good start and kept on going. I made a double on eight, but bounced back directly with a birdie. I took advantage of the par 5s and just enjoyed it out there,” she said.

“I haven’t been eating that much, because I have had trouble with the food. I got a bit tired at the end, but I’m hoping that I will be better tomorrow. I will try to eat something tonight and drink a lot of water. I’m happy to go out there in the lead, but there are 18 holes to go, so I’m excited.”

The biggest lead going into a final round this season on the LET was eight strokes, recorded by Atthaya Thitikul, who went on to win by five in Thailand, where Henseleit finished second.

The 20-year-old from Germany has been a runner-up four times on the LET so far in her first season and knows that she will need a low round to catch Engström. A win would also give her an incredible chance of winning the order of merit, where she lies second behind leader Marianne Skarpnord.

“I was three under after the first nine and had some more chances. I just missed three short putts on the back nine and made a good bogey on 10 after hitting it into the woods on the right. I just couldn’t get the putts in,” Henseleit said.

“It’s a bit like Thailand. I think I was eight shots behind Atthaya, so I’ll be looking for a lot of birdies tomorrow to catch her.”

Christine Wolf shot 66 which was the equal best round of the day, but feels that a second victory, following her Hero Women’s Indian Open title, is out of reach.

Vayson de Pradenne and Ashok both shot 67s to stay in the hunt. 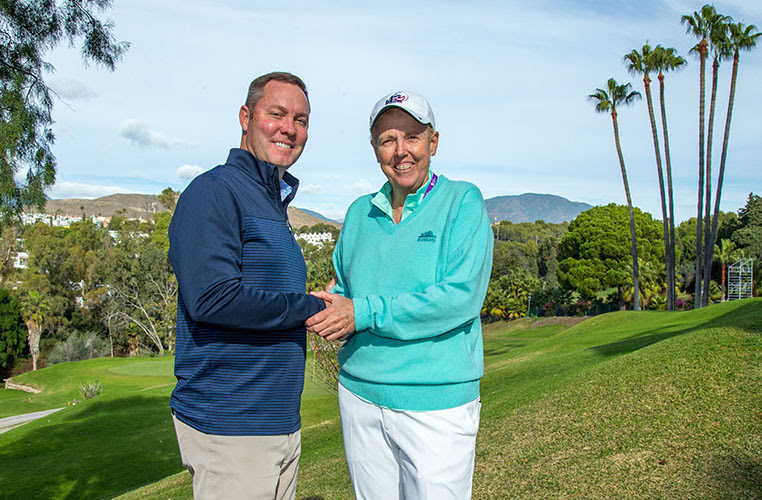 Frenchman leads by one going into the weekend at Valderrama