Erik van Rooyen celebrated his 30th birthday most spectacularly at the WGC-Mexico Championship as the South African tied the course record at Chapultepec Golf Club with a sizzling 62. That nine under par round moved van Rooyen to a ten under total and within a shot of Bryson DeChambeau’s lead. 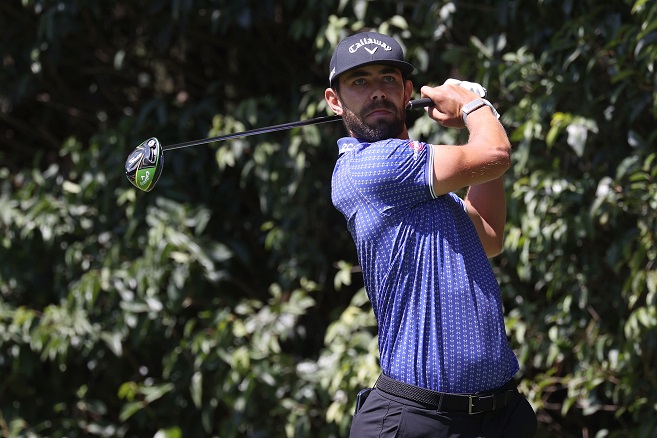 The Cape Town-born player shares second place with his fellow European Tour Member Patrick Reed, who signed for an eight-under 63.  26-year-old DeChambeau posted seven birdies in eight holes in his round of 63 and leads on 11 under.

The highlight of van Rooyen’s flawless round came at the par four 9th hole where he chipped in from the rough for a three, and he and Reed were two of four players to card nine birdies – a record number of players to do so during a single round in World Golf Championships stroke play events.

Rory McIlroy, meanwhile, rallied with three birdies in his final five holes for a two-under 69 which left him three shots off the pace going into the weekend.

“It was a lot of fun. Surely when you have days like that you can't help but smile out there, and making those putts the way I did, striking the ball the way I did, it's surely a joy out there.” Said DeChambeau after his round.

“The confidence has got to be high. It is high, and it's a lot of fun to see putts finally going in. I'm going to go out and do my work like I normally do, go putt a little bit, hit some balls, but overall everything is going pretty well. I’m firing on all cylinders.”

Commenting on his record-equalling round, van Rooyen said: “It's not a secret. I just hit it really well. Obviously, a few really good chip-ins the last couple of days, and then I putted really well. I've been a little bit uncomfortable the last few weeks, but I'm working on that stuff, and you know how it goes, just stick to your process, just trust in the fact that you're doing the right things, and 62s happen.”

"The first thing I told my wife this morning was, man, I feel really old. But I guess I'm still quite young, and what a way to kick off the 30th year and shoot nine-under. A little bit of a gift to myself."

Oh to be thirty again and think that’s old!!