The large crowds at the Club de Campo Villa de Madrid were delighted as Spanish players took command of the Open de Espana. Adria Arnaus and Rafael Cabrera Bello hold the halfway lead on eleven under par with Samuel Del Val one shot back and world number five and defending champion, Jon Rahm, sitting menacingly two back on nine under. 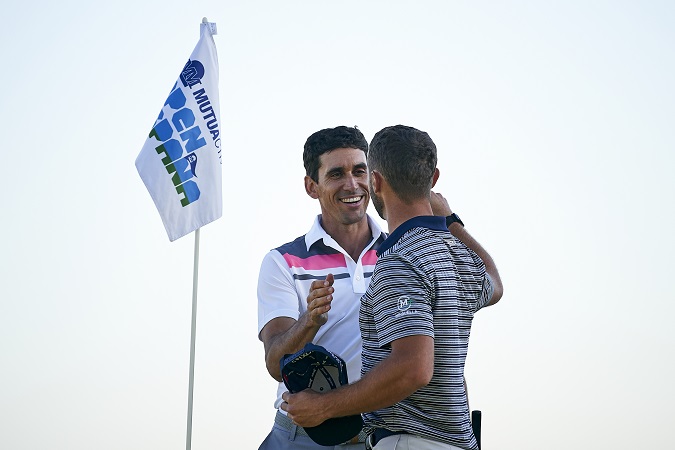 Cabrera Bello was bogey free for his first 36 holes which was a first on the European Tour for the Spaniard.

"You don’t get to go bogey free very often and two days in a row - I’m not sure how many times I’ve done that," he said. I’m very pleased with how I’m playing, I’m feeling confident out there and in control of my game.

"I'm really proud of how I've played these first two rounds," he said. "I've enjoyed it so much with the support of the crowds from home and also playing with Rahm and Rafa, it has been two fantastic days.

Overnight leader, Kristian Krogh Johannessen, struggled on day two. The graduate from Qualifying School had opened with an eight under 63 but opened with a bogey on his first hole and would eventually card a two-over 73.

Arnaus is playing his first season on the European Tour season after graduating from the European Challenge Tour and has had three second place finishes already this year.

Arnaus bogeyed the second hole but bounced back in style with a hat-trick of birdies  from the fourth tee to take the lead.

Cabrera Bello who had birdied the 2nd hole then made his own move, having made a two putt birdie on the par five 7th he stiffed it at the 8th for another birdie and a share of the lead with Arnaus.

The duo traded blows as they turned for home but Cabrera Bello suddenly found himself three back as Arnaus hit the 14th green in two and holed a 15 foot putt for an eagle. However, an up-and-down from the sand at the 15th by Cabrera Bello quickly followed by a birdie at the 16th meant the lead was just one.

The 2016 Ryder Cup star then parred the final two holes to remain bogey free for the event however, Arnaus took three to get down on the final green and the lead was tied once again.

Rahm, the third member of the marquee group got off to a bad start with a double bogey on the 2nd hole but undid the damage with three birdies in four holes from the 4th tee. He then made three birdies in a row from the 13th but slipped up with a bogey at the 16th before a birdie at the last left him just two back.

Sergio Garcia is in a tie for twentieth, trailing the leaders by seven shots after shooting a second 69.

Del Val in just his fifth start European Tour event looked composed as he birdied the 13th, 14th and 16th to turn in 32. A bogey on the 1st  halted his momentum but four birdies in his last seven holes saw the 32-year-old reach ten under, just one back from the leaders.

South African Zander Lombard was at eight under after a second consecutive 67, a shot clear of Finn Mikko Korhonen, Australian Jason Scrivener and German Marcel Siem.

It's getting cold out there 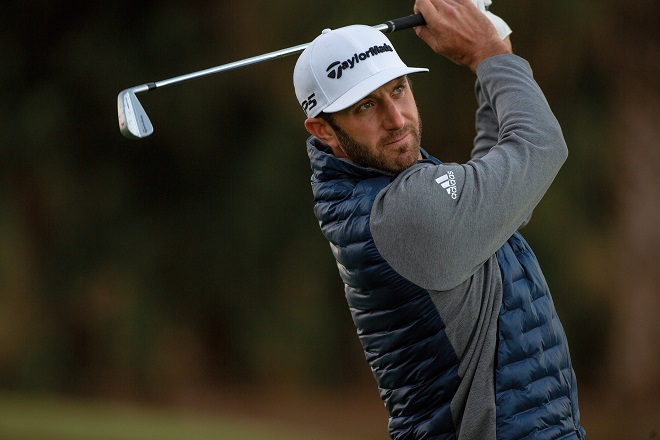