Willett and Rahm lead the way at Wentworth 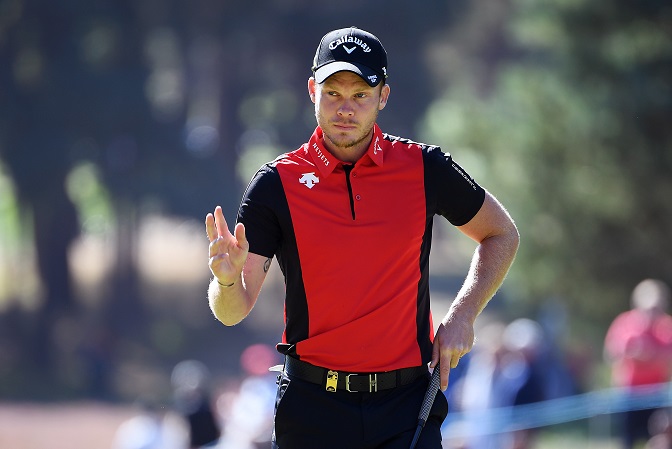 It was the Danny Willett of old, the Willet who burst on to the world stage when he surged past a faltering Jordan Speith to don the Green Jacket at Augusta in 2016. As he himself pointed out his opening five holes on Friday of 3-3-3-3-2 sounded more like a score on the local par three course.

Five under after five, Willett added three more birdies at the 9th, 11th and 12th before dropping his only shot of the day at the short 14th. Given the birdie opportunities the last few holes at Werntworth offer he may think he could have gone lower than 65 but Willett seemed happy with his round.

"I'm probably not back to my best," said the Englishman, who won the DP World Tour Championship in August and is now up to 58 in the world having plummeted down to the mid four hundreds during 2018.

"I'm just in a much better place with everything. It's now enjoyable to be playing it and feeling good about yourself in front of the crowds. I am confident about giving them what they paid for now.”

World number six, Jon Rahm eagled the final hole to card a five under 67. Rahm got off to a sloppy start, bogeying the first two holes but then strung together four consecutive birdies to get his round back on track. The Spaniard added two more birdies and the eagle with just one dropped shot at the 10th to join Willett at the head of the field.

England’s Justin Rose was happy to be in the hunt having nearly had to pull out of the event following an injury picked up at his agent’s stag do where he jarred his knee.

“Honestly, I’d only been there for half an hour and as stag do injuries go, it was pretty tame. It hurt when I woke this morning, but it’s OK when I’m swinging the club. I’m really pleased to be where I am, if I think that I didn’t have much of a preparation.” said Rose after a solid four-under round of 68.

Once again there were big crowds at Wentworth and even more are expected over the weekend as the weather seems set fair. Of the big names they were hoping to see both Rory McIlroy and Tommy Fleetwood scraped in on the cut mark of one over par.

"I'm happy to be here for the weekend. I had to battle hard out there just to be here. I'm proud of myself for hanging in.” said McIlroy.

"The course is getting firm. If I can shoot seven-under tomorrow, get myself to minus six, you never know... I went low on this golf course before, so I feel like I can do that."