Latest  >  The long putter is alive and kicking 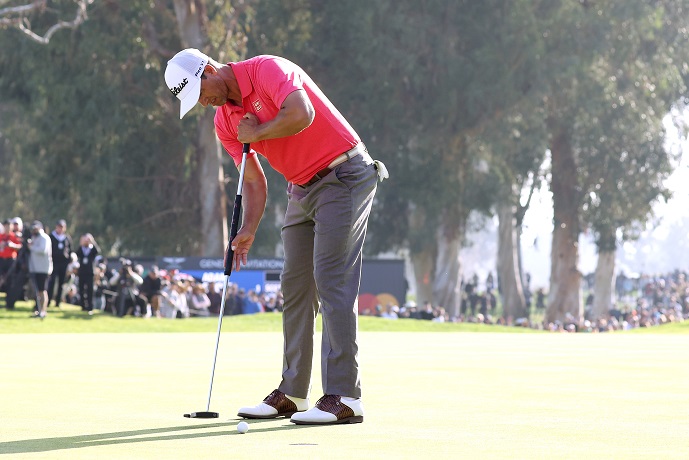 If you take a look at the putt Scott holed on the 10th green in the play-off to see off Angel Cabrera and grab the Green Jacket it looks pretty damn similar to the putting stroke he used to great effect at Riviera Country Club.

The difference is that Scott is no longer anchoring. In 2013 he held the top of the putter against his chest to anchor it but in 2020 he is holding the putter an inch or so away from the chest.

The R&A and USGA had a chance to sort out the long putter issue a few years back and they bottled it. Rather than introducing a simple rule such as the putter must be the shortest club in the bag or you have to have two hands on the same grip on a putter they chose to try and define ‘anchoring.’

The tucking of the putter into the belly, a technique that Ernie Els accepted was the reason he won the 2012 Open Championship, was out but you can still rest a long grip against your forearm which surely is a form of anchoring. 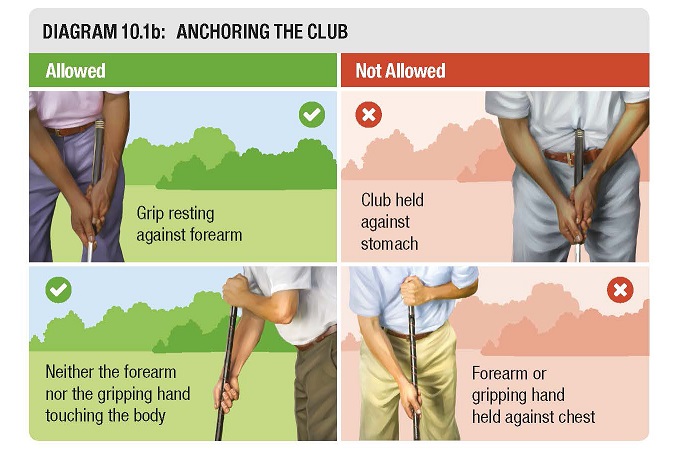 For the even longer version of the putter, neither the forearm or gripping hand may be in contact with the body. The correct implementation of this rule relies to a degree on the honesty of the player as most long putter proponents still putt with their top hand incredibly close to their body. Unintentional contact with the body or clothing is not a breach of the rules.

Rule 10.1b clearly states that “if the player’s club, gripping hand or forearm merely touches his or her body or clothing during the stroke, without being held against the body, there is no breach of this Rule.”

To me, the issue is not anchoring but rather putting is being reduced to a mechanical motion with the player creating a pendulum by fixing the top of the putter with one hand and rocking it with the other.

I used to be a good putter but these days I struggle on the greens. I could have switched to a long putter method years back but to me it was not ‘cricket’ as we say in the UK. I know some people are as bad with a long putter as a short and you can manipulate the evidence to suit either side's argument but a great big putter sticking out of the bag is an anathema to me.

We have enough issues with technology changing the shape of the great game without allowing for artificial methods to gain an advantage being allowed. Let’s hope the majors in 2020 are won with players stroking beautiful putts with a ‘proper’ putter.