Tom Watson, a five time major winner, had often struggled at the US Open and coming in to the 1982 event he was not in great form. The US Open was the one he really wanted and to get it he was going to have to beat arguably the best ever golfer, Jack Nicklaus. He did it and will forever be remembered for ‘the shot’ on the par three 17th of the final day. 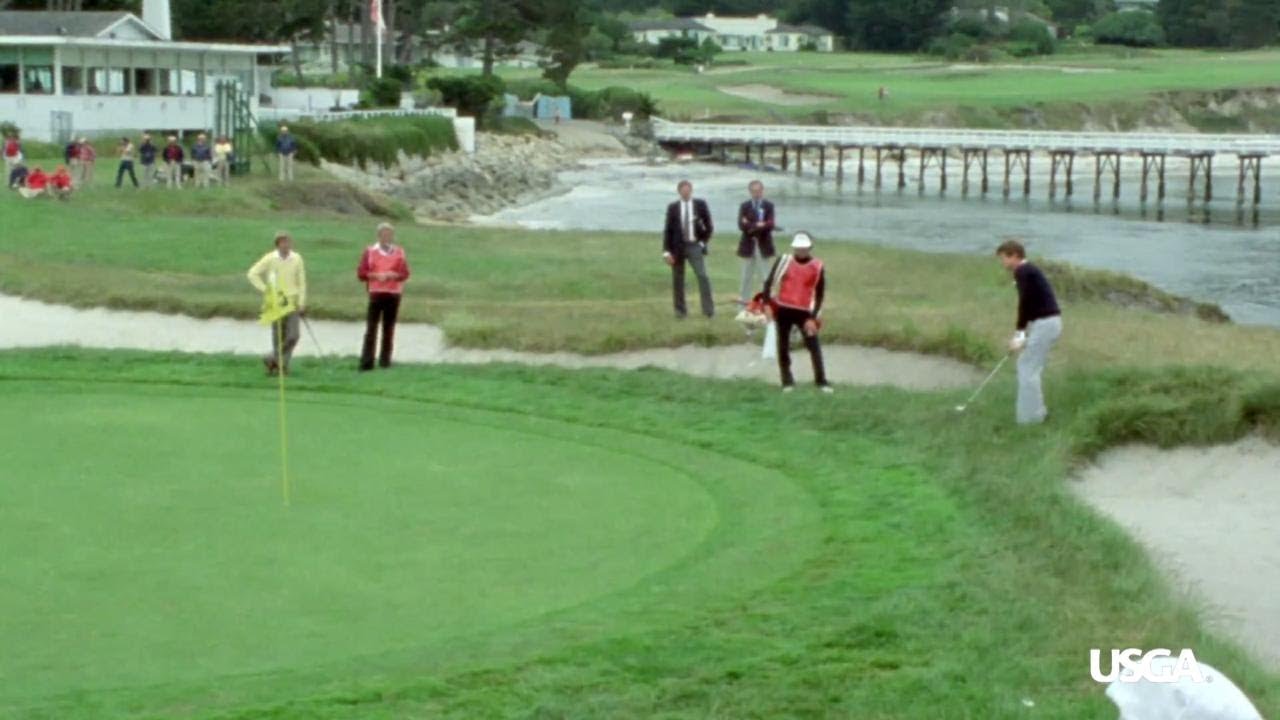 Watson had led previous US Opens, notably the 1974 event at Winged Foot where he led going into the final round but faded to fifth with a final round 79. At Pebble Beach in 1982 he got off to a steady start with level par rounds of 72 on the Thursday and Friday. The second round was particularly astonishing as Watson only hit 5 fairways on his way to the level par round.

“I was hitting it sideways” Watson would later recall. Taking to the practice ground Watson worked out what was going wrong, too much separation on the backswing apparently. A four under par 68 in the third round took Watson up to a share of the lead with Bill Rogers on four under.

Jack Nicklaus was three shots back, on one under par,  going in to the final round and was three groups ahead of the Watson, Rogers pairing. The event became a three-horse race between the three major champions.

When Nicklaus birdied the 15th he joined Watson in the lead and it seemed was on course for yet another major title. Rogers had faded and would eventually end in a tie for third, four back of the winner. Nicklaus was safely in the clubhouse on four under par as Watson, on the same mark, stood on the par three 17th tee.

The 17th had produced Jack’s famous one iron shot in the previous US Open at Pebble Beach in 1972, when his ball struck the flag and stopped inches from the hole. When Watson’s two iron went long and left of the green in to the thick rough Jack and the media thought it was his Open once again.

Watson had a half decent lie but was in thick rough and near sided to the tricky back left pin position. It seemed he would do well to get it within 10 feet when his caddy told him to “Get it close.” "Get it close?" Watson answered. "I'm gonna make it!"

A couple of minutes later, Watson had holed his chip and was doing a semi lap of honour round the green. He stood on the last tee one ahead of Jack and proceeded to birdie the last to take his one and only US Open title by two shots.

Although he called it a heartbreaking defeat, Nicklaus was the first to congratulate Watson as he walked off the 18th green.

- Watson also won the British Open a month later, to become the fifth player to win both Opens in the same year.

- Tom Weiskopf, an early starter on the Sunday shot a hole-in-one at the seventh hole. From Thursday through Sunday, Weiskopf played the hole in 4, 3, 2, 1. 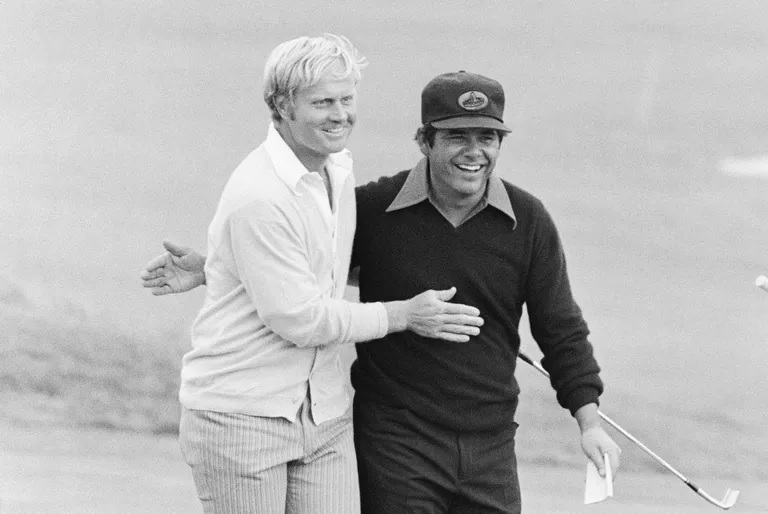