“Fancy playing in Bavaria?” came the call. Visions of steins of beers and shouts of prost from froth moustachioed faces sprung to the mind as I nodded furiously. Ok grab your clubs you’re off to The Quellness Resort.

“Hold on what is this Quellness Resort and do they play golf in Bavaria?” I asked. As I was to learn, Quellness is the single largest golf resort in the whole of mainland Europe and Bavarians think golf is wunderbar! 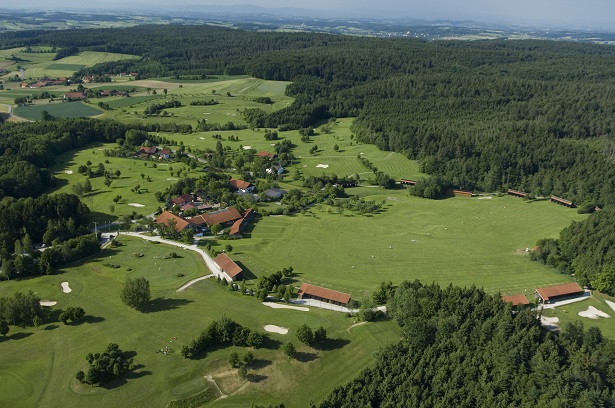 A two hour flight from London Heathrow and we are touching down in Munich. The car journey to the Quellness resort in Bad Griesbach is a little of a balls ache at 2 hours but this is to change in November when a new autobahn opens and cuts the journey time in half.

Arriving at the resort it is clear why it is viewed as a hidden haven for the keen golfer. There is access to five 18-hole championship courses (three of which are the work of Bernhard Langer), three nine-hole courses and an amazing Golfodrom, with 210 bays, and a massive 18-hole in-door putting centre.  Add to this a six-hole practice course and a ‘junior course’ for children under 18 and this brings the resort total to 129 golf holes. 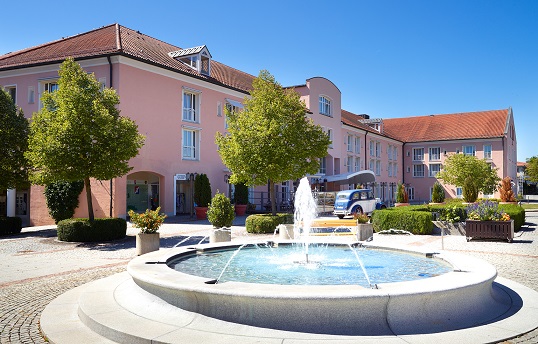 In addition to the golf, the resort has three hotels, all with their own spas, which include hot thermal springs. Health and wellbeing form a big part of the Quelleness experience with the name being the combination of “Quelle” which means spring or source in German and “Wellness”.

A word of warning, the sauna experience is a liberating one in Germany with swimmers frowned upon. So, it is commando only when unwinding after a day on the links.

We are staying at the main hotel, Golf Hotel Maximilian, which is the resort’s 5 Star, luxury offering.  Naturally we found our way to the massive bar and seating area, which you access via an impressive wooden staircase from the hotel lobby. 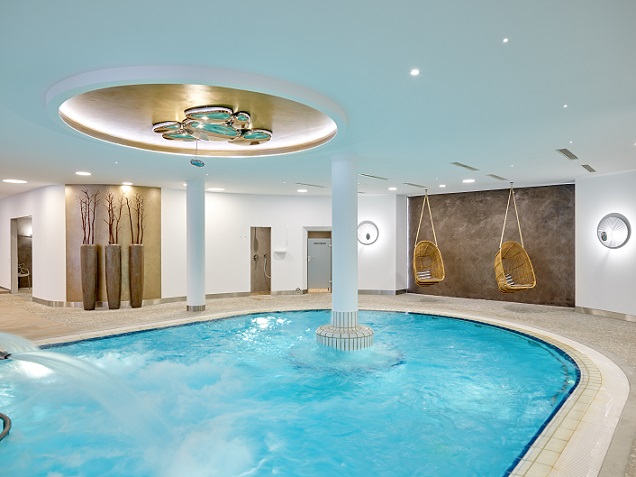 Day one and it’s off to the Bernhard Langer designed Porsche course. Odd name I here you say but it shares a clubhouse with the Beckenbauer course so there seems to be a theme going on.

The championship course is 6,037 meters (6,602 yards) off the tips but there is a choice of three other tee options. It may be early in the season, but the course is very well presented, with the greens running fast and true. It does have the feel of an American style resort course but that is no bad thing. 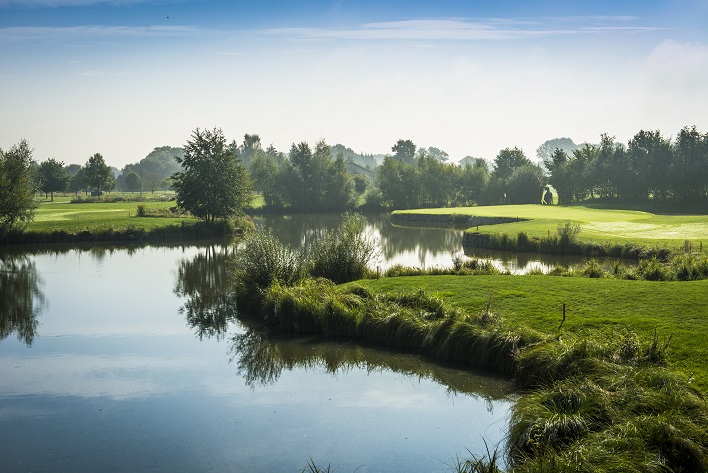 The River Rott forms a natural boundary to the course and so bring plenty of balls as the water come in to play on a number of the holes. We managed to pick up a few retrieved balls at a bargain price of one euro.

The course is relatively flat as it sits within the River Rott’s flood plain, so there are limited elevation changes, but it is very well defended by water and strong bunkering. There are no weak holes on the course, and it’s a joy to play. 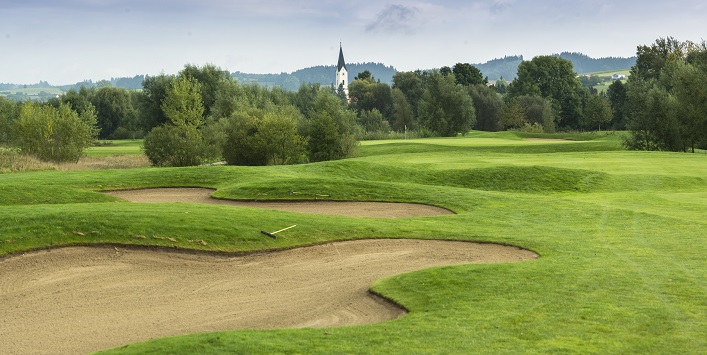 After a light lunch it’s time to take on Langer’s other creation the Beckenbauer Course. The course is a similar offering to the Porsche with the River Rott coming in to play again once again with water featuring on thirteen of the holes. It’s a beast off the back tees at 6,500 meters (7,108 yards) so off to the yellow tees we trot, which themselves are no push over at 6,078 meters (6,646 yards). 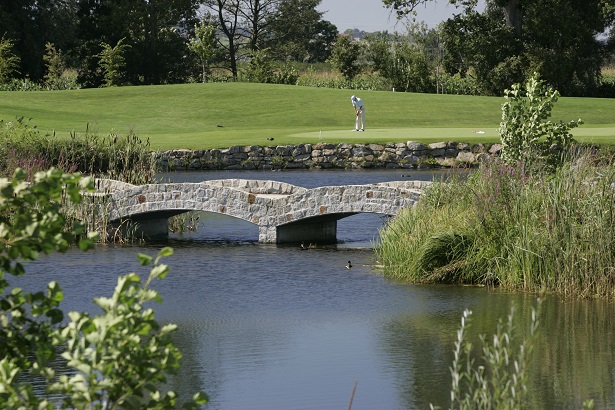 The Beckenbauer course was the home of the Porsche European Open from 2013 until 2017 and is clearly the tougher of the two courses. However, the Porsche is arguably the more interesting and more pleasing on the eye. 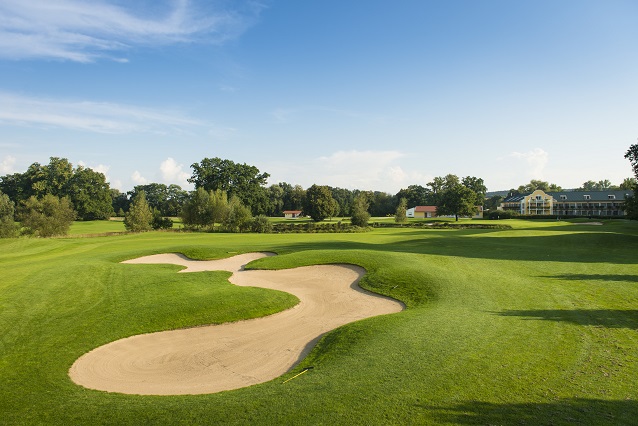 After the aforementioned sauna it was a shower and change and time to sample the delights of Bavarian cuisine. German cooking has never really made inroads into the UK, after all, we’re not exactly used to popping out for a quick German. However, there is much more on offer than Sauerkraut, and Wiener Schnitzel.

The menu does rather major on meat and potatoes but there were other options such as the local asparagus which was in season. White, fat and succulent, it was quite different to the thin green offering we are used to in the UK. 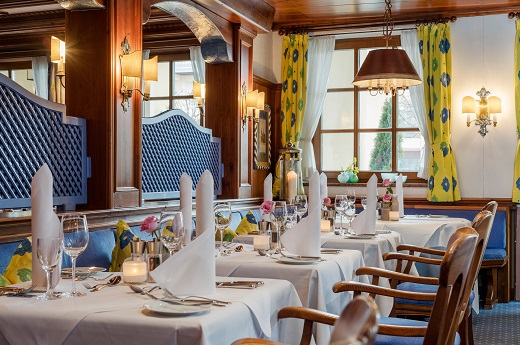 One of five restaurants at Maximilian Hotel

As a desert fan you must try the apple strudel, it comes with vanilla custard and is the staple desert of the region.  It is also quite simply delicious!

As the home of Oktoberfest, Bavaria is obviously synonymous with beer. With 40 different types brewed in the region, and over 400 different brands to choose from, Bavaria is heaven for any beer lover. It’s great value too with a pint coming in at just over two quid.

If you're not a beer lover Quellness is close to the Border with Austria and it’s delicious wines, with many options you might struggle to find in the UK. 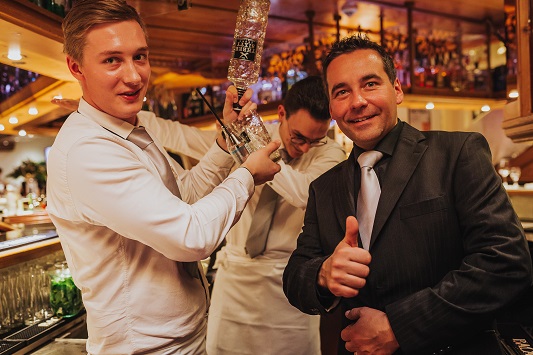 And so, as Day 1 draws to a close, I toast my hosts with a local Schnapps in hand, courtesy of Max, the barkeeper. A powerful little number which could put a dent in your swing on the following morning if you get carried away. 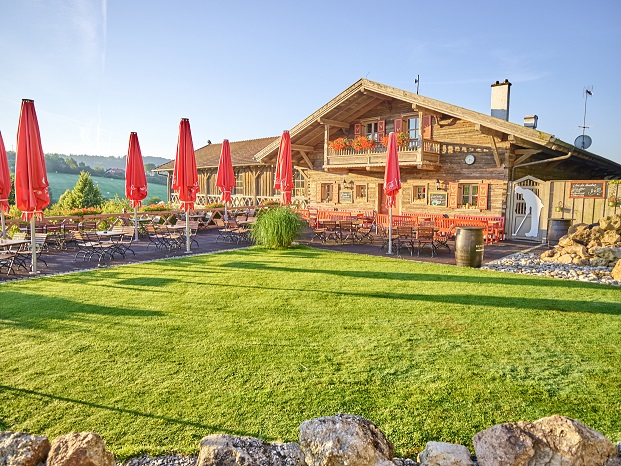