Englishman comes up just short for the second week running

Lee Westwood came up just short once again as Justin Thomas emerged on a busy final day to win the Players Championship by one shot. Last week the 47-year-old battled Bryson DeChambeau down the stretch and this week is was world number three Thomas.

Thomas continued his form Saturday to shoot a four-under 68 as he came from three back to pip Westwood and take his 14th PGA Tour title on fourteen-under-par.
Overnight leader Westwood struggled to find the golf that had given him the lead coming into Sunday. By the time he reached the turn, his advantage had gone and although he battled back to join Thomas in the lead with three holes to go a three-putt at the treacherous 17th proved fatal.

Last week's winner Bryson Dechambeau joined Westwood in the final group and he too struggled to the turn. Although he staged a late charge with a fabulous eagle at the 16th, the poor start ultimately cost him.
A tearful Thomas spoke of his grandfather, who passed away recently after his round. "I wish I could talk to him," he said. "It's a sign that he was watching."
The American who has had a tough patch of late, including being dropped by clothing brand Ralph Lauren after a greenside mic picked up an alleged homophobic slur the Sentry Tour of Champions in Hawaii in January, came alive at the weekend at TPC Sawgrass.

A superb eight-under 64 brought the American back into the tournament on Saturday. He stormed the top of the leaderboard on Sunday following a run of birdie, birdie, eagle, birdie from the 9th tee.
However, when Thomas missed a short putt at the 14th, he opened the door for Westwood, who duly accepted the invitation making birdie at the same hole. The American recovered and, holding his nerve, found the long 16th in tee and converted the two-putt birdie.
The 16th proved to be a pivotal hole as Westwood caught a tree with his second and eventually had to scramble to make his par. At the same time, Dechambeau had bombed it off the tee and hit a short iron in close to make eagle and close to within two of the lead.

Meanwhile Thomas made a clutch putt at the 17th to maintain his advantage over Westwood and when the 47-year-old failed to convert his par putt the title had gone. World number three Thomas had a two-shot lead going down the last and a great drive sealed the deal for the American.
Westwood would birdie the last but would once again have to accept the runner up spot.
"Obviously, when you're in contention, you'd like to win every tournament you're playing in, but I didn't quite have my game today," said Westwood.
"I don't know what it was. Maybe I just haven't played a lot of golf. I hate to say it, age is catching up with me."
This was Thomas's first win since the WGC-St Jude Invitational last August and a very welcome one.
"It's been a long year, but they (my family) are always so supportive of me," said Thomas. "When you are in a tough place mentally or don't feel as great, to have a support system like that is huge."

American Brian Harman made a run at the leaders with three birdies on his back nine to finish two alongside twelve-under-par.
England's Paul Casey got into the mix but ultimately, his inconsistency cost him. Five birdies and three bogeys in his round of 70 left him at eleven-under-par for the tournament in a tie with American Talor Gooch.
Canada's Corey Conners closed with an excellent 66 to finish alone in seventh, a stroke ahead of Open champion Shane Lowry.

Day one highlights and Friday tee times at The Players 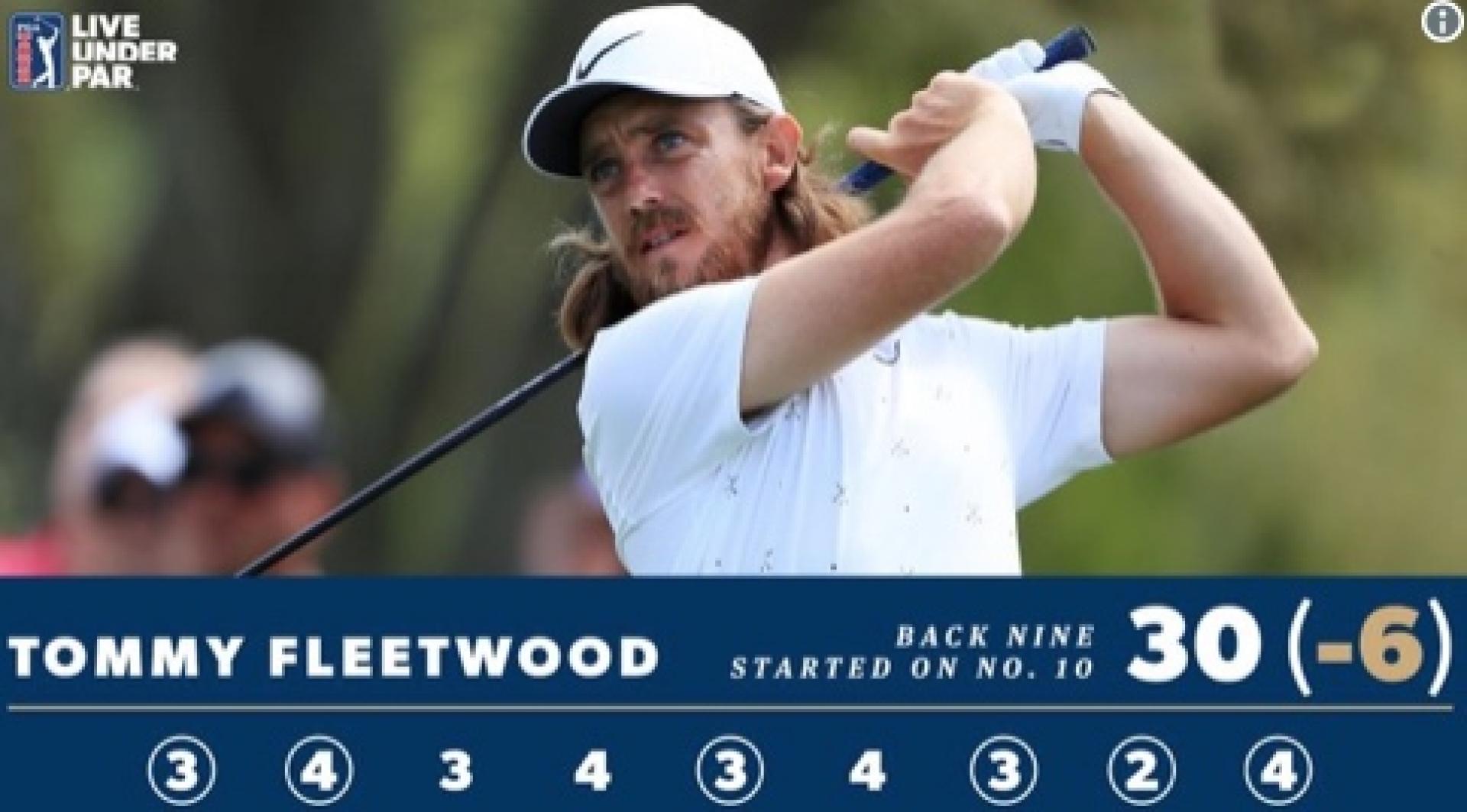