Lefty becomes the oldest major winner with his sixth title

Phil Mickelson became the oldest man to win a major title as he claimed the US PGA Championship at Kiawah Island. 50-year-old Mickelson's win came amidst incredible scenes as spectators flooded onto the 18th fairway to watch the closing moments.

"It was quite unnerving, but exceptionally awesome. I don't think I've ever experienced anything like that before," said Mickelson, who won by two shots from playing partner Brooks Koepka and South African Louis Oosthuizen.
The previous oldest major winner was Julius Boros, who won the 1968 PGA Championship at Pecan Valley Golf Club at the age of 48. Mickelson joins Lee Trevino and Sir Nick Faldo as a six-time major winner.
The win drew praise from Tiger Woods, who tweeted

Jack Nicklaus went further, posting a video on Twitter praising Mickelson's efforts and referencing the fact Phil was four years older than Nicklaus was when he famously won the last of his majors, The Masters. at the age of 46.

Mickelson will now have an eye firmly on winning the one prize that has thus far evaded him, the US Open. If Mickelson could take the US Open at Torrey Pines next month he will join the elite group that have achieved the career Grand Slam.
It was a rollercoaster front nine as Mickelson and four-time major winner, Brooks Koepka, traded blows over the opening holes.
Mickelson led by one shot overnight but opened with a bogey and when Koepka holed his twelve-foot birdie putt, the lead had changed hands. However, a sloppy double-bogey, including a duffed chip, from Koepka at the 2nd hole handed back the advantage to Mickelson, who made birdie to take a two-shot lead.
Mickelson kept the lead despite bogeying the short par four 3rd as Koepka missed a short putt for birdie. The left-hander then produced a bit of magic at the par three 5th, holing from the sand for birdie.
The duo was level again after a two-shot swing at the 7th where Koepka birdied and Mickelson leaked a shot. However, once again, Koepka straight away handed the advantage back after a terrible approach to the 7th led to another two-shot swing as Mickelson birdied.
Mickelson turned for home with a two shot lead, which he immediately extended to four shots at the 10th and he never looked back as the challengers began to fade. As Koepka continued to struggle, South African Louis Oosthuizen became the main danger to the left-hander.
Mickelson leaked shots at both the 13th and 14th but Oosthuizen failed to capitalise, double-bogeying the tricky 13th hole. The result was Mickelson holding a three shot lead with four to go.
The veteran of umpteen major events had the luxury of taking a bogey at the treacherous 17th and walked to the 18th tee with a two shot lead. Koepka was back in the mix after birdies at the 15th and 16th but could not find the birdie he needed at the last for an outside chance of a play-off.

Koepka was disappointed with his final round and none too pleased with the crowds on the last.
"It would have been cool if I didn't have a knee injury and got dinged a few times in the knee in that crowd," said Koepka.
"It's cool for Phil. But getting dinged a few times isn't exactly my idea of fun."
European Ryder Cup captain Harrington rolled back the years as well as he carded a final round three-under 69 to finish in a share of fourth on two-under-par. The Irishman played alongside fellow countryman Shane Lowry who also was round in 69 to join Harrington in joint fourth.
"I don't think I have enjoyed a round of golf as much as I have playing with Shane," said Harrington.
Paul Casey of England was also in the group at two-under along with Harry Higgs of America, after his closing 71. Casey had briefly looked in the hunt after early birdies, but his putter deserted him once again as he faded out of contention.
Justin Rose had one of the rounds of the day with a five-under-par 67 that included eight birdies and left the Englishman in a group of eight in joint eighth place on one-under.
Elsewhere there were no last round fireworks for Rory McIlroy as he closed with a level par 72 to end the event well down the field on five-over. Other big names to struggle were Jordan Speith and Bryson DeChambeau, who closed with 74 and 77, respectively. 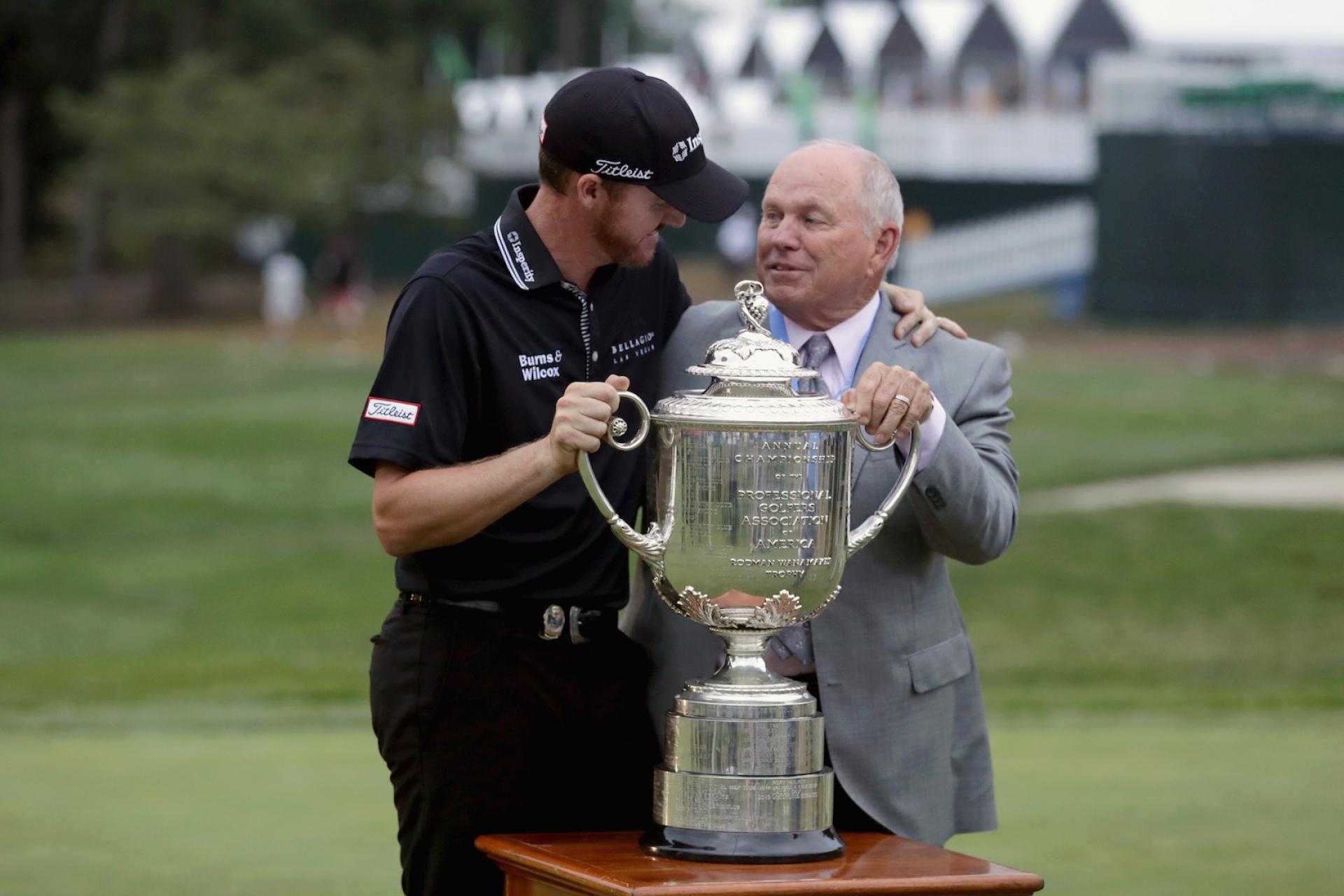 At the oldest of all majors