Patrick Reed, the overnight leader held off the challenge from Mexico’s Abraham Ancer and to win the Northern Trust by a shot. 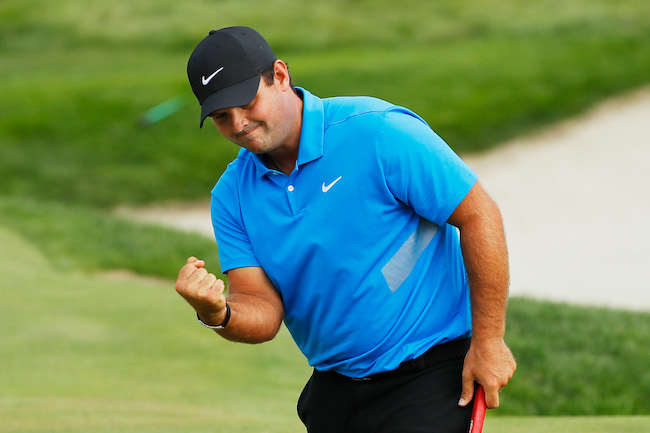 In doing so, Reed has not only bagged a very respectable $1.7m (about £1.4m at time of writing) but because of the complicated scoring system  has also vaulted himself from 48th to 2nd in the overall FedExCup Standings.

Patrick Reed, the 2018 Masters winner, also affectionately known as Captain America for his exploits in the Ryder Cup, or because he still wears the gear on the PGA, seems finally to have gotten over the hangover from his lone major victory. Reed showed some serious grit on the final day, holding off challenges from Spain’s Rahm and Ancer.

Rahm moved into the lead with three birdies in four holes on the front nine, further birdies came at the 12th and 13th and the Spaniard looked set for victory.  Unfortunately, a three putt on the 14th and finding a bunker on the 15th resulted in back to back bogey’s and Rahm faded to end up tied for third with American Harold Varner III.

Ancer played solidly with a bogey-free golf from the 7th tee in and birdies on the 16th and 17th gave him hope that he could force a playoff.  Sadly, a poor approach on the last effectively ended his challenge and his putt for birdie sailed 6 or so feet by the cup. However, Ancer should be consoled by his best ever PGA Tour finish.

Reed had an up and down front nine with three birdies and three bogeys and looked to be fading before a comeback started on the 14th where his wedge approach caught the ridge at the back of the green perfectly, sending the ball down to 8 feet from where he would hole for birdie.

Finding the thick rough right of 15th green Reed looked certain to drop a shot but he holed a gutsy 10-foot putt for par. A great pitch from 25 yards short of the 16th green to 4 feet set up the birdie that would put Reed back on top for good. After sinking his putt on 18th for the win Reed said "It's been a little too long!"

For the home contingent it was a pretty good tournament.  Rory McIlroy ended 12 under and tied in 6th with Ian Poulter and Justin Rose 11 under and tied 10th with all moving on to the BMW Championship.  Danny Willett, starting the day only three shots off the lead shot a four-over-par 74 to sadly fall out of contention for the competition but also out of the rankings to play at Medinah.

Mi Jung Hur fired a five-under-par 66, the joint lowest round of the day, in wet conditions to earn a four-stroke victory in the Aberdeen Standard Investments Ladies Scottish Open at The Renaissance Club. 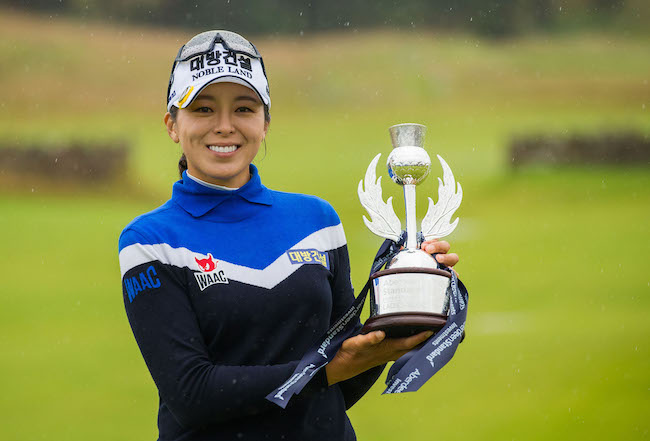 Links courses are the best, now!

The 29-year-old South Korean, who led by two at the halfway stage of the tournament after an impressive nine-under-par 62, came from a stroke back entering the final round to win on 20-under-par and had a bit of a revelation to make.

“Actually, I don’t like links courses, but after this week, I love them,” said Hur, whose neon yellow waterproofs were decorated with the slogan “Win at all costs.”

Hur began her final round with a bogey on the third hole and trailed after eight holes but made her first birdie of the day on the par three 9th, sinking a putt from six feet, to enter a four-way tie for the lead.

After making her fourth straight birdie putt, from around nine yards, on the par five 12th hole, she made another great putt from five feet on the 16th to take a three stroke advantage and polished off the round with her sixth birdie of the day on the last.

The US Women’s Open champion Jeongeun Lee6 (70) and third-round leader Moriya Jutanugarn (71) tied for second position on 16-under, with the 2017 champion Mi Hyang Lee a stroke back in fourth place and the 2018 winner Ariya Jutanugarn two shots further adrift in fifth.

For the British players it was a bit of a mixed bag.  Scotland’s Carly Booth finished joint ninth on 10 under but for two late bogey’s would have been higher up the leaderboard.  Five strokes further back were the English quartet Laura Davies, Georgia Hall, Bronte Law and Charley Hull all tied in 24th.

The first eight players have been confirmed for the 2019 European Solheim Cup team. 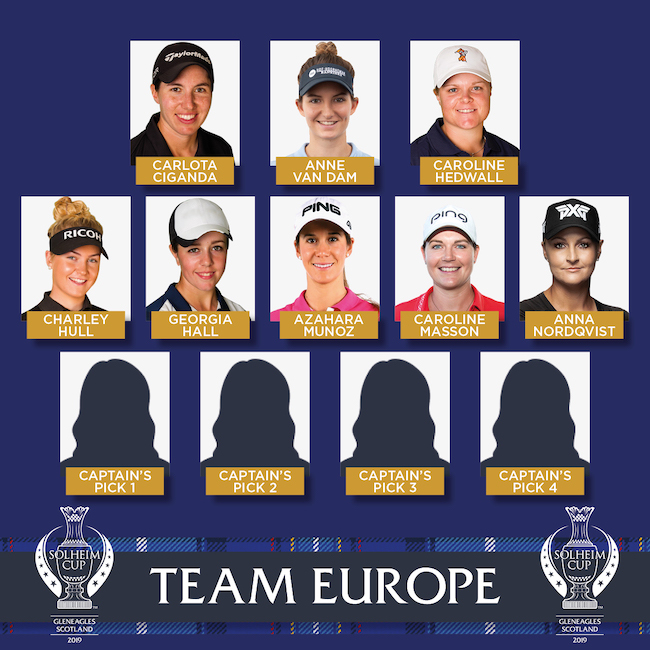 Captain Catriona Matthew will announce her four picks, live on Sky Sports Golf and Sky Sports News, at 2pm BST on Monday, 12th August, from Gleneagles with the US team to be confirmed after the CP Women’s Open next week.