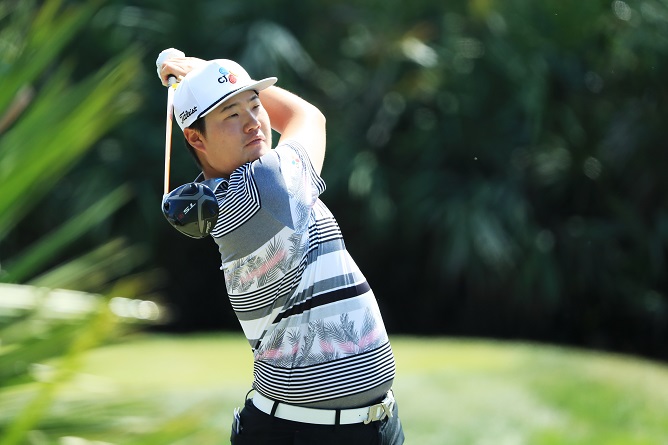 England's Tommy Fleetwood needed to birdie the par-five 18th hole to force a playoff with South Korea’s Sungjae Im but sadly found the water with his second shot to hand Im his first PGA Tour title.

Fleetwood, the overnight leader, had led by two at one point in his final round but found the conditions tough going. However, a birdie at the 17th had set up the chance to catch the strong finishing South Korean. An errant five wood cost him dear and he had to settle for third place.

“You live and die by the shots you hit and I had a chance on the last,” Fleetwood said. “My swing wasn’t there all day, to be honest.”

South Korean Im, 21, had got off to a great start with four birdies in his first five holes but like the rest of the field began to struggle in the breezy conditions. However, Im dug deep and managed to find birdies at the 15th and 17th, two of the three holes on the course's famous Bear Trap.

Im had to get up and down at the last to secure the one shot victory over Canada’s Mackenzie Hughes and after a great bunker shot the young Korean tapped in from three feet to grab his first tour title.

Lee Westwood shot a level-par 70 to finish joint fourth on three under alongside Americans Daniel Berger and Brendan Steele. Fellow Englishman Luke Donald was two shots further back in a tie for eleventh after a final round 72. 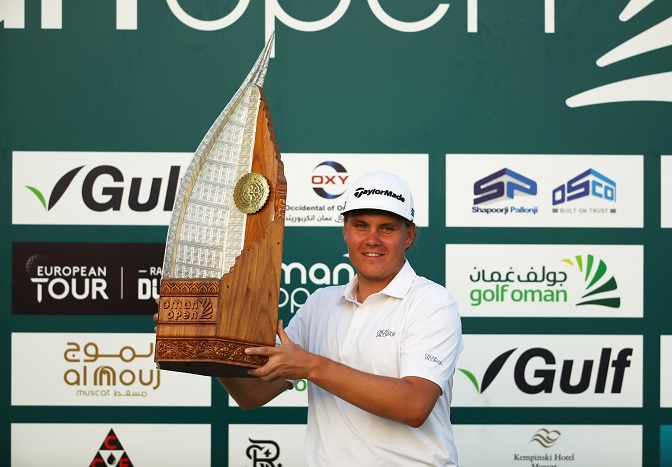 Sami Valimaki won his first European Tour title as he defeated Brandon Stone in a play-off to lift the trophy at the 2020 Oman Open.

The Finn was outside the top 100 after day one at Al Mouj Golf but a stunning 64 in round three put him alongside Stone in a six-way tie for the lead with 18 holes to play.

In difficult, breezy conditions by the coast, both Stone and Valimaki had held the lead on their own during the final day but it was Frenchman Adrien Saddier who set the clubhouse target at 12 under.

Stone celebrated wildly as he holed a 20 footer on the last to get to 13 under but there was more drama to come as Valimaki holed from a similar range for his birdie and a round of 70 to take the contest to extra holes.

The duo halved the 18th in pars twice but when Stone sent his second shot crashing into the stand on the third trip and failed to get up and down, a par was enough to hand Valimaki victory.

Valimaki had a stunning 2019 on the Pro Golf Tour, winning four times including three consecutive starts at the end of the season. The 21-year-old claimed his card at the Qualifying School and after securing a first top ten at the ISPS Handa Vic Open, he is now a winner in just his sixth European Tour event. 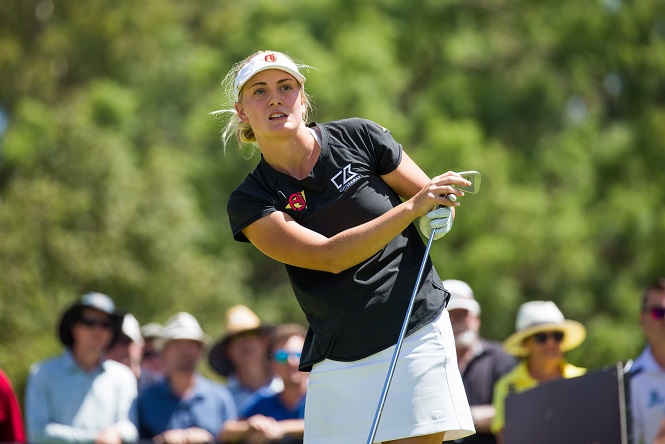 Julia Engström saved her best for last as she made a fantastic birdie two to win her first Ladies European Tour title at the Women’s New South Wales Open at Dubbo Golf Club.

The 18-year-old from Halmstad in southern Sweden began the final round five strokes behind the overnight leader, Manon De Roey, but put up a strong challenge from the outset, eventually drawing level with the leader after the Belgian bogeyed the 17th hole.

Engstrom conjured a piece of magic when she rifled a 5-iron from 193 yards to about two feet on the par-3 18th and holed her birdie putt in front of an enormous gallery on a sun-drenched day in Dubbo. De Roey missed the green and took a bogey, handing Engström a two-stroke victory on 14-under-par.

The win is the first for the third-year professional, who is still studying for two high school exams in Sweden and a sign of things to come from the exceptional talent, who last year was only second in driving distance to Anne Van Dam.

It was also redemption for her loss at the Magical Kenya Ladies Open in December, where she held a seven-stroke lead going into the final round, but finished third after a final round of 74.

“It’s been a great week and I’m just thrilled,” said Engström, the LET Rookie of the Year in 2017. “I bogeyed 18 in all three previous rounds and I decided that this time, I was not going to bogey it and I hit a great shot and I didn’t realise how close it was until I heard the reaction from the crowd. It was amazing and a great finish to a great week.”

De Roey had a shaky start when she pushed her opening drive right into the trees, but she quickly steadied the nerves.

However, a birdie-bogey turnaround on the second hole followed by a second Engström birdie on the third, where she made an up and down from a bunker, cut De Roey’s lead to two strokes.

De Roey jumped back into a four-shot lead with a twelve-foot birdie putt on the fifth hole, just as Engström made her first mistake, after fluffing a shot from a cart path after a monster drive which almost reached the green.

De Roey bogeyed the sixth but then both she and Engström birdied the long ninth and De Roey was back at 15-under with a three-stroke lead through the turn.

Both players birdied the long 12th, but then De Roey dropped four shots in the last six holes for a 75, as Engström conjured a piece of magic on the last for a 68.

De Roey finished in second, with Sweden’s Camilla Lennarth in third on 11-under-par.

“I tried not to focus on what she was doing and I didn’t know what the others were at, so I was just out there trying to play as well as I could and I played very solid at the end and finished up with a birdie,” said Engström.

“I’ve been close a few times and I’ve been waiting for a win, but you never know if it is going to happen. It’s great to finally get that win and be on top of the leader board.”

With her victory in the Women’s New South Wales Open, following on from a tie for seventh in the Australian Ladies Classic Bonville, Engström moved to the top of the Race to Costa Del Sol leader board and will take extra confidence into the next LET event, the Investec South African Women’s Open, which will take place in Cape Town in a fortnight. 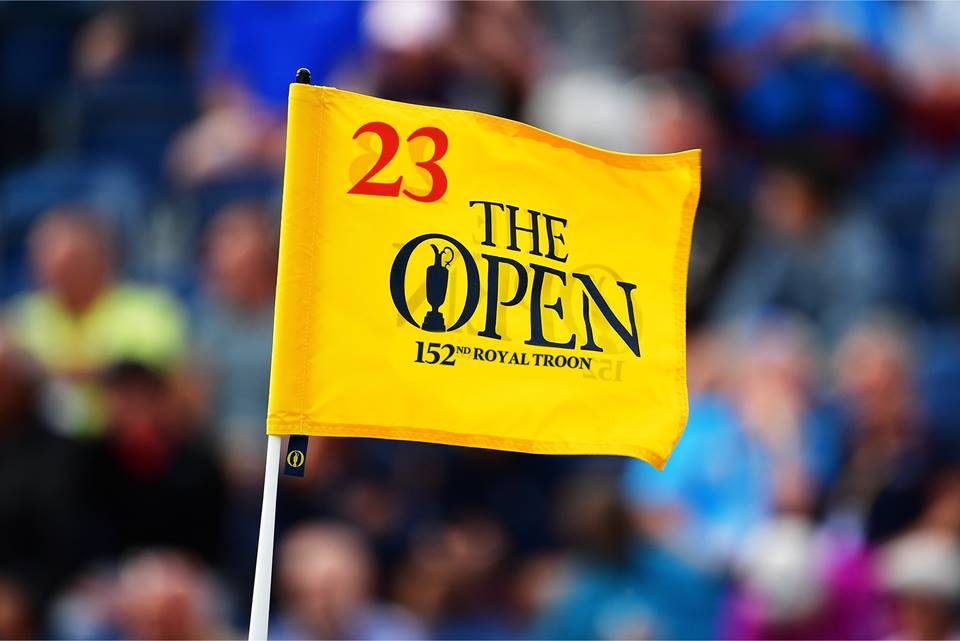