An insight into the economic benefits of The 147th Open at Carnoustie has been revealed through a survey conducted by Angus Council who manage Carnoustie Country, the region’s golf destination brand.

Carnoustie Country initiated a number of promotional activities in the run-up to and during golf’s blue-ribbon event, and then contacted the region’s 34 golf courses and accommodation providers to gather opinion, with some notable results.

Held in July, golf’s oldest Major was played in front of 172,000 spectators; a new record for Carnoustie, with Francesco Molinari becoming the first Italian to lift the famous Claret jug. While the packed grandstands witnessed history in the making, millions more watched on TV. The on-course drama was accompanied by an equally impressive upsurge in business at the region’s other golf courses.

Of the golf venues in Angus, Perthshire and Fife who responded to Carnoustie Country’s post-event survey, 78% recorded an increase in business activity during July compared to 12 months earlier. More specifically, 89% said their business had seen an upsurge in demand during the week of The Open (15-22 July) with some recording staggering year-on-year increases.

Cllr Ron Sturrock, spokesperson for economic development for Angus Council, said The 147th Open had presented an enormous opportunity for Carnoustie and its surrounding areas. “Our objective for The Open was to capitalise on the international spotlight that would be shone on Scotland. Through various initiatives and action plans, our team was able to achieve this, smashing previously held records along the way. With positive feedback emanating from various parts of the local economy, the 2018 Open will be regarded as one of the best ever to be held at Carnoustie.”

He continued: “Ticket sales were impressive and the TV coverage showed the enormous crowds that had travelled to the east coast of Scotland to enjoy an enthralling contest. One of the key objectives, however, was to ensure the economic benefits reached beyond the boundaries of the Championship Course at Carnoustie. With a dedicated promotional campaign to do just that, the region’s hotels and restaurants were among many to capitalise on an exceptional summer. The boost was perhaps most keenly felt at the region’s golfing venues which have returned some incredible figures.”

The feedback from the region’s golf clubs was overwhelmingly positive, with some noting three-figure jumps in business during The Open week. Indeed, one club recorded a 795% boost while another posted a 785% increase.

“The figures speak for themselves,” noted Andrew Crerar, PGA professional and director of golf, at Panmure Golf Club. “We got a massive upsurge in visitor bookings. It certainly surpassed my expectations and the club’s. We had a lot of bookings in advance, but we got a lot of calls during the week as well. Our figures are up for the year - even taking the July figures into account. It’s been good. As a destination, The Open has put us in the spotlight, and that won’t have done us any harm in terms of getting people to come back to Carnoustie Country.”

With a number of corporate events and visits from the likes of the R&A’s chief executive Martin Slumbers, nine-times Major winner Gary Player and the then world no1 Dustin Johnson, Panmure Golf Club experienced a busy week. It wasn’t alone.

“Montrose Golf Links was delighted to see an increase in visitor revenue on the back of The Open being held in Carnoustie Country,” said Claire Penman, deputy operations manager and company secretary at Montrose Golf Links. “July saw the official launch of our rebranded 1562 Course which celebrates golf being played at Montrose for more than 450 years. Together with The Open, this resulted in a significant increase in footfall to Montrose. It was great to see an increase of visitors playing Montrose and staying within the Carnoustie Country area.”

In July, Montrose Golf Links renamed its Medal Course - the fifth oldest in the world. The 1562 Course made its official debut as part of Montrose Open Week, with the combination of events prompting a surge in interest.

Further down the coast at Monifieth, the opportunities presented by The Open were also being welcomed. “Our visitor revenue during this period was far in excess of our usual income at this time of year, and all the staff and members revelled in the buzz,” admitted Jan Brodie, managing secretary at Monifieth Golf Club where the legendary golfer Tom Watson first tried links golf in 1975. “In total, we took in about 20% of annual visitor income in that one week. That’s massive for us.”

She continued: “The financial bonus is clearly a huge benefit to courses like ourselves however, more importantly it allowed us to showcase our area and all the quality courses Carnoustie Country has to offer. If people who visited Monifieth this summer go home and tell others, that will hopefully be a foundation for us to build on. The Open has been invaluable, but we are also trying to raise our profile. If this summer helps us achieve that goal that will be even more beneficial in the long term.”

The Carnoustie Country region has hosted The Open Championship on eight occasions. Located just 45 minutes from St Andrews, Carnoustie Country is easily accessed from Edinburgh, Glasgow and Aberdeen airports via excellent road and rail networks. Even closer is the city of Dundee which was named by The Wall Street Journal as one of the world’s 10 must-see destinations and home to the recently opened V&A Museum – the world’s leading museum of art and design.

An Unexpected Gem - Golf in the Czech Republic 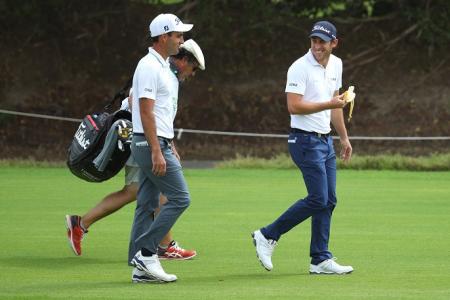