Nelly Korda shot a four-under 67 to win the Lacoste Ladies Open to take her first European Title.  Blustery conditions made it challenging at Golf du Medoc and despite being in a final round containing two local favourites, Korda managed to hold off Joanna Klattern and Céline Boutier for her maiden win on this side of the pond. 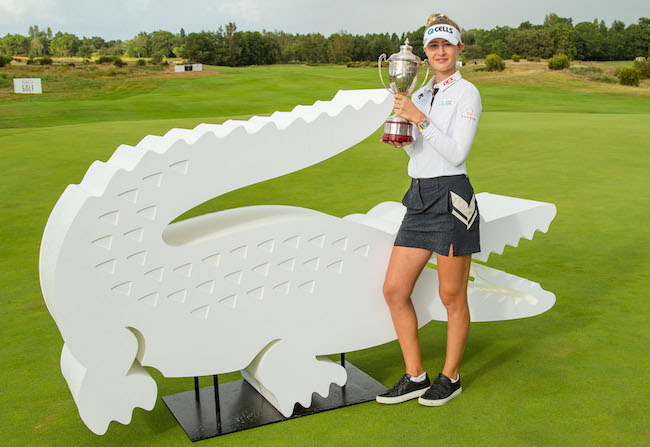 Locals "snapping" at her heels but Korda stands firm...

Korda, who has won two titles on the LPGA Tour, held a one-shot lead heading into the final round, but she carded six birdies and two bogeys on an inclement final day for a total of 15-under-par to win by a relatively straight forward looking eight shots.

“Conditions were tough, but I tried to stay level headed and I tried to keep my head down and make as many birdies as possible,” said Nelly whom, together with her sister Jessica, was the joint leading points’ scorer for the United States Solheim Cup team at Gleneagles last weekend. 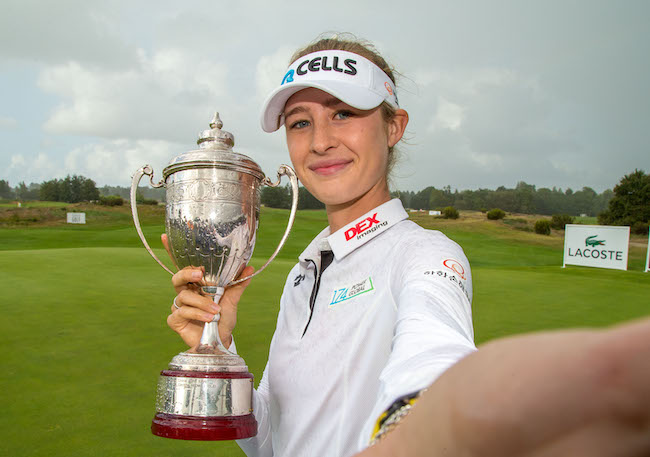 But first, let me take a selfie!

“I was consistent and hit a lot of fairways and greens, so I gave myself a lot of opportunities and my putting was quite good. I played really well last week and unfortunately we didn’t get the win, but I’ve been playing really solidly.”

Korda had led by six at the tournament’s halfway stage before Klatten shot up the leaderboard with a back nine of 29 in her third round. However, the home hope had a nightmare start and was pretty much out of contention with an eight over nightmare first six holes.  Korda made her first birdie on the third before a bogey on the seventh gave Boutier hope.  Nelly then extinguished that with a run of six birdies from the ninth onwards to gain a seven-stroke advantage with the only blot being a bogey on the 13th. 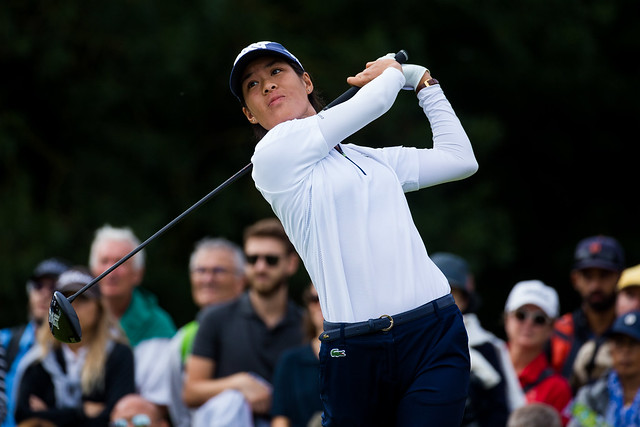 Boutier giving it some pasty, or is it le pasty?

Boutier sadly could not match this and signed for a round which contained three birdies and three bogeys for a level par 71. She said “I’m very excited about the result because right after Solheim, I didn’t know what to expect, physically and mentally after that week. Nelly played very well and it was going to be hard to catch her, especially in those conditions, so I’m happy with the result.”

Having been eight-over-par for her first six holes, Klatten rallied with birdies on seven, nine, 14 and 16 and was happy with a five-over-par 76. “It was a very eventful round. I played solid but I had three disastrous holes, so if you take those out of the equation, I played pretty solid and it was a third-place finish, so I’m okay” said Joanna. 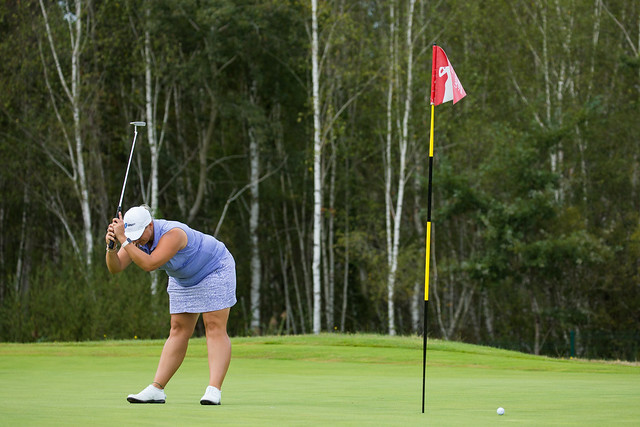 Charlotte, we hate to interupt, but we're not sure you use it like that!?