Dustin Johnson teed off five shots clear in the final round of the PGA Tour finale Tour Championship and as expected, it was pretty much plain sailing. His lead was cut to two at one point as Justin Thomas and Xander Schauffele took a run at the world number one but a birdie at the last capped off a final round 68 and a three-shot victory.

In this obscene season end shovelling of the cash, Johnson needed one large wheelbarrow as he shuffled off with $15 million for his efforts at East lake. The next six in the list won a seven-figure sum with seventh place Tyrrell Hatton of England banking $1.3 million.
The man from South Carolina can now put away the demons of 2016 when he blew a chance to take home the FedEx Cup. He was not unsurprisingly upbeat following his win.
“I wanted to be a FedEx champion, it’s something in my career I always wanted to be,” Johnson said.
“No lead is safe around here, I knew I’d have to play well. I hit the fairways when I needed to, but the guys put up a good fight. Now, a few days off before the next major.”
The tall languid American is the man in form and will tee up at Winged Foot next week as the clear favourite to take his second US Open title. It is indeed time that Johnson added to his single major victory as he has come close in recent years with three second places.

Johnson started his final round well and still led by five after his first six holes however he then slipped up with bogies at the 7th and 8th holes.  Justin Thomas had five birdies in his opening nine holes and at one point got to within two shots of the leader as did fellow American Xander Schauffele.
However, Johnson was not to be denied as he strung together eight consecutive pars from the turn followed by a solid birdie four at the par five 18th hole to finish on twenty-one under par.
Thomas and Schauffele shared second place three shots back on eighteen-under-par for which both men trousered $4.5 million.
World number two, Jon Rahm closed with a round of 66 to sit alone in fourth one shot back with Scottie Scheffler a further three shots back in fifth.
Best of the Brits was England’s Tyrell Hatton who made up somewhat for his disappointing third round showing with a final round 66. Hatton finished up one shot ahead of defending champion Rory McIlroy on twelve-under-par.

In the slightly strange format of the Tour Championship, Johnson had started the event on ten under par as the top-ranked player with Jon Rahm on eight under and the field handicapped based on where they finished in the top 30 list.
Justin Thomas teed off at seven under, Webb Simpson six under and Collin Morikawa at five under. The following seeds 6-10 began at four-under; seeds 11-15 three-under; and so on, down to seeds 26-30, who start at level par. 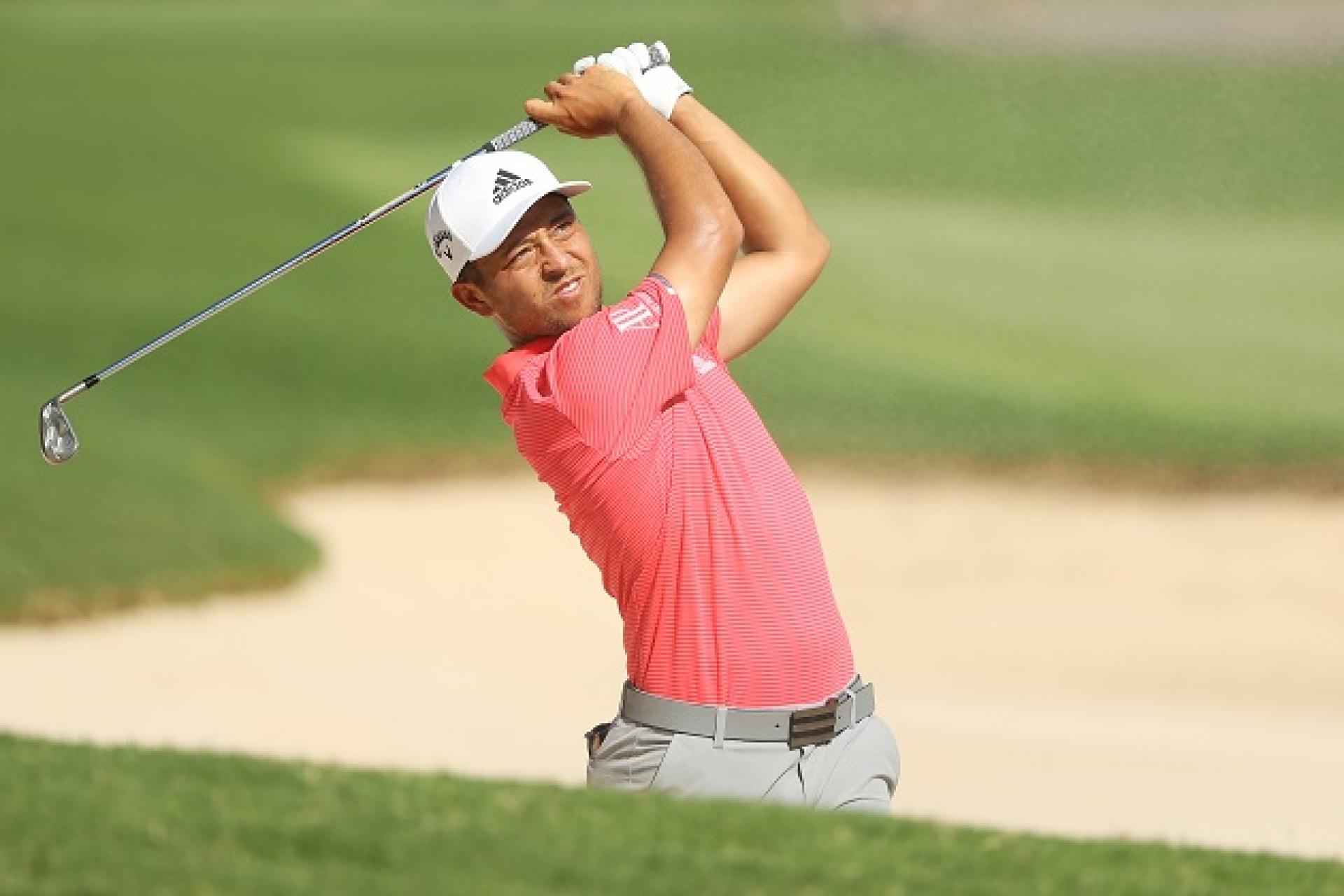