Latest  >  Gmac qualifies for The Open

Gmac qualifies for The Open

It was a great day for Northern Ireland at the final day of Canadian Open from Hamilton Golf and Country Club. Rory McIlroy shot an incredible nine under 61 to take the title by 7 shots and Graeme McDowell finished in the top ten and qualified for The Open. 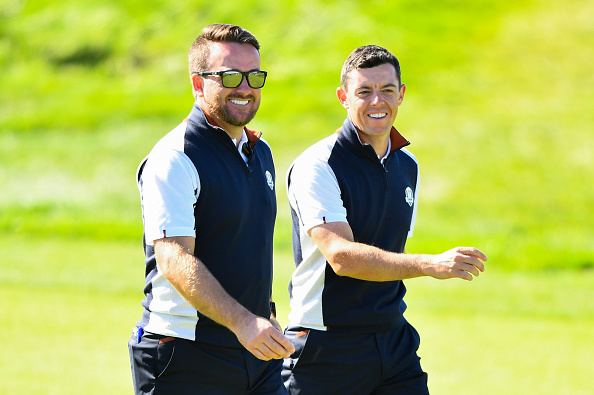 You didn't say we were wearing shades!

We can now stop banging on about how Gmac had to be at The Open and its probably a good thing as our man was getting a wee bit stressed about all the attention. Talking after the third round he even said he’d rather win the Canadian Open and not play at Royal Portrush – debatable we think given his comments on qualifying.

"Just to play a small part in getting The Open back to Royal Portrush was one of the prouder moments in my career and it would have been extremely bittersweet for me not to be playing in the field.”

Our Graeme did not do much for our blood pressure when he struggled up the 18th. However, the man held his nerve, holing from 30 feet for a par and that spot in The Open. ‘Yo the man’ as some might say or shout.

Rory McIlroy had a spectacular round and stood on the final tee needing a birdie to join the 59 club. Sadly, he found the greenside bunker and could only make bogey. However, that was good enough for an impressive victory by 7 shots, the biggest margin of victory in the event for 67 years.

Webb Simpson of America and Ireland’s Shane Lowry shared second place, on fifteen under, after rounds of 68 and 67 respectively.

McIlroy was in imperious form shooting five birdies on his front nine and turning in 30. On his way home he produced four consecutive birdies from the 11th and eagled the long 17th. The only blemishes on his card were a bogey at the par three 16th and the bogey at the 18th.

"I played with so much freedom over the weekend, more freedom than I've had for a while, which is exciting.” McIlroy told Sky Sports. "To get a win going into next week is huge."

World number one Brook Koepka, who heads to Pebble Beach to defend his US Open title next week, had a closing 70 to finish on two under and tied fiftieth. Dustin Johnson finished tied twentieth on seven under after a 69.

Georgia Hall MBE, Come on down!

Official club sponsor demonstrates its commitment to the women's game